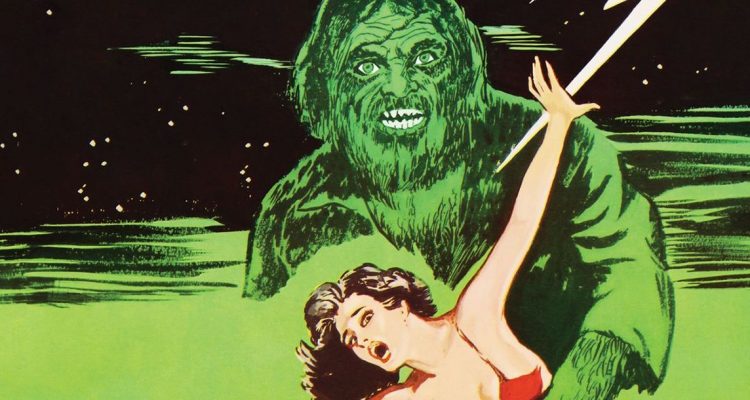 A woodsy slasher before there was ever such a thing, Giant From the Unknown is your basic stalk and slash horror film, but done under the old ’50s spooky creature feature moniker. It’s fun!

Scientists and explorers in Big Bear accidentally unearth and run afoul of a resurrected conquistador who has only one purpose in life: To kill!

A respected scientist and his grown daughter travel to Big Bear on a quest to find some ancient Spanish artifacts he’s certain are buried beneath the soil somewhere in the mountains. They’re joined by a researcher who is familiar with the area, but upon their arrival they are informed by the local sheriff and frightened townsfolk that a series of brutal killings in the mountains might have been perpetrated by either a bear … or a crazed lunatic! With a troubled young man in town who tends to go off grid for weeks at a time and a vagrant Native American who lives alone in the wilderness being the two prime suspects for the killings, everyone will be shocked to learn that a resurrected conquistador (played by former boxer Buddy Bear, who stood at almost seven feet tall) has awoken from the grave and has donned his old, rotting armor and is out to kill anything and anyone who moves.

A woodsy slasher before there was ever such a thing, Giant From the Unknown is your basic stalk and slash horror film, but done under the old ’50s spooky creature feature moniker. It’s fun! The killer is a hulking terror without an ounce of humanity to him (what’s his motivation? what’s on his agenda? Kill!), and he’s basically a template for Madman Marz from Madman and the iconic Jason Voorhees from all the Friday the 13th movies. He’s unstoppable, and he has a one-track mind, which makes him pretty scary. Director Richard E. Cunha makes the proceedings fun, and there’s a pretty high body count too, so horror fans should take a gander at this and see where their favorite woodsy slashers were birthed from.

The newly released Blu-ray of Giant From the Unknown from The Film Detective Releasing looks pretty great in a new 4K transfer, and the disc includes two new audio commentaries, new interviews, a booklet with an informative essay, and the trailer. 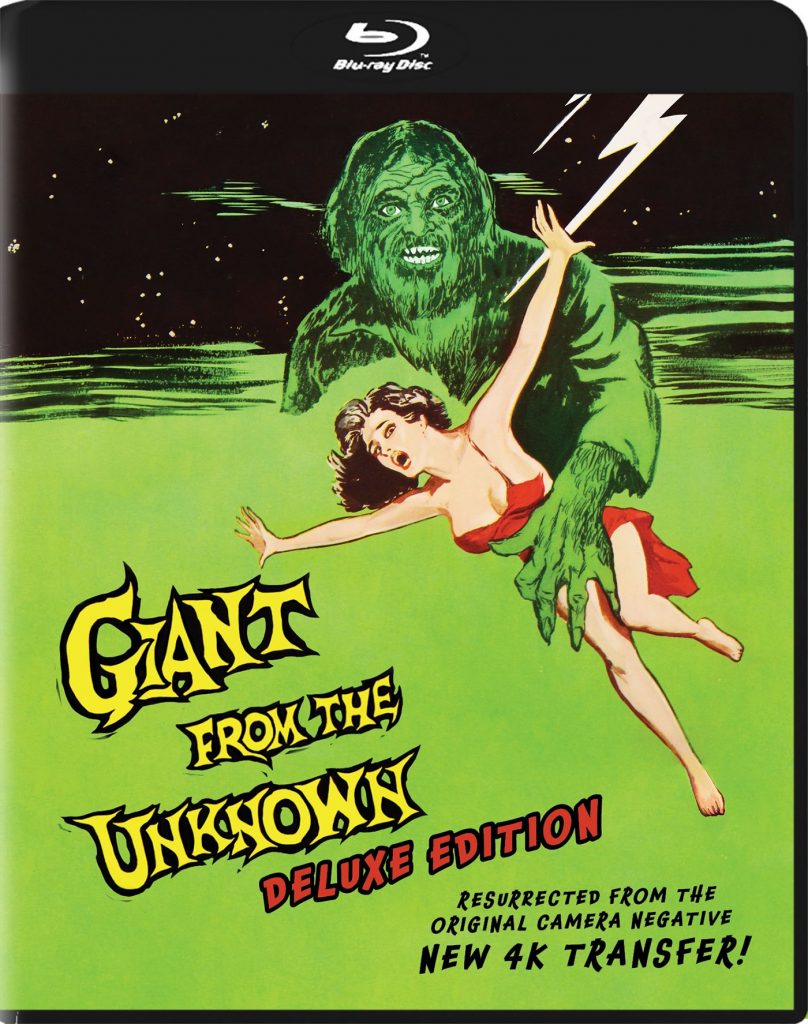