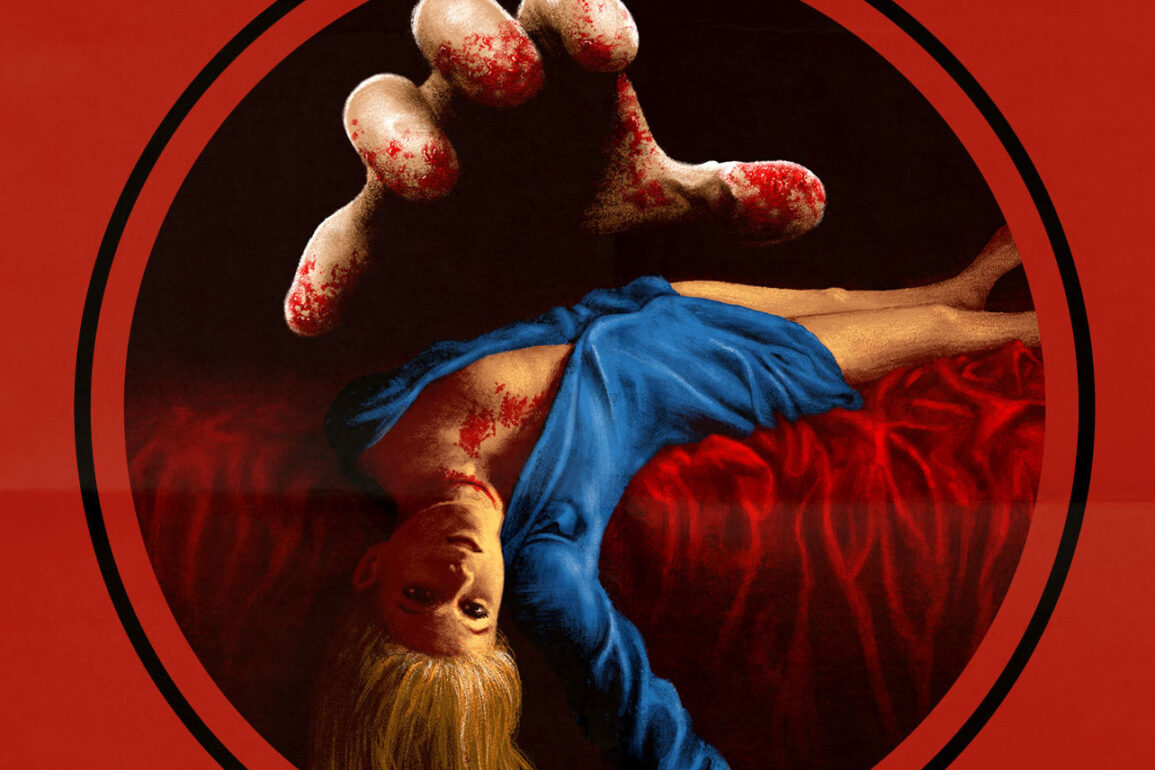 All three films in this set are worth exploring, and the collection is up to Arrow’s usual high standards.

An alcoholic journalist finds himself on the trail of a murderer after the police make him a suspect in their investigation.

A man is attacked in a park, and police begin an investigation. Not long after, an invalid woman is murdered in her own house. After both crimes, a washed out, boozy crime journalist named Andrea Bild (Franco Nero) comes to cover the story, and police are mildly surprised that he knew both victims. At the scene of these events, the perpetrator left behind a black glove with a finger cut off, signifying that a pattern – or a serial crime – is afoot. When a third victim is found later – also someone Andrea was acquainted with – he is declared a suspect – and it becomes apparent that either Andrea is the killer, or the killer is someone with his – or her – eye on him. As more victims are found over the course of the next few months (all killed or attacked on a Tuesday), the plot heats up as Andrea must shake the killer or the cops off his trail while he’s searching for answers.

A great looking Italian Poliziotteschi film cross pollinated with a giallo, The Fifth Cord doesn’t really excite with its plot, but the cinematography by Oscar winner Vittorio Storaro makes it seem like more is going on than what is actually happening. The movie features Nero as a misogynist, alcoholic nihilist, and he engages in a few fisticuffs, but the movie is a little draggy. Fans of these genres may notch it higher than others would. From director Luigi Bazzoni.

Arrow Video’s brand new 2K restoration of The Fifth Cord is nicely presented in their new blu ray release. The picture and sound quality are up to Arrow’s usually high standards, and bonus features include a new audio commentary by film critic Travis Crawford, a new video essay, new video interviews (one featuring Nero), and choice tidbits, including a rare deleted sequence, trailers, an image gallery, and more.

The corpse of a naked woman is found on the beach, and with her face and identity blurred with burns and mutilations, the mystery intensifies as to who she was and why she was so brutally murdered.

After the brutally maimed naked corpse of a young woman is found on an Australian beach by some young children, a retired police detective (played by Ray Milland) is called in to assist with the investigation. The woman’s face is burned and beaten beyond recognition, and there are little clues as to who she was. First, she was wrapped in yellow pyjamas and a grain or rice sack. Second, she had recently been raped or engaged in intercourse with several men. When the detective and the department struggle in their investigations, they decide to display her naked body in a public space (which is totally bizarre) to see if anyone can offer help as to her identity. When some people profess that they knew her (offering clues that aren’t visible on her corpse), it slowly becomes clear as to who she was. The woman was a beautiful young waitress named Linda (played by the gorgeous Dalila Di Lazzaro) who was involved with a number of men who used her for her beauty. She was married to an Italian immigrant who didn’t love her, slept around with a German immigrant who could never possibly possess her the way he wanted to, and had an older lover who treated her well until he didn’t. Men lusted after her, but she loved none of them, and when she finally decided to leave her husband, she embarked on a doomed road trip that would lead to her grisly death. We see the events leading up to her demise, and her last day was a depressing, ghastly series of desperate events that had her whoring herself out to disgusting strangers in a gang bang for a few bucks to get by. It was inevitable that she would meet her end in such a horrible way, and when the police figure out what happened, her killer(s) make a made dash to escape, culminating in a climax that ties up all the loose ends.

A sad, uncomfortable viewing experience, The Pyjama Girl Case is a pseudo-giallo without the typical trappings of the genre, but acts like one with its procedural detectives versus the killer structure that works almost in reverse with half the film focusing on flashbacks to the victim’s depressing life. There are some seriously messed up scenes in the film, including the sickening gangbang and then the displaying of the woman’s corpse to the ogle-eyed public, who salivate and eat popcorn as they behold the dead woman’s lack of dignity in death. There’s a strong undercurrent of sadness and hopelessness to this movie, and it’s not at all like any other giallo I’ve ever seen. Di Lazzaro gives a brave, dedicated and fearless performance, and she is the reason the movie works the way it does. From diretor Flavio Mogherini.

Arrow’s 2K restoration of the film is sharp and beautiful, and the disc comes with a commentary by an expert on giallos, plus interviews, an image gallery, and more.

A novelist returns to a small town where he once stayed to see if he can reconnect with a woman he was attracted to … but finds that she is dead, and her death has a pall of mystery around it.

After a year, a novelist named Bernard (Peter Baldwin) returns to a small town to write in seclusion at a little hotel, but he has an ulterior motive: He wants to reconnect with a beautiful young woman he met the last time he was in town. After asking around for her, he is told that the woman named Tilde (Virna Lisi) he fell in love with recently committed suicide, but there’s something very unusual about the circumstances around her death. For starters, her throat had been cut, which makes suicide a remote possibility, but since the authorities declared it so, the matter has rested … until Bernard starts poking around. He discovers that Tilde was pregnant and that she had multiple relationships in town, and when he begins asking questions where he shouldn’t he finds himself in the middle of a tricky situation when her possible murderer comes after him.

Shot in moody black and white in a very stylish way, the film noir-ish mystery The Possessed is billed as a very early prototype of what would become known as the Italian giallo. Sexy, languid, and strangely compelling, this film does indeed resemble its future incarnations that would become a verifiable genre unto itself, this one relies on aloof characterizations, stylishly lit and photographed smoky atmospheres, and just the right amount of violence and implied sexuality that give it its own identity. It’s not a classic in any way, but it’s clear that it was striving for something just beyond its reach, which other filmmakers down the line would firmly establish as a household industry. From directors Luigi Bazzoni and Franco Rossellini.

Arrow’s 2K restoration of The Possessed looks and sounds quite vibrant, and Italian and English audio tracks are available. The disc comes with an audio commentary by critic and historian Tim Lucas, as well as a video appreciation, interviews, trailers, and a reversible sleeve. 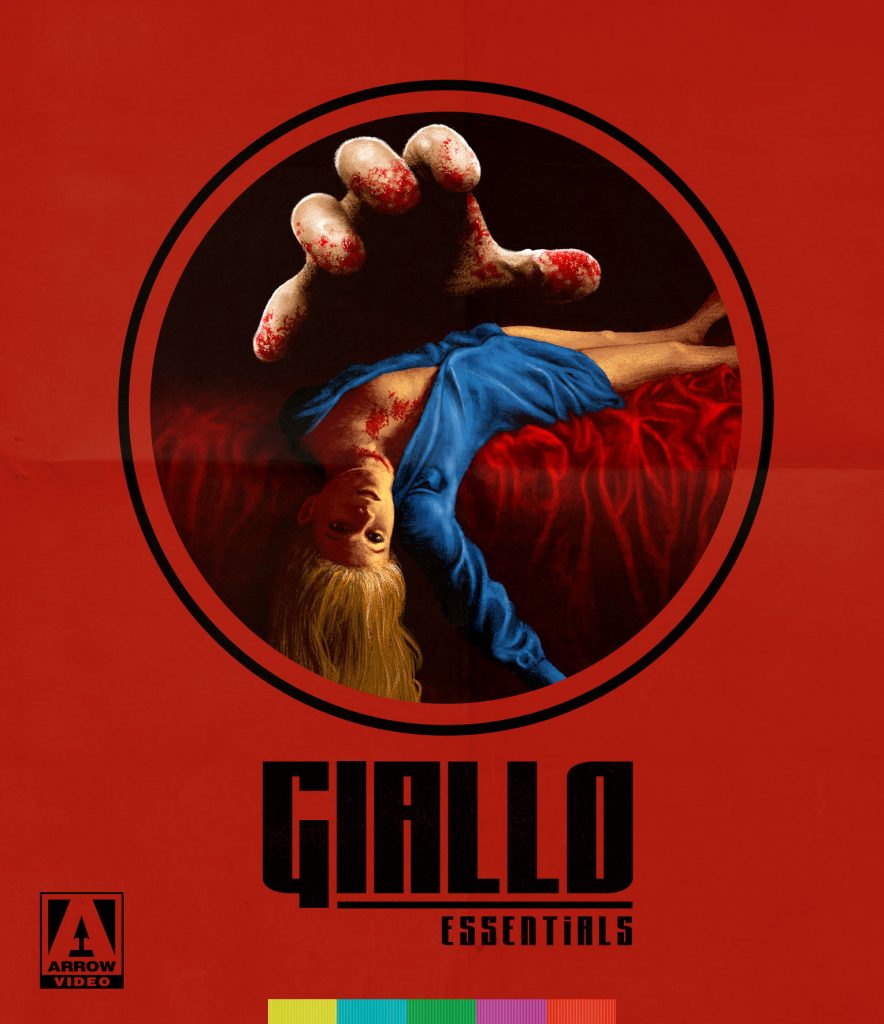