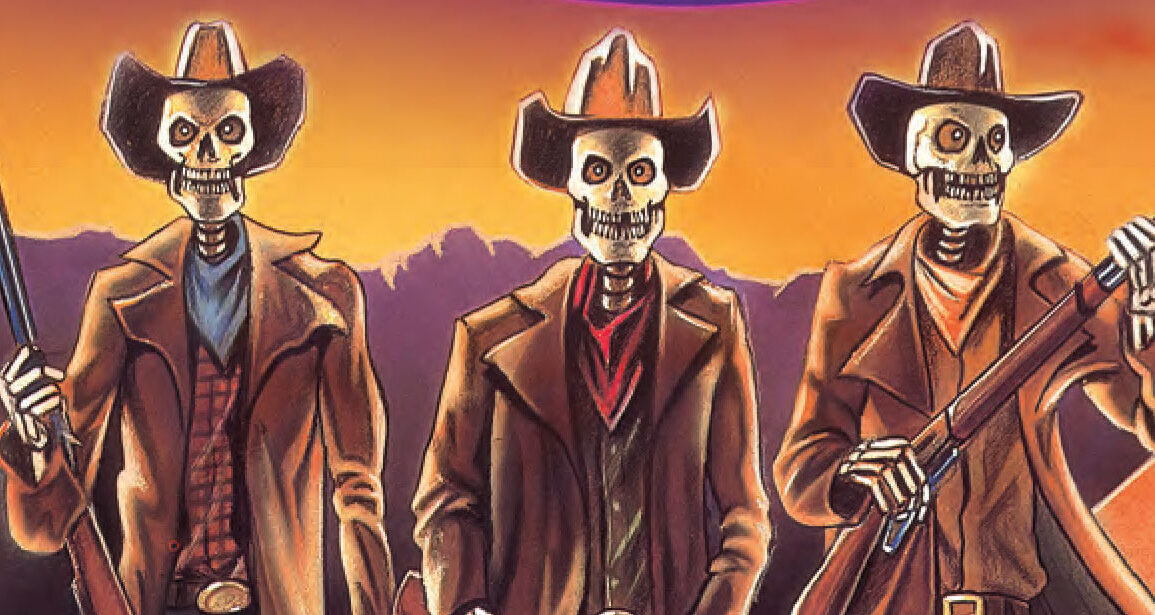 A straightforward supernatural action film with lots (and lots) of gunfire, blood squib packs, and running and ducking, Ghostriders is a nifty little independent effort from filmmaker Alan L. Stewart that gives about as much as it can on a thrifty budget.

A curse brings a posse of bad cowboys back from hell to wreak vengeance on a small town a hundreds years after they all died.

A vicious gang of renegade outlaws are executed by a lynch mob, but before the outlaw leader is hung, he curses the town and the ancestors who will inherit the sins of their fathers a hundreds years thence. The years pass undisturbed until the centennial anniversary of the lynching approaches. An old professor and his sons are stunned when the town becomes overrun with the resurrected cowboy corpses of those hung long ago, and they find themselves the targets of the unstoppable killers wielding their six-shooters. The professor is wounded and his grown sons and a cute girlfriend must fight for their survival as they hide out in the woods as the renegades unleash an onslaught of bullets at them. No earthly weapon can stop them: only a single sawed-off shotgun once owned by the outlaw gang leader has the power to do any real damage, but until the mortals figure it out, there will be hell to pay over the night as the hellish killers come for unholy retribution.

A straightforward supernatural action film with lots (and lots) of gunfire, blood squib packs, and running and ducking, Ghostriders is a nifty little independent effort from filmmaker Alan L. Stewart that gives about as much as it can on a thrifty budget. In a lot of ways it feels like an old cowboy stunt show you’d used to see back at Knott’s Berry Farm or Universal Studios back in the day, but with undead cowboys who can’t be stopped with bullets. It never quite reaches into the horror genre the way you might expect it to, but it stands its ground in the western genre and stays there, despite taking place in a modern setting. Most of the cast were unknowns and stayed that way.

A recent Blu-ray release from MVD Visual resurrects this genre film and presents it in high definition for the first time, adding some newly produced bonus content, including an audio commentary moderated by filmmaker Steve Latshaw, a new documentary about the film, as well as a vintage doc, plus a photo gallery, the trailer, and more. 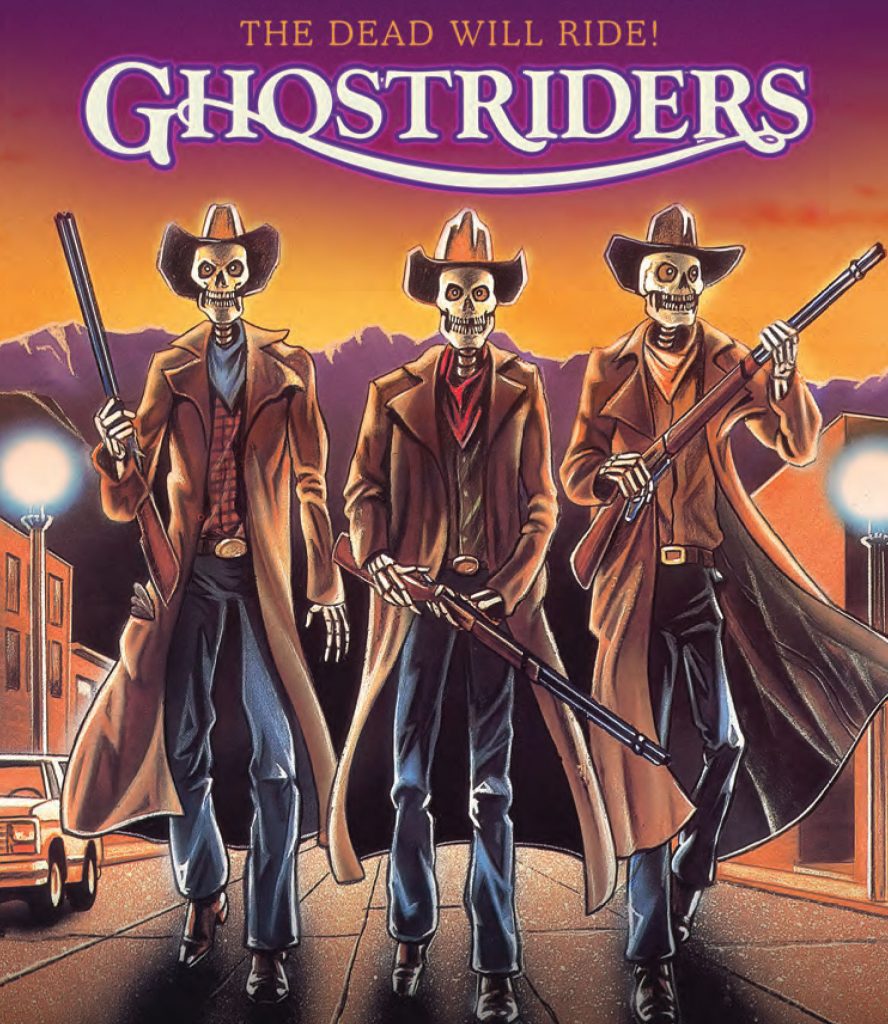