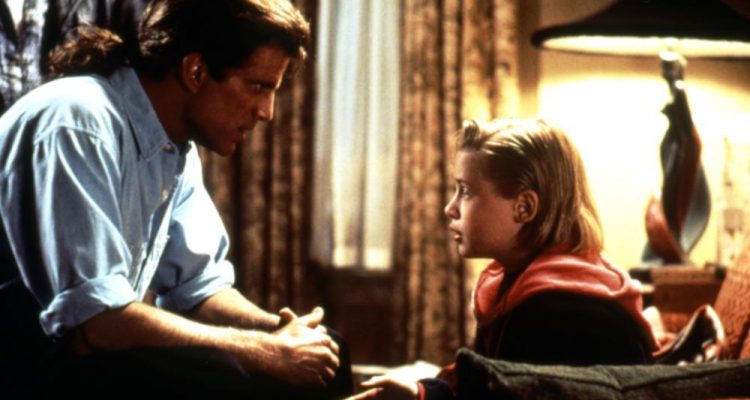 GETTING EVEN WITH DAD, Ted Danson, Macaulay Culkin, 1994, (c)MGM

Getting Even With Dad (1994) MVD Marquee Collection Blu-ray Review

Getting Even With Dad doesn’t pander to its audience, and in fact the characters all seem to inhabit a very mature world where a child can exist and deal with some problematic situations in a slightly sensational way.

Plot: A thief’s son cons his father into spending more time with him.

Review: Ex con Ray (Ted Danson with a major mullet) and two of his cronies (Saul Rubinek and Gailard Sartain) are planning to execute a coin heist worth one and a half million bucks (about $750,000 after the fence takes his fee), and on the day the heist is to take place, Ray’s son Timmy (Macaulay Culkin), whom he hasn’t seen in years, is dropped off by Ray’s sister who no longer wishes to care for him. Ray is stuck with his kid on the most important day of his life, and what’s worse is that Timmy is a sharp shooter for his weakness, and that is to point out the fact that he’s been a terrible father and that this is his chance to man up and become the father Timmy needs. But Ray isn’t having it: he and his partners rob the coins, but before any of them can enjoy their spoils, Timmy steals the coins from them, hides the stash and forces his dad to take him out on a week-long hang out spree with ballgames, trips to museums and amusement parks, and the works, and by the end of the week he’ll divulge where he hid the coins. Ray hates the idea, but goes along with the scheme, and unbeknownst to them both is that there’s a pretty cop (Glenne Headly) on their trail, watching their every move because Ray is the prime suspect in the coin heist. Things don’t exactly go as planned for any of them, because Timmy begins to feel what it’s like to have a dad for a week, but Ray still values the loot over his love, but Ray’s icy heart eventually melts, particularly because the pretty cop on the case also accidentally joins their lives for a few days and sees that Ray is actually a really sweet guy going through a midlife crisis with his kid in the middle.

I didn’t see Getting Even With Dad in the theater when it was first released, although I saw it once on home video shortly after it hit video store shelves, and I can say that time has been very kind to it. It doesn’t pander to its audience, and in fact the characters all seem to inhabit a very mature world where a child can exist and deal with some problematic situations in a slightly sensational way. Culkin’s character is smarter than anyone in the movie, and while that may seem ridiculous you just have to remember who his character is dealing with: dumb ex-cons. Culkin was right at the end of his cinematic tenure, but at the height of his paydays here, and while he’s okay in the role, he doesn’t oversell it in any way. If anything, he underplays the part. Danson is good, and Headly is adorable. Howard Deutch directs.

MVD Marquee Collection’s Blu-ray presents the film in high definition with a “making of” feature, a music montage featurette, and two trailers. 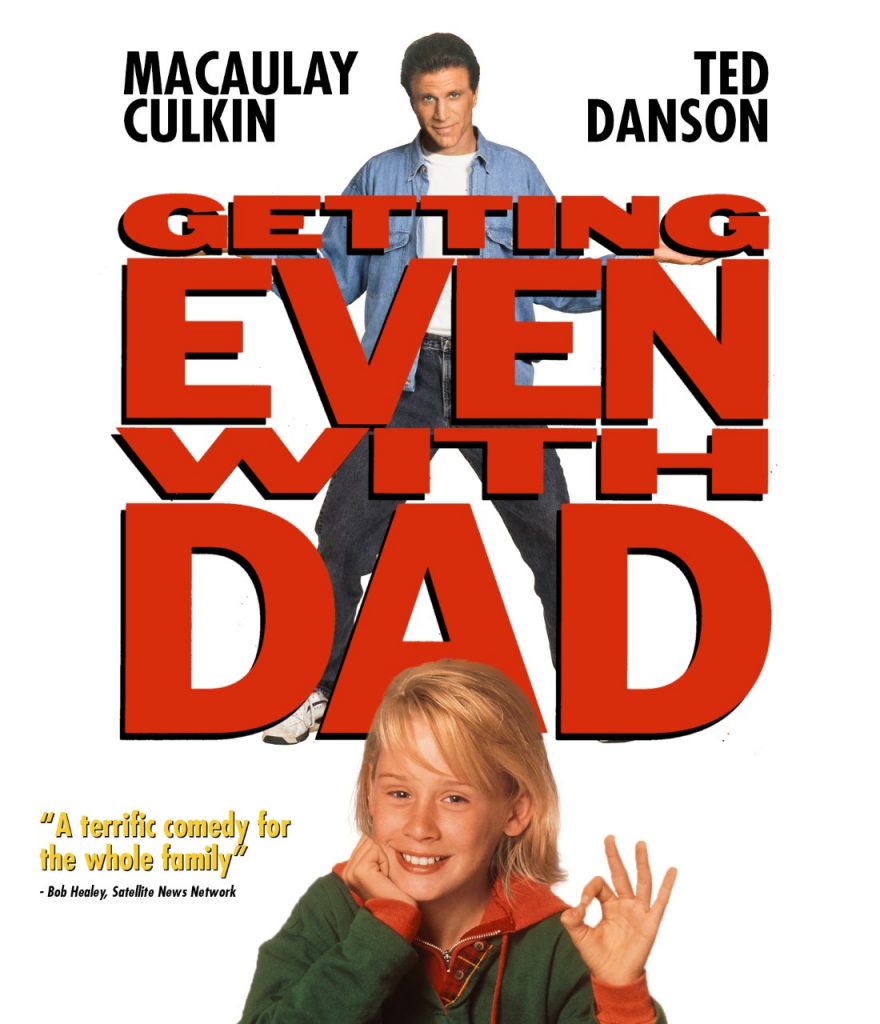