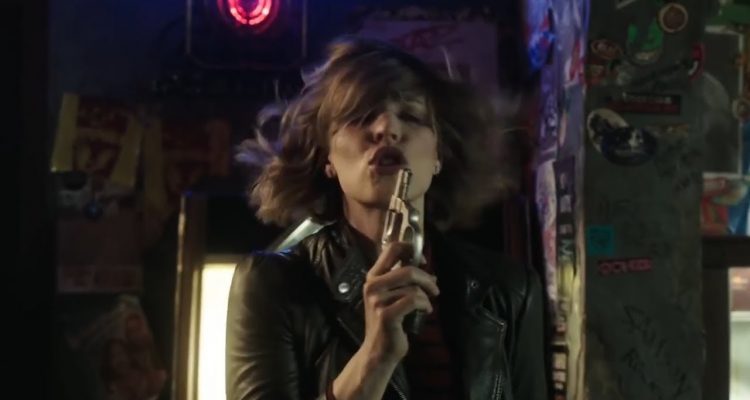 Game Night had the potential to be an awesome movie; instead, because of some unnecessary parts and unfunny humour, it will have to settle for just being very good.

Plot: Seven friends who gather for a role-playing game night are thrown into a world of intrigue when one is kidnapped at the onset of the game.

Summary: I had no intention of watching this movie. When I saw the trailers, quite frankly, it looked like garbage, like a lot of the terrible comedy movies are circulating through multiplexes these days. My dad ended up seeing it and told me that it was actually pretty good, which is why I ended up here, writing this review.

I read a little about the critic’s thoughts on this (because I’m an idiot and a glutton for punishment), and noted that one of the main strengths, in their collective opinions, was the story of the movie. Watching it, it’s okay. I mean, there are a few surprises, and it does keep you guessing about what’s coming next, so that’s good, but I think, in some terms, it was trying to be a little too clever for its own good.

My main beef with the movie is the humour.  It’s not complete garbage, and there were a few funny moments (more on that later), but there’s a bunch of stuff in there that’s not really necessary and not really funny. For instance, there’s an ongoing joke throughout the movie that one of the characters believes that she slept with a celebrity, and her husband tries to figure out who the celebrity is. They keep going back and back to this joke throughout all the zaniness that takes place in the movie, and when they get to the punchline – it’s not funny.  It’s not crude, I wasn’t all disgusted or outraged (I leave outrage to cancel culture folks), but it just wasn’t funny, and certainly wasn’t worth referencing throughout. That’s only one example of the misses in humour I found in the flick.

The performances were generally good. I am not a huge Jason Bateman or Rachel McAdams fan, but they’re adequate as the leads. I think the two standouts were really Jesse Plemons, of Breaking Bad and Fargo fame, and Billy Magnusson, who plays the archetypical dumb guy of the group. Plemons, who received an award nomination from the Detroit Film Critics Society for his performance as the socially awkward next-door neighbour, is hands-down the best thing about the movie. His deadpan, awkward performance is just so on point, I can’t do it justice here.  Magnusson has the funniest scene in the entire film, and he’s a constant source of laughs throughout. Whoever decided to pair him with Irish comedienne Sharon Horgan deserves a raise, because they were both just so good together.

I will give it up to the directors as well, they really knew how to shoot the action. At one point, there is a game of keep-away being played with a Faberge egg through the rooms of a mansion, and just how it was filmed was so awesome, it really got you into the action. Even though this movie was filmed mostly at night and had action bits here and there, I could see everything clearly, and it was all well-framed, well-lit and well-choreographed.

So, did I enjoy this movie? For the most part, yes. It kept me more-or-less entertained throughout, and none of the humour made me want to turn it off and leave, even though there was quite a bit that just fell flat for me. I won’t rave that it’s a brilliant picture or one that you have to run out and see, but it was an overall good time and one that I will pop back into the Blu-Ray player again.