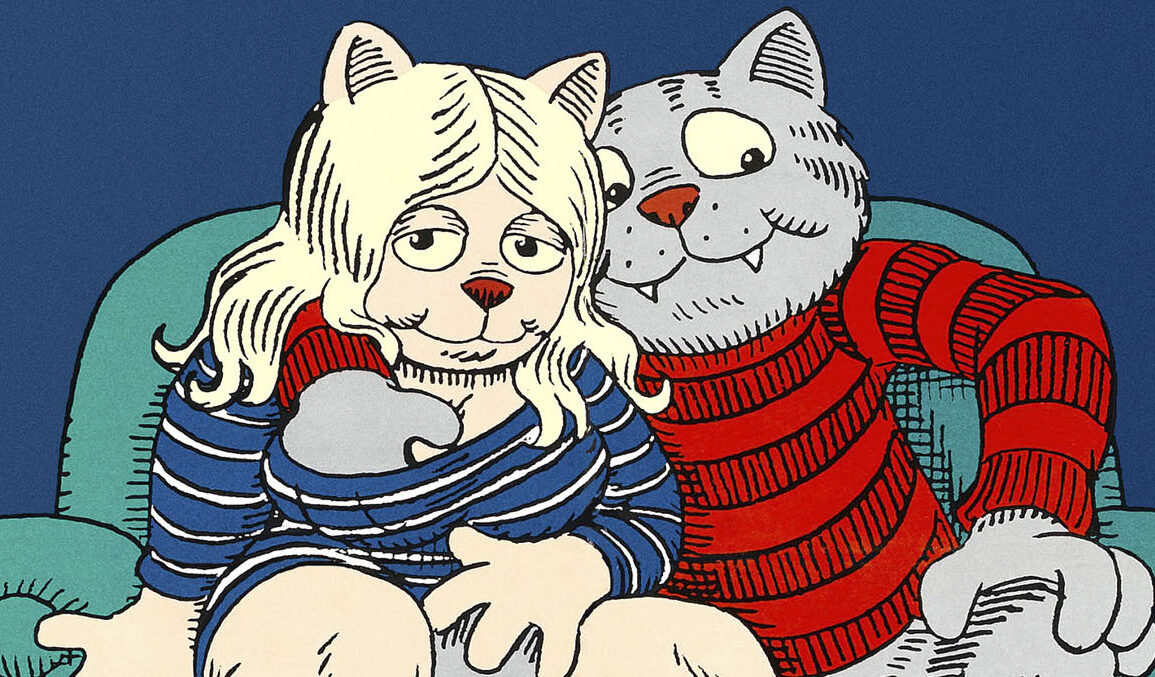 A cultural rough-hewn gem, Fritz the Cat is an odyssey that really only could’ve been animated to appreciate, and Bakshi’s distinctive mark is all over every frame of it.

A cat experiences the ’60s in all its facets.

From the underground comic book pages of Robert Crumb, came Ralph Bakshi’s animated cult classic Fritz the Cat, which plunges deeply in an anthropomorphic fable of sorts that focuses on a self-centered and selfish cat named Fritz. Young and impressionable in the late 1960s, he isn’t really talented at anything, and he talks a good game, but he’s really best when he’s pretending and conning anyone who’ll fall for his line. The chicks don’t notice him until he all but bamboozles them with drugs and a good high, and he’s not cool until he starts hanging out with the crows at the crow joints where he’s seen as an interloper. For whatever reason, his good luck gets him in the graces of a cool crow who shows him around Harlem, and becoming carried away with the culture, Fritz accidentally instigates a revolution and gets his buddy killed. All but drafted into the growing revolution that he accidentally created, Fritz becomes a pawn for “the cause” against “the man,” and he dies, but comes back to life (because he’s a cat and has nine lives, right?), only to fall back into his old habits of conning and conniving. He also gives monogamy a try, but it doesn’t take, dig?

A colorful, bombastic cavalcade of crudity and crass comedy for the stoner crowd, Fritz the Cat was originally rated “X” when it was released, and while it has plenty of sex and frank depictions of racial and sexual divides, it’s fairly tame by today’s standards. Bakshi’s animation style was uniquely his own, and while rough around the edges, it’s still highly enjoyable and entertaining. A cultural rough-hewn gem, Fritz the Cat is an odyssey that really only could’ve been animated to appreciate, and Bakshi’s distinctive mark is all over every frame of it.

Kino Lorber and Scorpion Releasing recently released a really pristine looking Blu-ray edition of Fritz the Cat, and it outdoes the previous DVD from MGM from a decade and a half ago. It comes with an audio commentary and the trailer. 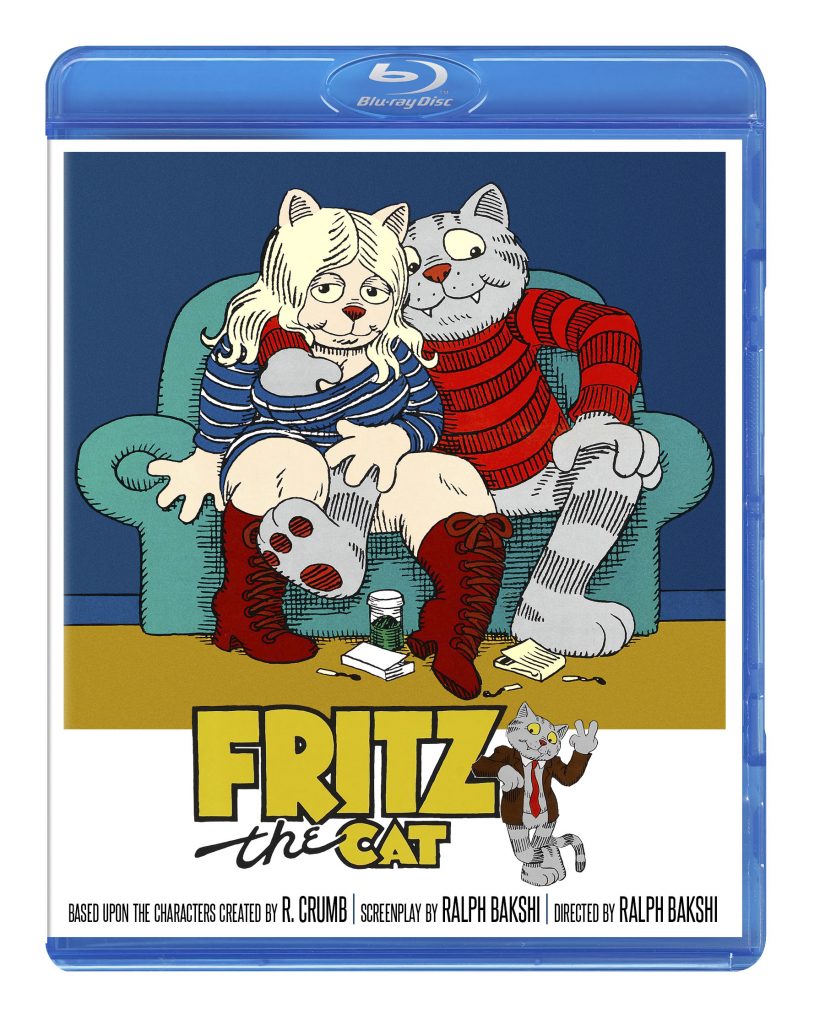