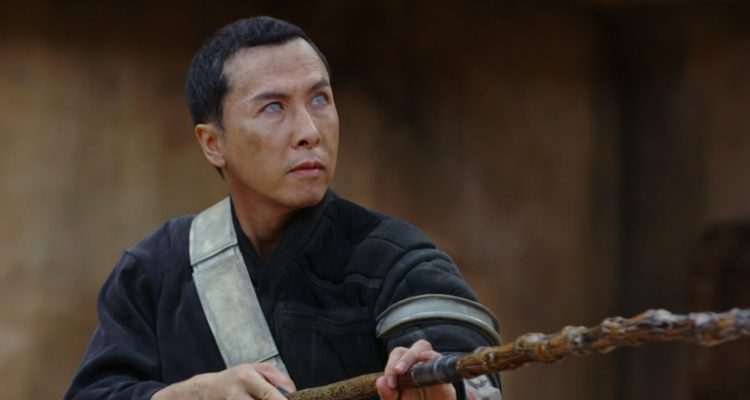 After the huge box office success of Rogue One: A Star Wars Story all eyes are on the next Star Wars spin-off: The Han Solo movie. I’m pretty sure I’m not the only person who isn’t remotely interested in this one as I can only ever picture Harrison Ford as Han.

*Spoiler alert* Han Solo also died at the end of The Force Awakens so why don’t we just leave it at that? His story is done and I really don’t care about any more of his backstory.

Now what I would love to see is a Chirrut Îmwe (Donnie Yen) spin-off as he was the best character of Rogue One and I just need to see more of him. So what about a spin-off called Star Wars: Guardians of the Whills? It could give us some more backstory on the character and how he and Baze Malbus became said Guardians but also who trained him to fight. It would be set on Chirrut’s homeworld of Jedha and has the potential for plenty of adventures and action.

It might even work to do a TV series based on each of the Rogue One characters just giving us more time to get to know them properly. What do you think? Would you watch a Guardians of the Whills movie with Donnie Yen and Jiang Wen? I sure would so hopefully we haven’t seen the last of them…