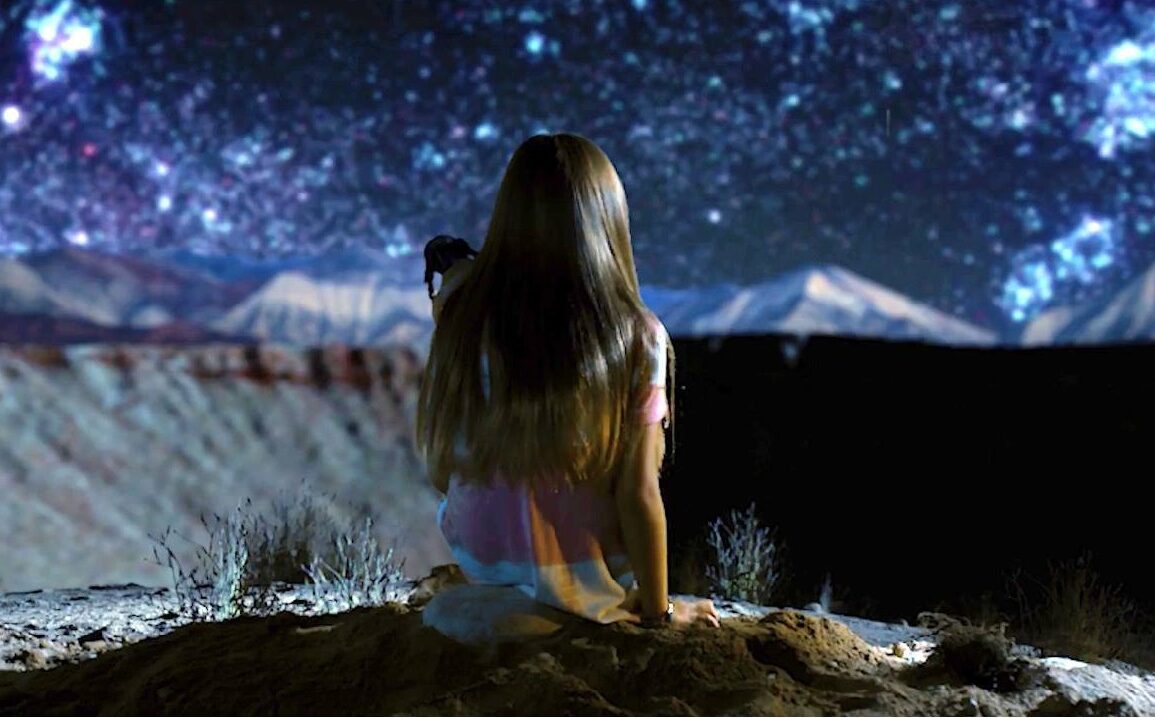 “Nearly all men can stand adversity, but if you want to test a man’s character, give him power.”

Plot: One night with her gave me the power for success. But I fear she’ll be back with her hand extended … palm up.” Computer programmer George Barrett has a one-night stand with a beautiful Native American woman. She leaves him a coded message and then disappears from his life. He searches for the woman to discover the root of her power and what price he’ll have to pay for the power she gave him.

Review: Veteran director and screenwriter Paul Kyriazi (Omega Cop, Ninja Busters) and Scaringi Films present Forbidden Power, a sexy, psychological sci-fi thriller based on a book with the same name and writer, starring feature length newcomers Lincoln Bevers and Nasanin Nuri. A fateful encounter at a business convention finds the ambitious George (Bevers) having a one night stand with a mysterious woman going by the name Veronica (Nuri), who proves to be much more than a simple fling. Their encounter, while indeed fateful, is anything but coincidental, and George finds himself more confident, energetic and laid back after the affair, much to the delight of his girlfriend Cathy (Hannah Janssen), and much to the bewilderment and frustration of his coworkers and supervisors. As fate would have it, and as cryptic clues are sent his way, George would eventually find himself searching for the whereabouts and origins of Veronica, known to some as the “Snake Woman” and being part of a much deeper plot involving secret societies, untold wealth, predictions of tragedy and his part in a story including supernatural and extraterrestrial elements.

Forbidden Power combines sex, mysticism and a touch of noir in a way that reminds audiences of such names as Alfred Hitchcock and Clive Barker. An unorthodox, metaphorical look into the white collar corporate world deep in story and substance, Forbidden Power devotes time and effort to the development of its plot, one of its strongest suits being the narration setting the scene for the camera to proceed in doing in a more literal sense. While Bevers carries much of the film very naturally, Nasanin Nuri is an incredible presence in beauty, wardrobe and persona here, her fewer and shorter appearances being very impactful every single time she is onscreen, fully embracing the femme fatale role and making one hell of a first impression as a newcomer. Most of the supporting cast does a fine job, and the story makes a point to have most of them belong somewhere important in key plot points, especially Janssen and veteran Harry Mok (also the film’s fight choreographer) as George’s makeshift mentor character when approached and instructions followed through. Some of the acting from additional cast members can fluctuate from “over the top” to “not quite enough” and there are some continuity issues in the special effects at times, but on other occasions, some greenscreen effects are noticeable but add a lot to the scenes with what was given in such a budget, where they would otherwise fall flat, so they enhance rather than distract. All other things being the same, with a larger budget and more elaborate sets, Forbidden Power would be a serious contender in the theatrical realm. As it is, this movie goes so far above and beyond using what it has that it manages to tell a story in a colorful and gripping way. Paul Kyriazi’s return to film is an exciting one, and it is hoped that the lead actors return for many new projects to come, as well.

Filmed in Seattle, WA. Written and directed by Paul Kyriazi. 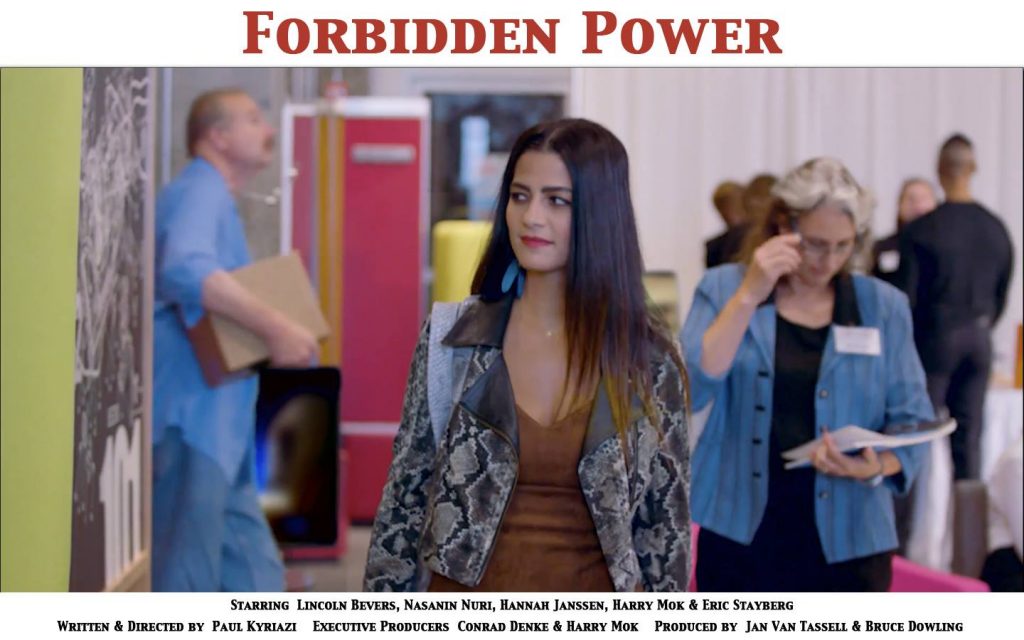 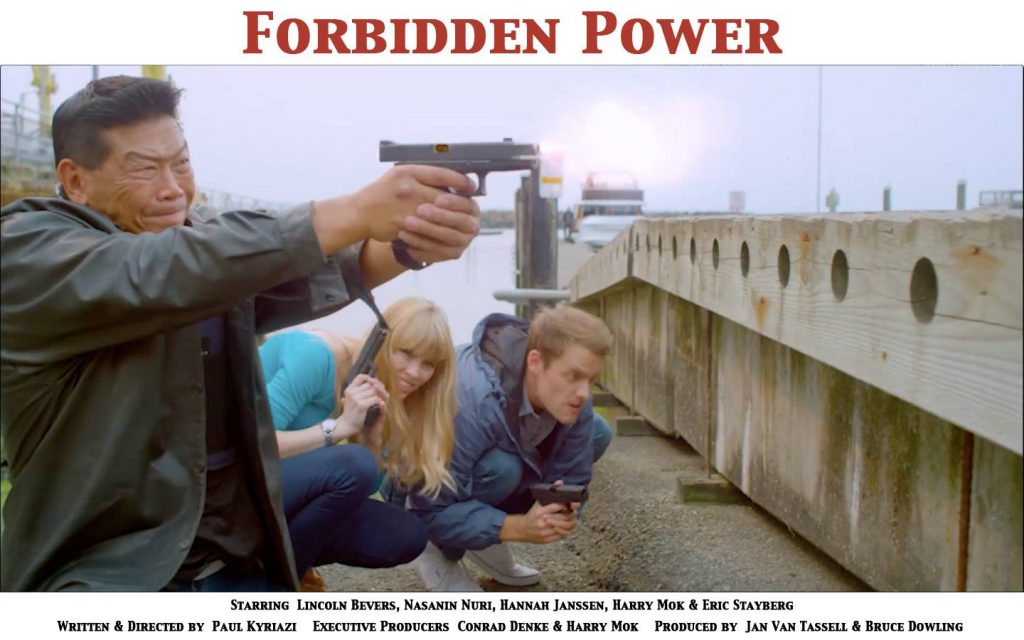 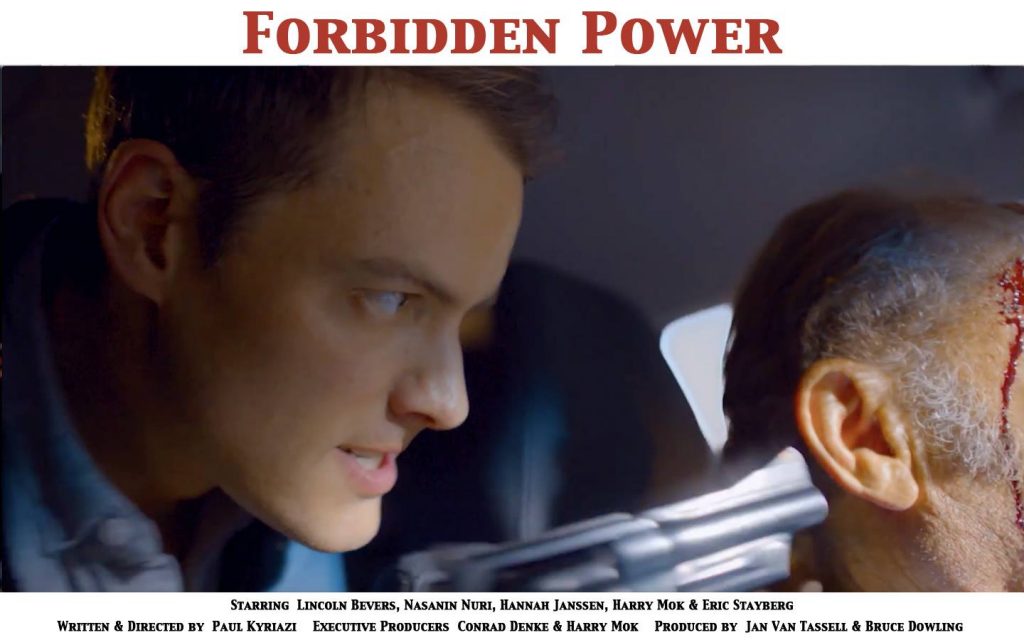