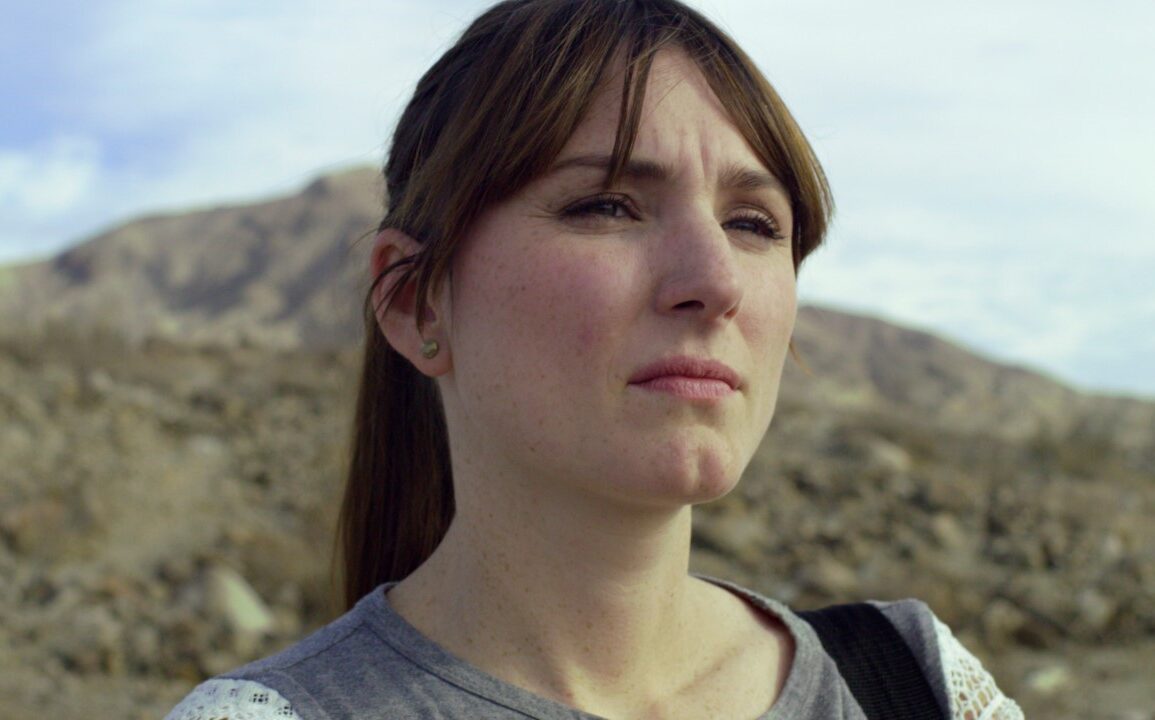 It’s funny how things work out. New Zealand-raised actress and musician Florence Hartigan studied Artificial Intelligence in college. One of those films she was assigned to study was Blade Runner. Cut to all these years later and the thesp is headlining Ridley Scott’s new science-fiction film, Phoenix Forgotten. What a wild road life is!

How is it being involved in a film that’s produced by the master of sci-fi Ridley Scott?

I actually studied film in college and did a whole class on representations of AI in cinema – I wrote whole papers about Blade Runner.  So getting to be in a film produced by Ridley Scott was a pretty big moment for my inner fangirl. But the main thing was all the folks at Scott Free were so on to it and were lovely to work with – no matter what, that’s what you need to have a good experience making a movie.

How did you initially get involved?

I first got involved with this project a couple years back actually – I had previously worked with our director,  Justin Barber, on a couple of other things, so he and T.S. Nowlin, our writer, approached me and asked if I’d be interested in being a part of a test shoot for a UFO “documentary” they were working on. We shot a few short test scenes in Phoenix – I had no idea what would come of it,  or what my involvement would end up being down the line – there are always so many factors in getting a movie made.  Then Scott Free became part of the equation, and I was asked to audition for the feature version, and was very grateful to get to play the role.  Getting to be part of this project from beginning to end has been something very special for me.

The movie is a found footage film and relies heavily on the audience believing what’s going on on screen is real. Were you cast, do you think, because you were a fresh face?

I think that definitely helped.  I think our casting team – Fern Champion and Sharon Lieblein did an amazing job finding our cast.  First of all they had to cast four of us as a family and have us all look alike, but they also had to find actors across the board who could be super naturalistic – there are real people from Phoenix in this film who we actually interview, so the goal was for nothing in our performances to stick out as scripted or acted alongside them.  And on top of that, Fern and Sharon had to get actors who were really comfortable improvising – they style we shot in was that we had a script, but then also shot an improvised version of pretty much every scene, and built the movie that way.  I  like to think my improv background gave me a little leg up!  And as you say – the goal was to make it all seem like a real documentary my character has made, so it would have somewhat spoiled the illusion if the whole time you were recognizing one of us from something you’d seen.

Tell us about the director. Collaborative?

Justin was hugely collaborative and open to anything we as actors wanted to bring to the table.  I put a lot of time prior to shooting into researching things my character Sophie would have looked into before making her documentary (which in the reality of the film is what you are watching).  I looked into things like police procedure in missing persons cases in Phoenix, the effects of losing children on marriages, things like that, and Justin was always looking for ways to incorporate that, and any other ideas we brought up that he felt fit the story.   Justin has a documentary filmmaking background and he really knows how to embrace spontaneity, and some of the best moments in the film came from little off the cuff things we found in the moment.

How different has it been working in the US to working in your home of New Zealand?

I’ve worked with amazing, creative casts and crews both here and in NZ, I think the main difference with filmmaking in the US is just the potential scale.  Even though we had a name studio attached, and amazing creatives behind us like Ridley Scott, and Wes Ball and TS from Maze Runner, this was still a pretty low budget movie – we made the whole thing for like 2.8 million.  So the actual on set experience didn’t feel different to other filmmaking experiences I’ve had.  The main difference was the scale of everything after the fact- seeing billboards and posters with my name on it was pretty cool, and seeing how many theaters it was in.  That kind of large scale release isn’t something I’ve experienced before.  I worked on Narnia as an assistant in the editorial department – that was in New Zealand, and is about as huge of a movie as you’d ever see – that set was obviously much different to ours on Phoenix Forgotten! So I think the difference isn’t really what varies from country to country, more like from production to production.  Film people are film people wherever you go I find – so far at least!

Phoenix Forgotten is now on Blu-ray and DVD.