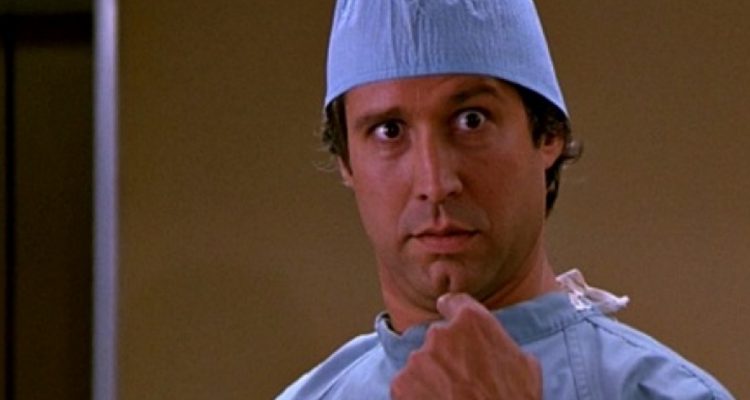 As if 2020 has not been a bad enough year already, it is being reported that a modern-day reboot of Fletch is in the works with the lead being played by Jon Hamm.

“The project, unveiled Wednesday by Miramax, is based on the second book in Gregory McDonald series, “Confess Fletch.” In a mysterious chain of events, Fletch finds himself in the middle of multiple murders — one of which pins him as a prime suspect. While on a quest to prove his innocence, Fletch is tasked with finding his fiancée’s stolen art collection, acquired after her father goes missing and is presumed dead.

Hamm will also produce alongside manager/producer Connie Tavel. Greg Mottola, whose credits include “Superbad,” “Adventureland” and “Arrested Development,” will direct from a script by Zev Borrow. David List will executive produce the film.

“Fletch’s duration over audiences — whether told on paper or the big screen — entertains all and we could not be more thrilled to see what twenty-first century twist these artists create,” said Miramax CEO Bill Block.

“Producing this film with Jon has been a long-time dream of mine and with Zev and Greg on board to write and direct, I really believe that this will be an exciting and modern re-imagining of this beloved character,” said Tavel.”

Sadly, Hollywood has been trying to reboot this 80s classic for years with everyone from Jason Sudeikis to Joshua Jackson. I get it; no one has an original idea anymore so let’s go back and see what we kind find to reboot/re-imagine for a new audience. Ghostbusters – check. Footloose – check. The Karate Kid – yup. Total Recall – sure. Point Break – check. Red Dawn – why not. The list goes on and on. So why do studio execs keep green-lighting these misguided projects? You would think money. Take an existing property and with a lazy update a new property is born and watch the dollars pour in. But this is actually not the case. According to a 2019 study, audiences are not running to see these lazy reboots.

Spearheaded by researcher James Barnes of the company Verve Search (it helps companies boost search) and backed by online betting site Casumo, the survey found that audiences compared the remake unfavorably to the original more than 90 percent of the time. That’s more often than even critics, who are famously remake-averse.

To conduct the study, researchers looked at the percentage of positive assessments from audience members on the movie-and-television site IMDB for more than 100 remakes. They took those scores, then compared them to the same measure for the original, noting the swing up or down.(IMDB users can rate movies both old and new.)

The researchers then did the same for Metacritic scores, regarded as the most reliable indicator of how reviewers felt about a movie. (You can see the full results here.)

The study found that fully 91 percent of remakes drew a less positive audience score than the original. Among critics, the remakes received a lower Metacritic score just slightly less frequently -— 87 percent of the time.

So why then? Well, your guess is as good as mine. So I implore you – PLEASE DO NOT SEE THIS MOVIE. As one of my favorite movies of all time, Fletch is a total classic. Everyone knows somebody who can quote the film chapter and verse. I am sure Jon Hamm is a lovely guy but he may be one of the worst choices to play the lead. We can only hope this tanks so bad it will stop any more reiterations in their tracks.

There is only one Irwin M. Fletcher. He is Chevy Chase and you are not.

Please, haven’t we all suffered enough?