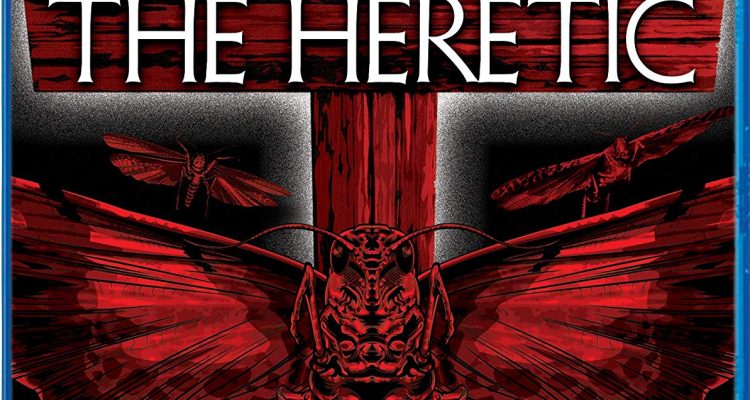 John Boorman’s ultra stylish and dreamlike sequel to William Friedkin’s classic trendsetter horror film is not nearly as in-your-face horrific or “scary” as its predecessor.

Plot: A teenage girl once possessed by a demon finds that it still lurks within her. Meanwhile, a priest investigates the death of the girl’s exorcist.

Review: 17-year old Reagan (Linda Blair), a former demon-possessed child, is adapting to her life as a young woman in school. Her routine is much like any other girl’s, except she sees a research specialist (Louise Fletcher) on a daily basis to monitor her mental health. Meanwhile, the Vatican appoints a troubled investigator (Richard Burton) to clear the soiled name of deceased priest Merrin (Max Von Sydow), who died exorcising the demon from Reagan years ago. The investigator visits the well-adjusted Reagan and hypnotizes her and unlocks a deep, dark part of her psyche that should never have been disturbed, and by doing so kicks up a hornet’s nest. Reagan is somehow a chosen child who has been designated as a healer of mankind, which is why the demon possessed her in the first place. She is part of a long line of healers and protectors, all of which have been attacked and subdued by demons in the past, and the investigator must travel to Africa to find out the origins of the demon’s possessions and intentions. Poor Reagan, who is now an open conduit for the demon, is possessed once again, but this time the investigator can navigate temptation and evil as it is presented to him, without sacrificing himself.

John Boorman’s ultra stylish and dreamlike sequel to William Friedkin’s classic trendsetter horror film is not nearly as in-your-face horrific or “scary” as its predecessor. That said, it’s a slow-building thriller, with some very arresting visuals and themes, and yet it doesn’t quite add up the way I believe it thinks it does. Blair, and Fletcher, and Burton are all three very good in the film, and the big, sprawling story has a haunting, poetic quality to it that really sells it. The script by William Goodheart is confusing and confounding at times, but if you can just absorb the movie on its own terms, it turns out to be a pretty satisfying piece of horror cinema.

Shout Factory’s attractive new Blu-ray release contains a new 2K scan transfer of two different versions of the movie: The 117 minute director’s version, or the abridged 102 minutes cut. John Boorman provides a new audio commentary on the longer cut, and there’s a new commentary by the project consultant as well. Linda Blair participates in an on-camera interview where she kinda off-handedly disses the movie, and there are trailers and stills.