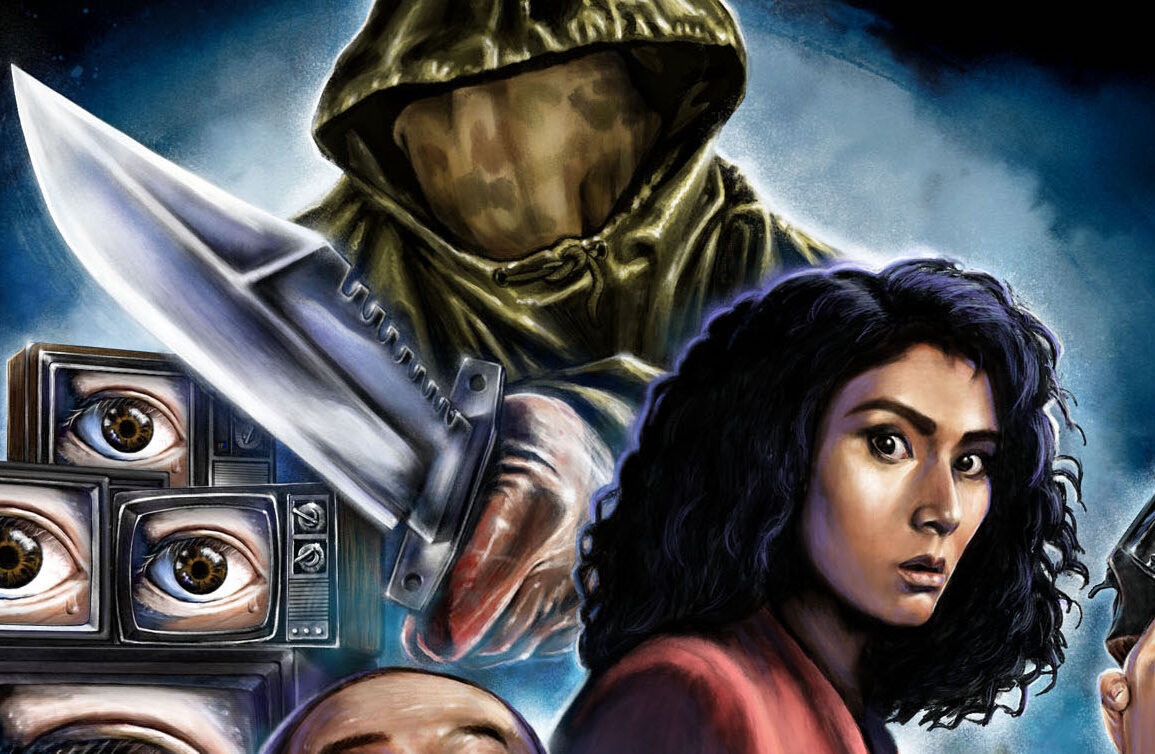 With an almost relentless pace and tension that could potentially shred nerves, Evil Dead Trap is an extremely graphic gore film with a stark, chilling tone, until its woebegone climax that just completely obliterates all its credibility that it has earned up to that point.

A tabloid-style shock journalist receives what appears to be a snuff film for her show, and before she airs it, she and a small team goes to investigate the site where the film was shot … and encounter a series of gruesome death traps and a cunning killer awaiting them.

With her ratings dipping, TV shock journalist Nami (Miyuki Ono) receives a mysterious videotape in the mail and finds what appears to be a grisly snuff film on it. There are enough clues on the video to pinpoint the exact location of where the film was made, and with permission from her producer, she takes a small crew with her to investigate before the station can air the tape. After a long drive, the crew ends up at an abandoned military base, and before evening falls the crew (which separates, of course and gets into mischief) finds themselves mercilessly picked off one by one by a hooded and masked killer, who has set a series of gruesome death traps for them. By nightfall, Nami is the last survivor, and she is kept company by a strange, forlorn young man who insists that his younger brother needs help, and because there’s a killer on the loose, he protects Nami until he abandons her to her own devices, leading to her discovery of what is actually going on. The finale goes completely ballistic and off the rails with an insane twist.

A certifiable cult horror classic, Evil Dead Trap marches to its own drum. With an almost relentless pace and tension that could potentially shred nerves, Evil Dead Trap is an extremely graphic gore film with a stark, chilling tone, until its woebegone climax that just completely obliterates all its credibility that it has earned up to that point. The movie is pretty dark, scary, and original (more or less) and somewhat resembles Italian horror films from guys like Argento and Fulci, but it’s entirely its own thing and its pre-Saw death traps are very convincingly executed and realized on film. The movie is unflinching in its violence, so be warned. Director Toshiharu Ikeda (who committed suicide years later) should have been elevated to horror maestro status with this, but his career sort of floundered afterwards. Fans of extreme horror will get more than their fill of unexpected and shocking scares with this one.

Unearthed Classics recently released a Blu-ray and a DVD of Evil Dead Trap, and it’s presented in 1:66:1 aspect ratio, and comes with three separate commentaries, plus behind-the-scenes stills, artwork, trailers, and an on-camera appreciation of the film. The DVD seemed a little dark to me, but I have a feeling that’s exactly how the film was shot. If I’d reviewed the Blu-ray, I wonder if it would have been clearer or sharper. 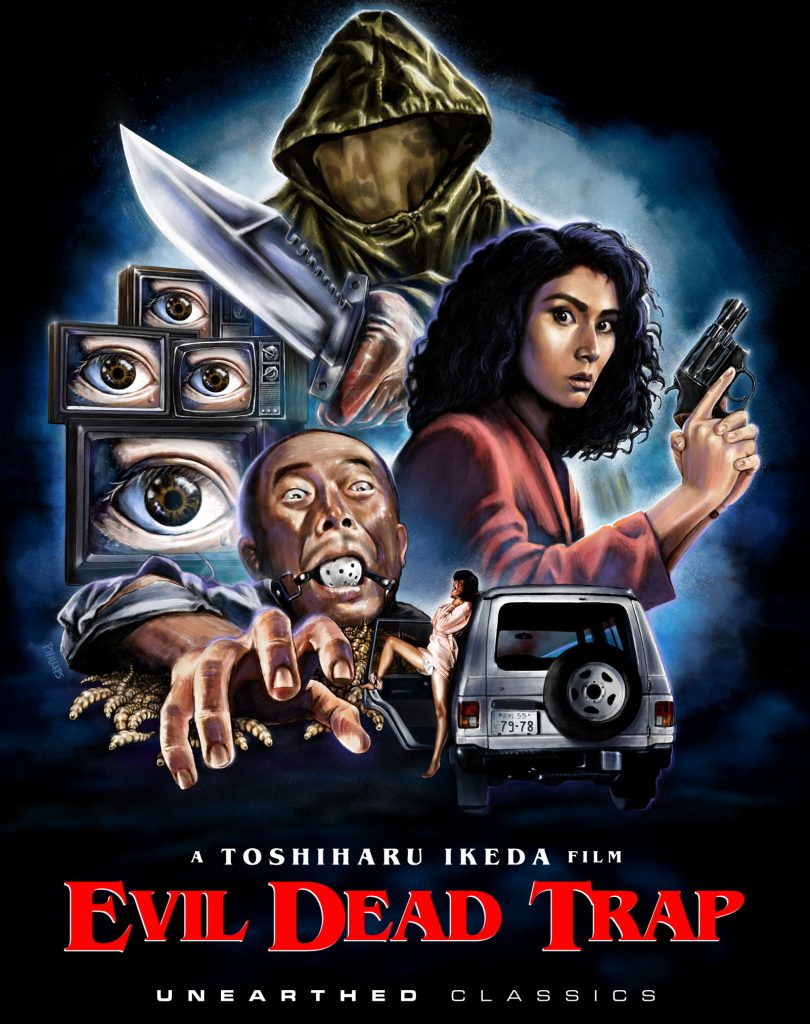