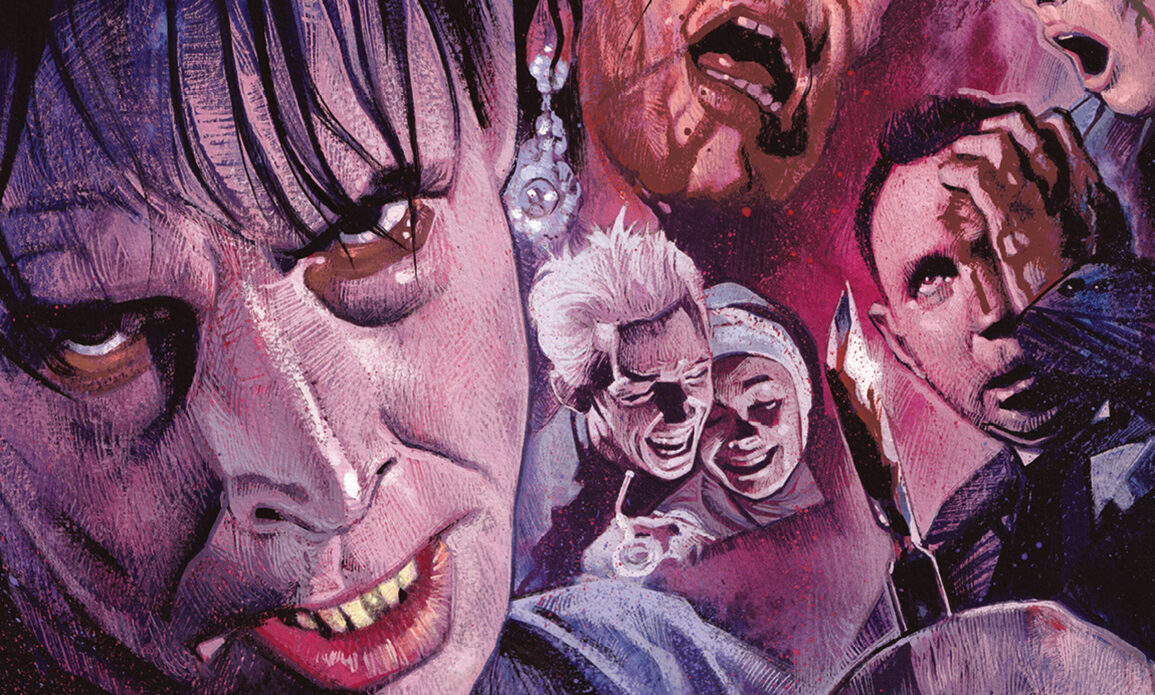 An overabundance and reliance on sleaze and gore gives Edge of Sanity some distinction, and a twitchy, intense performance from Perkins makes this somewhat of an underrated horror film from the late 1980’s.

A good doctor goes very bad when one of his experiments turns him into a raging psycho killer.

A good and well-respected doctor named Henry Jekyll (Anthony Perkins) has some renown in Victorian London and he retreats every night into his laboratory to conduct his experiments. When one of his tests goes wrong, he ends up transforming into a red-lipped, sallow looking maniac, who goes stalking the streets at night, looking to satiate his lust and need for bloodletting. He cruises the sordid boulevards where the sex workers ply their trade, and he ends up at a high-end brothel that caters to the most perverted minds. By night’s end, he will have brutally murdered a prostitute, but his methods are so savage and demonic that when the poor girl is found the next morning, Scotland Yard is stunned by the pure savagery inflicted on the woman. Jekyll wakes up the next morning, retaining all his memories of the night before, and having a newfound addiction to murder, he repeats the process night after night, using the name Hyde when he cruises the night. His wife (played by Glynis Barber) begins to suspect that something isn’t right with her husband, and when she eventually realizes that Jekyll is somehow connected to the “ripper” on the loose in the city, she becomes desperate to save her husband from almost certain doom.

An overabundance and reliance on sleaze and gore gives Edge of Sanity some distinction, and a twitchy, intense performance from Perkins makes this somewhat of an underrated horror film from the late 1980’s. Shot in Hungary and given an unusual visual pallet from filmmaker Gerard Kikoine, the film has a striking sense of eroticism combined with a grinding, bloody and nightmarish voyeurism not often found in movies these days. Fans of both Dr. Jekyll and Mr. Hyde adaptations and Jack the Ripper mythos will especially enjoy this one.

Arrow Video’s recent Blu-ray release of Edge of Sanity outdoes the previous release from Scream Factory, which was paired with another title in a double feature release. Arrow’s new 2K restoration hits all the right notes, and the disc also comes with a bunch of bonus features.