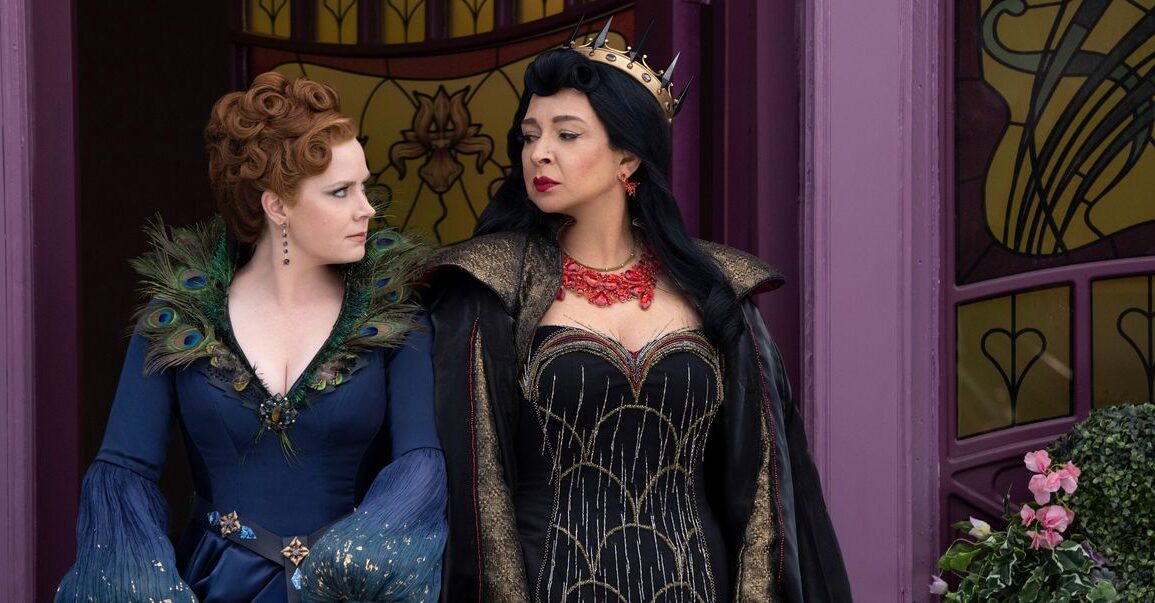 Disenchanted is a delightful follow-up that brings viewers right back into the Enchanted world. Although the music is not as memorable as the first, Amy Adams knocks it right out of Central Park and straight into the suburbs – where she captures our hearts just the same.

Plot: After finally finding her Prince Charming Robert in New York City, Giselle settles into a new suburban life to live out the rest of her Happily Ever After… or so she thinks. Having to raise a moody, sarcastic teenager while trying to find a balance between suburbia and Andalasia proves to be an incredibly challenging feat – one filled with dramatic villains, singing, and of course magic.

Review: There’s something about cheesy, fairytale magic in films that somehow always brings out the ‘cozy-Christmas’ vibes in me; Disenchanted was no exception. Although there was nothing in the movie that screamed Christmas, the magical Enchanted world – filled with magic and innocence and sing-songy tunes – radiates a sense of hopefulness that is synonymous with Christmas. And this sequel takes us right back into that magical place.

Amy Adams returns as our beloved Princess Giselle, now settling into her new life with Robert (Patrick Dempsey). Adams absolutely nails it as innocent (and not-so-innocent) Giselle. She portrays that delicate naïveté that audiences fell in love with in the first film, while simultaneously showing a more experienced side in this installment. Here, we get to see her in a new role – motherhood – as she navigates that daunting task with Morgan (Gabriella Baldacchino), who is now a teenager.

There was a lot more musical numbers in this film compared to the first, but while they were fun to watch, they did not feel as catchy or memorable as Enchanted’s soundtrack. Still, it’s tough to compare, and no one can really complain if we finally get a full-on ballad from Nancy in the movie (played by the lovely Frozen queen herself, Idina Menzel).

The supporting cast had great performances as well, though I wished we could’ve gotten more Prince Edward (James Marsden). Baldacchino’s major debut as the teenage Morgan was charming and demonstrated great chemistry with Adams. I felt Dempsey’s character was downplayed a lot more in this sequel, but he certainly provided the comedic (and slightly cringy) moments of the film.

Overall, Disenchanted focuses on the theme of motherhood – the joys, the struggles, and most of all the magic behind a mother’s love. This film is a solid sequel to Enchanted – a now classic Disney movie that not only occupies the traditional fairytale space, but cleverly challenges its very tropes as well; that alone is understandably difficult to follow up, but Disenchanted certainly makes a great attempt.