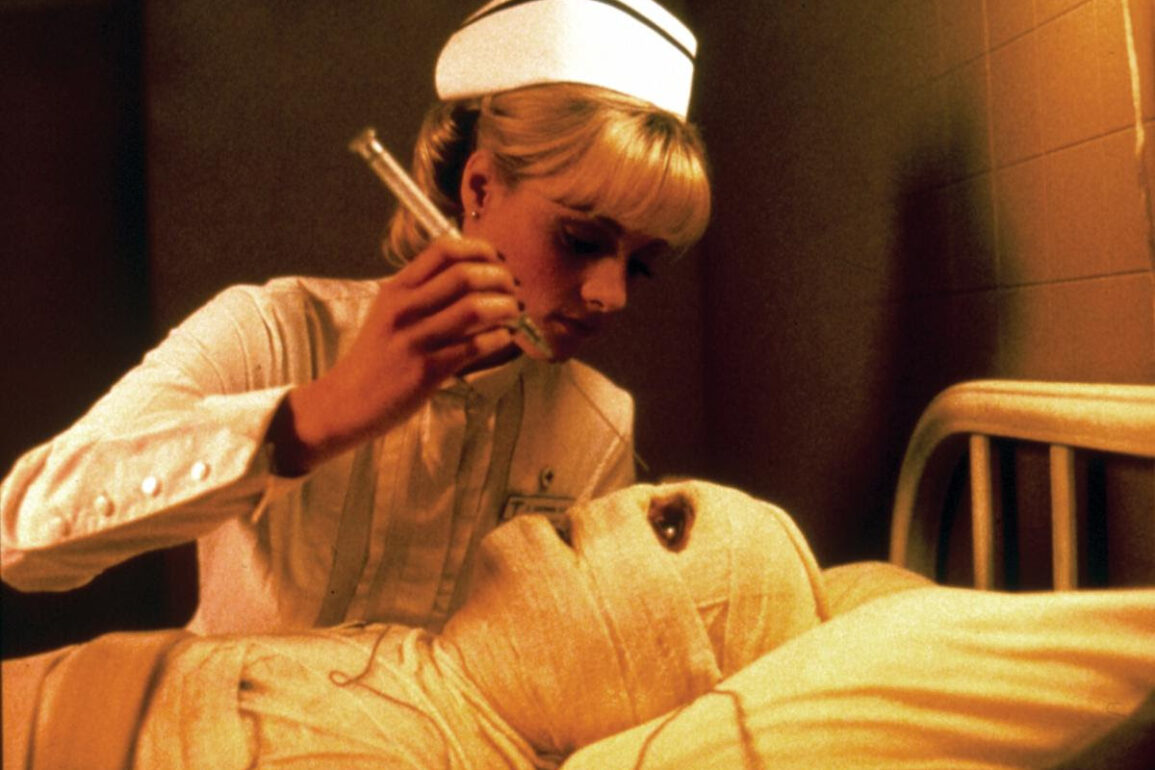 Blue Underground’s new release of Dead & Buried is a must-own.

A small, sleepy town is host to some grisly murders, and the local sheriff scrambles to find answers.

It begins shockingly enough: A photographer from out of town gets cozy while taking photographs of the beachside wildlife, and he’s surprised when a beautiful young woman shows up to flirt with him … until she turns out to be a trap for the local crazies, who graphically beat and burn him to death, all while smiling and taking pictures of him in his death throes. His charred body is found later that evening, and the local sheriff – a stalwart hero-type (played by James Farentino) – is flummoxed by the death. He begins asking around, and he gets a strange clue from the nebbish hotel owner, who tells him that the sheriff’s own wife (played by Melody Anderson) knew the victim. Puzzled and alarmed, the sheriff confronts his wife, who shrugs the suggestion off with simple logic, but things are starting to get really weird around town in Potters Bluff: More people are being graphically murdered by the locals, who act like happy zombies. They swarm an out-of-town family and run them out of town, screaming for their lives. They kill a hobo in a shocking scene of such violence and brutality that they all have to be out of their minds for such an act. The sheriff is always one step behind it all, and he gets very little help from the old, eccentric coroner (played by Jack Albertson) who revels in the fact that he has fresh corpses to work on. As the urgency of the matter presses on, the sheriff begins to see a macabre plot at work, and he’s just a pawn.

From director Gary Sherman (Poltergeist III, Lisa) and writer / producers Ronald Shusett and Dan O’Bannon (Alien), Dead & Buried is the ultimate evil town movie. It’s gotten even better over time, and it has a real quaint, creepy factor in the same way that a lot of the old Stephen King stories used to have. The gore effects from Stan Winston are top notch, making the entire film feel like a real-deal old school horror film perfect for a cozy, haunted evening. I remember buying this film when it first was released onto DVD from Blue Underground in the heyday of DVD, and it was one of the first ultimate edition DVD sets ever released, and I’ve got to say that the film has retained its effect and power as a horror film even after all these years.

Blue Underground has topped its previous edition of the film with a brand new 4K Ultra HD + Blu-ray edition set in its 40th anniversary with a new 4K scan of the film. The movie sparkles and dazzles like a brand new (and pristine) movie. The set comes with a bonus soundtrack CD from composer Joe Renzetti, plus all the ported over special features from the DVD era (like audio commentaries, trailers, still galleries, and more, but Blue Underground produced some new features for this edition, including a new audio commentary by two film historians, new interviews, three different lenticular slipcovers to choose from, and an insert booklet about the making of the film. Blue Underground’s new release of Dead & Buried is a must-own. 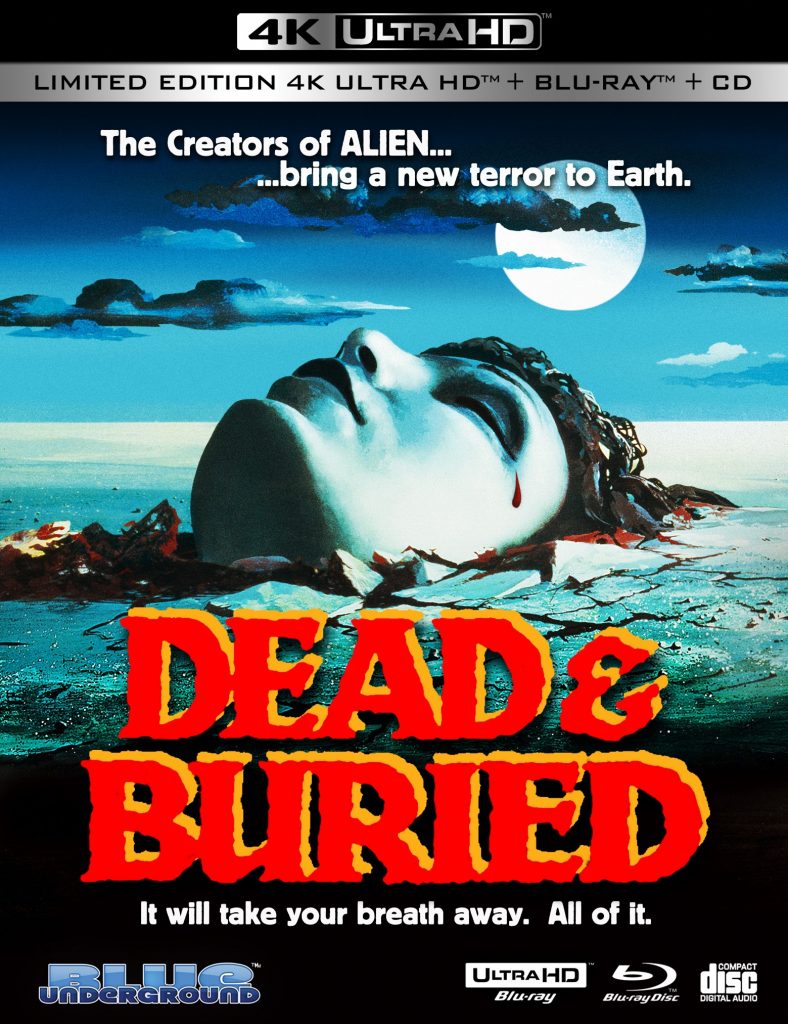