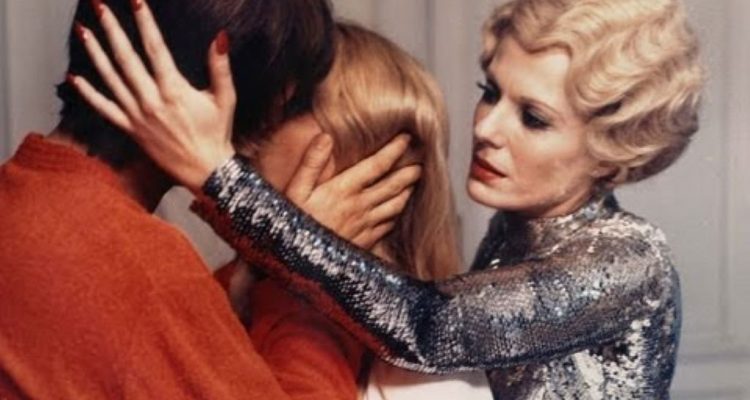 An interesting take on the vampire myth that will please film hounds but will be relatively uneventful and too strange to general audiences.

Summary: As we know, there have been multiple takes on the vampire myth. From Universal Studios to Hammer to the pop-culture spewing Buffy the Vampire Slayer to the sparkly undead in the Twilight series, it seems every filmmaker on Earth has tried their hand at the genre. However, if you’re looking for a genuine right turn from the typical bloodsucker fare, then I wholeheartedly recommend Daughters of Darkness.  Just be aware of what you’re getting yourself into.

For cinephiles, this movie is truly a treat. Visually, the film is ultra-stylish, with elaborate, elegant sets with vibrant colours.  This surreal and otherworldly atmosphere stands in stark contrast to the cold, gritty world that stands just outside its doors. The movie almost seems to be saying that when you enter the hotel, you are, in fact, entering a new world. The costumes worn by the Countess are garish and extravagant, and even Ilona, who is more goth than outlandish, oozes sexuality with her all-black ensemble. The costumes worn by Stefan and Valerie are more mundane, again demonstrating the differences between the two couples. The soundtrack is both eerie and strangely jovial, which also gives an effect of weirdness and unease.

Seyrig, who was obviously channeling the spirit of Marlene Dietrich in her performance, is the standout of the cast. She steals every scene with her very presence, and the other actors are simply not in her league in the movie. This isn’t to say the other performances are bad; on the contrary, all the actors do a fine job, but Seyrig is the film’s highlight.

As for the violence and the t&a, well, there’s plenty of the latter and not much of the former, and what we do get is extremely uncomfortable. This is a very erotic film, with underlying sexual tension permeating throughout. There are several nude scenes with Ouimet and Rau, and all I’m going to say is, they bring the goods to their scenes. Seyrig never shows skin, which is amusing, considering that she’s the most sexually predatory of the female characters. The violence is off-putting, with Stefan getting increasingly violent with Valerie throughout the movie. I hated him by the end, and though he does get his comeuppance, it’s not nearly satisfying enough for me.

So be warned, if you want a PG movie, you won’t find it here. This is a very bizarre, very sexually-charged movie that isn’t afraid to deal with taboo subjects. It is slow, even at 100 minutes, and I wouldn’t put it anywhere near a young person, but if you’re the sort of viewer who likes thoughtful, provocative movies with lots of style, then this is definitely your type of flick.