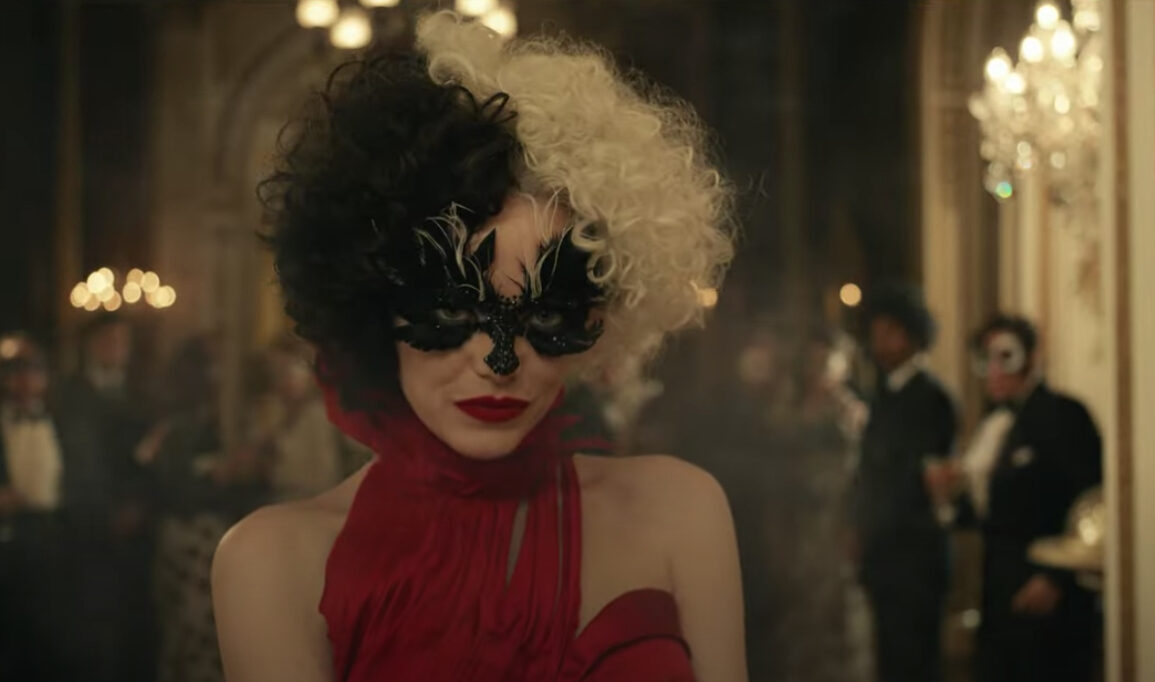 A spectacular live-action look into one of Disney’s most infamous villains, Cruella lives up to the expectations and then some – showcasing a fresh take on classic characters, wicked fun action, and a fearlessly strong performance by Emma Stone.

Plot: Set in 1970s London, this film takes it back to the early days of Cruella de Vil – before she became the revered and feared fashionista queen (and PETA’s worst enemy).

Review: Much in the same vein as Disney’s Maleficent, Cruella is a live-action prequel that dives into the origins of another beloved villain, Cruella de Vil (Emma Stone). Stone’s performance as the titular character is wickedly good: she captures both a touch of vulnerability and the grandiosity of a budding villainess with such ease; it goes without saying that Emma Stone is, undoubtedly and unapologetically, Cruella.

Directed by Craig Gillespie, the film also introduces a new character in the Dalmatians world: the villain to the villainess herself, Baroness von Hellman. Played by Emma Thompson, the Baroness was perhaps the only character that could out-cruel Cruella, and Thompson’s performance was a delight to watch. Kudos to Stone and Thompson who make being wicked look so fun on screen.

What I enjoyed most was just how deep into Cruella’s background we got to see, and Gillespie does not shy away from any of it. The film paints a rather cold world, cruel even before Cruella makes her mark. As audiences we are challenged to revisit what it means to be a villain, and thankfully, Cruella is more than happy to take the throne and shine a new light on that.

Set during the punk rock revolution, the setting plays such a huge role in establishing the tone for the movie. Throw in a daring cast of characters, a fun soundtrack, and an impressively elaborate set of costumes, and viewers really are in for a delish treat. Disney’s Cruella will be available to watch in theatres and on Disney+ with Premier Access on Friday, May 28.