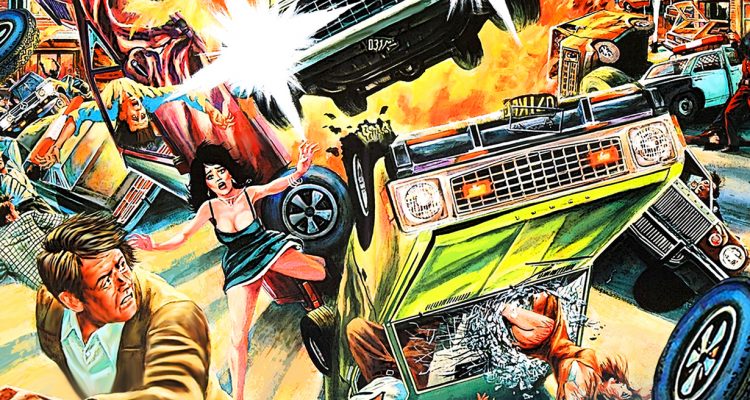 I liked it! With one spectacular car crash (always ending in a huge explosion) after another, the movie wants to be so many things at once, and it kind of succeeds.

An embittered husband has an elaborate plan to kill his much younger wife, but his plan backfires when she falls into the protection of an ancient, vengeful god.

Kim (Sue Lyon) is living an unfortunate, unhappy life with her bitter and jealous invalid (and much older) husband Marc (Jose Ferrer), a scholar of ancient deities. She still loves him, despite the fact that he despises her and wants to imprison her at home so that she can’t enjoy her life, and while she’s out browsing at a flea market, she picks up a weird little totem that she gifts her husband, but he doesn’t even look at it and discards it. After an ugly and pointless argument, she gets in her car and leaves, and Marc sends his trained Doberman Pincer dog out to kill her. The plan almost works: The dog maims her and causes her to get into a horrific car accident, and when she’s rescued, she ends up in the hospital with bandages all over her face and hands and she has no memory of who she is. Meanwhile, there’s an unmanned evil car on the prowl in the area, and it causes people to get into fatal car crashes, and no matter how many cops come after it, the evil car always gets away (but no word on how it refuels itself). When a sympathetic doctor falls in love with Kim while she’s recuperating, the only clue he has to who she might be lies in the bizarre African keychain she clutches and refuses to let go of. Turns out she’s under a powerful spell directly related to the totem, and the evil car is somehow connected. When her husband finds out that she’s still alive, he tries his best to finish the job before her memory comes back, but he’ll have hell to reckon with, as the totem carries with it a powerful spell that protects her and transforms her into a vengeful god!

Aside from a lengthy flashback scene in the middle that rehashes everything we’ve already seen, Crash! is a really fun supernatural revenge horror film with some bizarre plot developments that make the movie even more outlandish and nuts. It’s almost like a Grindhouse style Stephen King movie that cross-pollinates future classics like Carrie, Cujo, Christine, and Maximum Overdrive. I liked it! With one spectacular car crash (always ending in a huge explosion) after another, the movie wants to be so many things at once, and it kind of succeeds. Charles Band produced and directed it, and you can see his penchant and love for tiny evil things with the odd little totem that is the centerpiece of the movie. What more can I say? This movie is more than advertised, and it still delivers all the fun it did in the drive-in era.

The recently released Blu-ray edition of Crash! comes in a nice widescreen transfer, and there’s an audio commentary by Band and filmmaker David DeCoteau, as well as a documentary on the film, plus the trailer, and more. 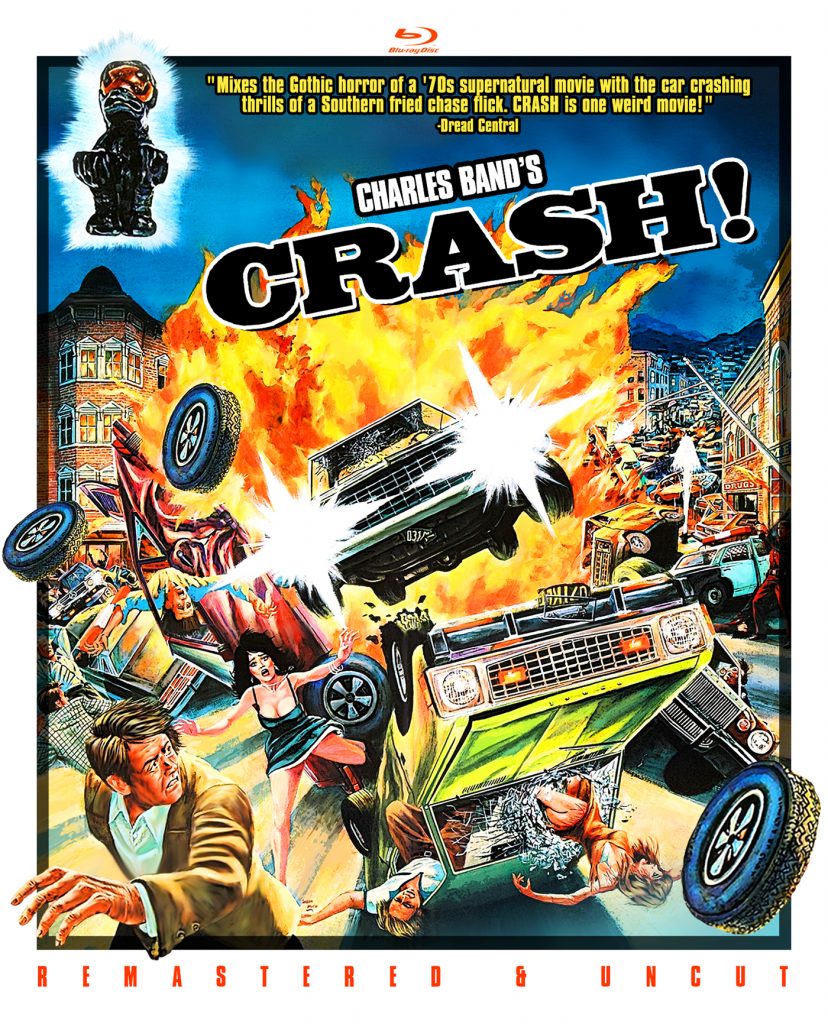