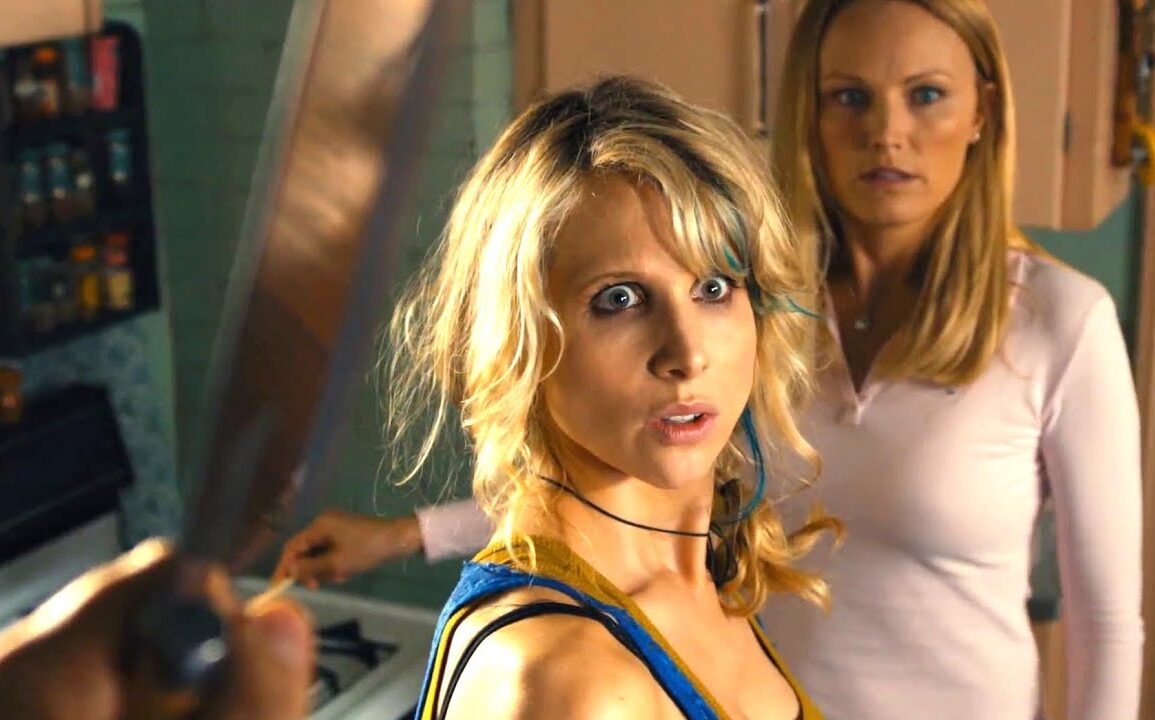 A surprisingly fun and entertaining movie with shining performances by Benjamin Ayres and Lucy Punch.

Review: In general, when my dad recommends a comedy for me to check out, I take his recommendation with a grain of salt; he and I just don’t have the same taste in comedies (though there’s no denying the classics which he and I enjoy). I love Chaplin; he doesn’t. He loves silly comedies like Gone Fishin’ or License to Wed; I don’t. When it comes to modern comedy especially, his views just don’t mesh with mine.

So, when he told me that he saved a copy of the Canadian horror-comedy Cottage Country for me to check out, I was a little hesitant. I hate watching movies off television (knowing that the commercials are probably cutting into parts of the film), and the concept didn’t sound especially interesting to me – it sounded like another silly film with annoying characters, which is the hallmark of modern comedy.

Well, I’m here to tell you I was dead wrong on this one (pun intended). Cottage Country ain’t a classic, and it’s not going to make anyone’s top ten list, but it was a surprisingly entertaining romp with a somewhat likeable lead in Labine, an out-of-nowhere terrific supporting turn by Benjamin Ayres as Salinger’s buddy, and an especially memorably performance by Lucy Punch, who plays Salinger’s incomprehensible, weirdo girlfriend.

If you’re looking for belly laughs, there isn’t a lot – I remember snorting and chuckling a few times, but no out-right guffaws were exploding from my mouth. Instead, this was a really clever take on, well, love and marriage, and it wasn’t a lovey-dovey view; nope, it was a cynical, pragmatic take on marriage where you end up having children in a loveless marriage or you end up marrying because you’re getting older and you don’t want to find yourself alone. It was surprisingly refreshing to get this take on romance instead of the usually syrupy sap I expect from modern films.

All the performances are generally excellent; Ackerman seems to have the somewhat deranged and ice-queen role down cold (thinking back to her turn in The Comeback Kid), Labine is endearingly naïve as her pushover boyfriend, and Petronijevic is frigging annoying, which is the point. Unfortunately, I sense the movie was trying to make him somewhat sympathetic, and man, it wasn’t, when he ends up with an axe in his neck, you want to cheer. Ayres is so good, you swear that you’ve met people like him in your life, the guy who never wants to grow up. But Punch, damn, she deserved an award, she was just so quirky – the movie could have just been about her, and it would have been great. Also, props for getting veteran character actor Kenneth Welsh in there, who I always enjoy.

As for the look of the film, it’s nothing special, though I was glad that the movie was admittedly Canadian, instead of Canadian pretending to be American; they mention going to Niagara Falls, and the cottage is in Haliburton, so that was nice for us attention-hungry, thin-skinned Canucks. They did attempt some ghost makeup in the movie that was successful in some parts but not in others – this movie was obviously on a low budget, and unfortunately, it showed at times.

Overall, though, it was a surprisingly good and entertaining romp. I don’t know how easy it would be to find on Amazon if you would want a physical copy, but it was playing on television, so you can try to find it there. If you manage to stumble across it, I recommend sitting down and giving this one a watch.