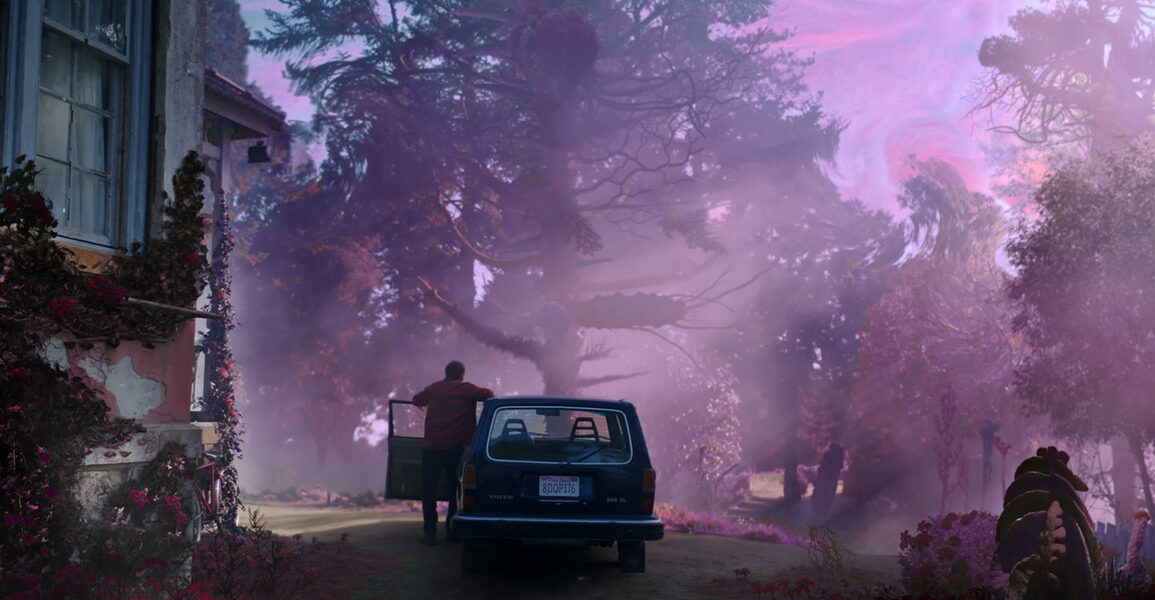 Colour Out of Space may take a while to get where its going but it has some disturbing body horror and stunning visuals making it a must see.

Plot: A story of cosmic terror about The Gardners, a family who moves to a remote farmstead in rural New England to escape the hustle of the 21st century. They are busy adapting to their new life when a meteorite crashes into their front yard. The mysterious aerolite seems to melt into the earth, infecting both the land and the properties of space-time with a strange, otherworldly color. To their horror, the Gardner family discover that this alien force is gradually mutating every life form that it touches…including them.

Review: Colour Out of Space is an adaptation of H.P Lovecraft’s work of the same name and really delivers everything you would want from a movie starring Nicolas Cage. I literally couldn’t picture anyone else as Nathan Gardner as this is Cage at his best; at one point losing it at some fruit and throwing oversized tomatoes in the trash in a way that only Nic Cage can do.

Colour Out of Space is a very slowburn affair so it may not be for everyone but your patience is rewarded with some imaginative gore and visual effects reminiscent of John Carpenter’s The Thing.

The family are normal enough as the story begins and we immediately sympathize with Joely Richardson and Nic Cage as she has been battling cancer which is a real life problem we can all identify with. Then a meteorite crashes outside their house and their lives are transformed forever; their worst fears all are brought to life and their peaceful existence in the country becomes a living nightmare.

Even from the trailers you could see Colour Out of Space was visually stunning and unlike any other picture you’ll see this year so if you have the opportunity to see it on the big screen with a crowd then make it happen as you won’t be disappointed.

The pacing is slow as I said but it quietly builds up into a true horror film which makes for uncomfortable viewing and several “WTF” moments that will have you on the edge of your seat. The mundane changes into the unknown where a previously tranquil existence will destroy the minds of bodies of this once happy family.

Overall, Colour Out of Space is the ultimate in cosmic horror with mind-blowing visuals which haunt you long after watching; the effects are stunning and the performances are strong with Nicolas Cage eating up the screen in his own imitable way. If you are patient Colour Out of Space will reward you with one of the best psychological horror films of the year.