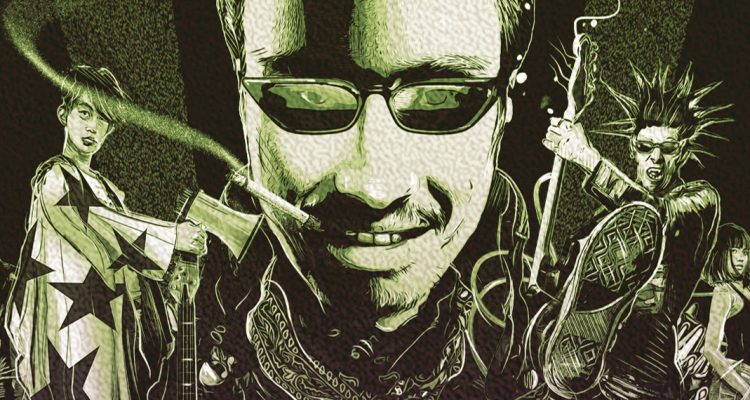 Everyone in the movie looks like a Road Warrior reject, and the camera is ensconced with the vitality of the movement of the world caught in this cinematic universe. It’s worth a look.

In a derelict industrial wasteland somewhere on the outskirts of Tokyo, two rival punk bands and their unruly mobs of fans gather for a Battle of the Bands-style protest against the construction of a nuclear powerplant, bringing them head to head with the yakuza industrialists behind the development of their turf.

How to describe this strange neo-punk movie from Japan? It’s definitely apocalyptic. The world hasn’t met with a major disaster yet, but I guarantee that one is coming, and soon. It takes place in a time and a place not unlike the one shown in the first Mad Max or in Dead-End Drive-In where chaos reigns, and the police force is a distant authority and where the rule of thumb is to not have a rule of thumb. In the city shown in Burst City, an amalgamation of ignorance and nihilism has created a new demographic, one which is extremely dangerous and careless, where the street breed is bred of a strange hatred of all things orderly and correct. Everyone is on no-one’s side, and there is a blasting noise coming from all corners that screams of anarchy. Punk bands gather in some kind of protest and gangs are forced to one-up each other for supremacy. The government has vaguely promised to build a nuclear power plant in the middle of the gang-ruled city, and because the numberless punks refuse to back down, geared-up police infringe on their turf and incite more violence. The story is there, but it’s in the noise, not in the declaration of a script or dialogue, because there really isn’t any to speak of.

I found this movie interesting to watch and listen to from almost the get-go. The rock music may not be for everyone’s tastes, and because it is mostly sung in Japanese, there are constant subtitles to read. The look of the movie is almost reminiscent of a Troma film or something like Street Trash, where every frame is filled with filth and garbage. Everyone in the movie looks like a Road Warrior reject, and the camera is ensconced with the vitality of the movement of the world caught in this cinematic universe. It’s worth a look. Directed by Sogo Ishii.

Arrow Video’s newly released Blu-ray edition of Burst City comes in high definition for the first time, and has a brand new audio commentary, a new 56-minute interview with the director, an analysis about the making of the film, the trailer, and more. 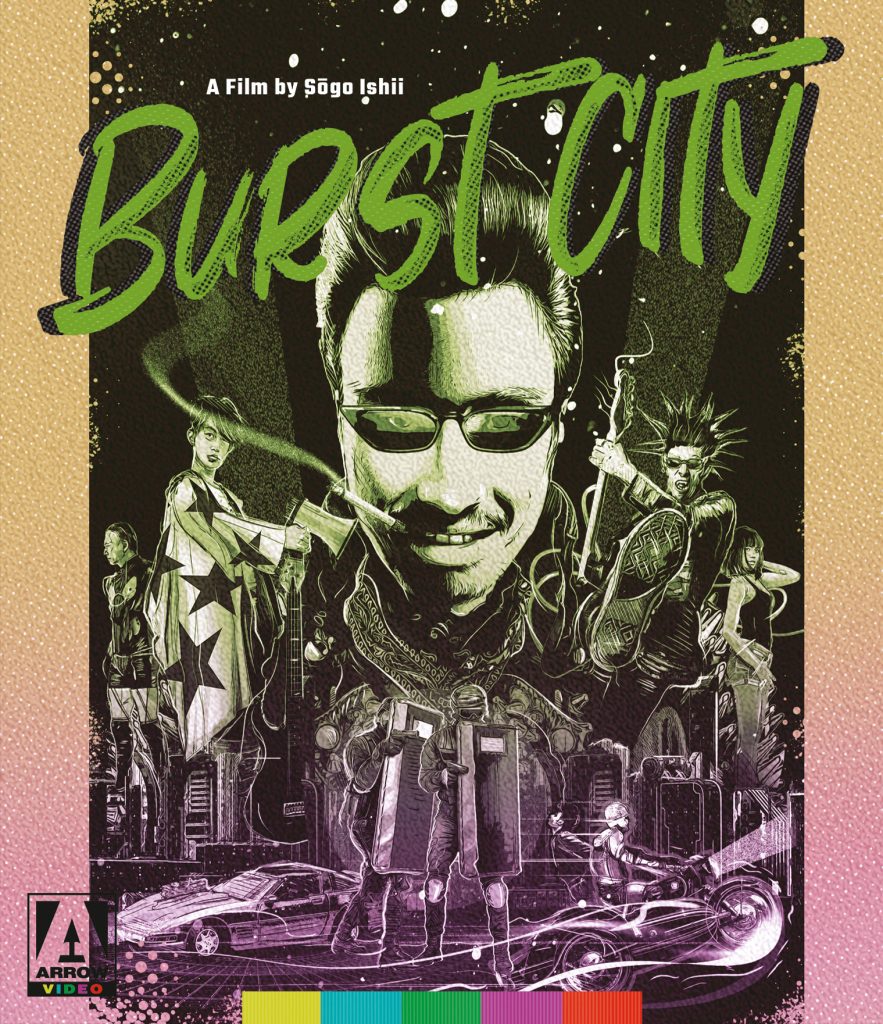