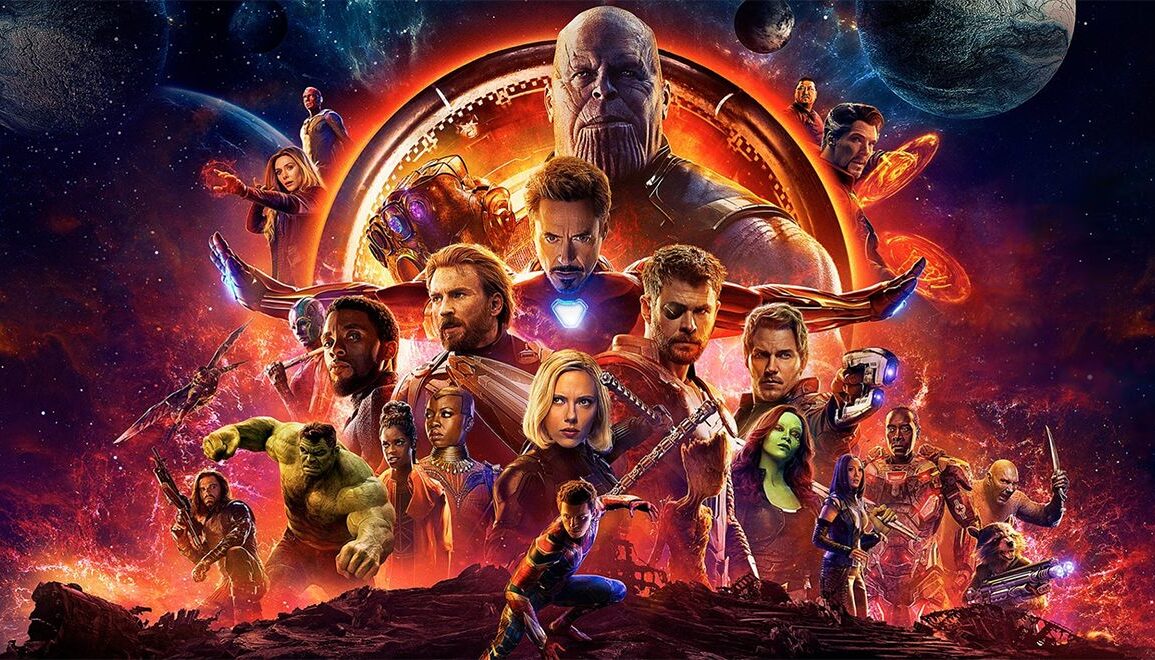 Infinity War delivers all the spectacle end thrills you’d expect and the devastating finale means it will be a long wait until the second part.

Plot: The Avengers and their allies must be willing to sacrifice all in an attempt to defeat the powerful Thanos before his blitz of devastation and ruin puts an end to the universe.

Review: The movie event of the year has arrived; the hype has been building for months and now finally Avengers: Infinity War is here. But is it worth the wait? Actually… yes. I went in with an open mind as I am not a fanboy but expected a couple of hours of quip-filled entertainment.

I’d be lying if I didn’t say that Infinity War is a towering achievement not just for superhero movies but movies in general. The past 10 years have led to this with 18 films, not all of which have been amazing but have served their purpose in introducing new characters and building the MCU.

Going in I was wondering how they could pull this off having so many characters; would everyone get enough screentime? Somehow they did it with nearly everyone getting a moment to shine. The only character who felt underused was The Hulk. My favourite shot from the trailer of our heroes charging into battle (with the Hulk) isn’t even in the movie which was a little disappointing.

Iron Man, Dr. Strange, Captain America, Black Panther, Thor, Spider-Man and the Guardians of the Galaxy all have plenty of scenes and for once the drama isn’t diluted with humour. There are of course plenty of jokes but never at the expense of a scene. Like Black Panther people do indeed die in this movie and they don’t come back. I’m not going to say who because I’ve never spoiled a film in a review in my life and I’m not about to start now.

Infinity War finally has Earth’s Mightiest Heroes facing off against the super powerful Thanos and he has been worth the wait, easily becoming the best Marvel villain to date.

What surprised me is that Thanos isn’t just a heartless monster who wants to destroy the universe for fun; he watched his own world die due to over population and is frankly wanting to do Earth a favour. I for one welcome our overlord Thanos and if he wants to wipe out half the population then I say go for it. #TeamThanos

Infinity War isn’t short on heart either and for once there are genuine stakes so we feel like the world is in real danger. Our heroes suffer emotionally and physically so there is no shortage of “holy shit” moments.

There is plenty of heroics too with Thor nearly stealing the show with his buddy banter with Rocket and Cap’s entrance is a particular highlight.

Alan Silvestri returns to score the movie and the triumphant Avengers theme is played to perfection at various points throughout.

In terms of action most of it is done with CG so I think Captain America: The Winter Soldier will still be the fan favourite as the hand to hand combat scenes remain the best of the MCU.

There is a real sense of scale though and the sheer imagination on display is incredible; I love when a blockbuster isn’t afraid of going a little weird and Infinity War has some surreal visuals and sequences which are jaw dropping.

Overall, Avengers: Infinity War is a staggering achievement and one I will be going to see several times on the big screen.