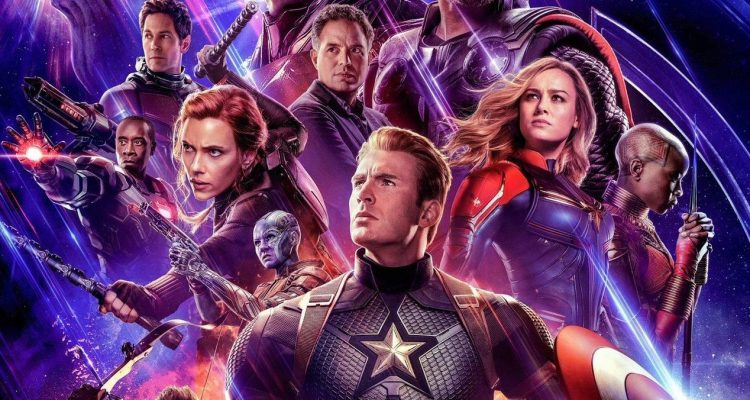 Avengers: Endgame is everything you could ask for delivering unpredictable twists and turns, stunning spectacle and emotional moments.

Plot: Adrift in space with no food or water, Tony Stark sends a message to Pepper Potts as his oxygen supply starts to dwindle. Meanwhile, the remaining Avengers — Thor, Black Widow, Captain America and Bruce Banner — must figure out a way to bring back their vanquished allies for an epic showdown with Thanos — the evil demigod who decimated the planet and the universe.

Review: To say I’m an emotional wreck after seeing Avengers: Endgame is an understatement. I am beyond emotional – from tears of bliss, laughter, and utter sadness, I am completely destroyed after seeing Endgame, but in a good way. As a fan of the MCU, I think this film is the perfect ending and a perfect beginning for the franchise.

This film is a culmination of 22 films of a cinematic universe that has never been established in film history: and Avengers Endgame will go down in history as one of the BEST superhero movies ever made.

I hesitate to talk much about this film, as it’s something people will need to witness. The film literally picks up mere seconds after Infinity War, and the direction of where the film goes within the first 20 minutes is completely out of the blue and a total shocker for the audience, yet the story to follow is a crazy episodic that rips inspiration right out of the comic books that will leave you grinning from ear to ear.

The film is very ambitious and I got to hand it to the Russo brothers and the writers, as they absolutely deserve accolades for this movie. The scale of this film is HUGE, yet very grounded. They absolutely know when to make an audience laugh, and when to make an audience cry. They’ve taken 11 years of MCU history, and created something magical and that’s what Endgame is, a total magical experience from start to end.

The focus of the movie surrounds the core 6 original members of the Avengers, with every single one of these characters getting the spotlight throughout the film. I was mostly surprised that this was Jeremy Renner’s movie. His character, Hawkeye, has the biggest story arc out of all main Avengers, which allowed his character to shine more in this film opposed to his other moments in the MCU.

This could be a spoiler, so don’t read ahead if you don’t want to know, but this movie is FULL of cameos from individuals across almost all 22 films. Like actors who said they’d NEVER do another Marvel film… so seeing these characters pop-up made me feel all sorts of butterflies inside and cheer when they did appear on screen.

The film is over 3 hours long, so I’d suggest using the restroom before the movie, and maybe not drinking anything. Every moment of this film is crucial, so missing something will totally throw you off. It didn’t really feel like 3 hours as the movie is so fast paced, it leaves you engaged throughout the film and doesn’t let you go until the end. I was literally on the edge of my seat the entire movie.

Avengers: Endgame is the perfect finale to a lot of character’s stories, as it feels like the MCU is now reset after Endgame, and where the MCU goes from here, is a completely brand-new path. I’m so happy that this film lived up to my expectations, and even exceeding it. Fans of the MCU will absolutely love this movie and standup and cheer at some of the film’s most epic moments.

In terms of flaws I thought Captain Marvel was a little underused considering how hyped up she was but that was hardly a big deal.

We’re all in the Endgame now, so try to go into the film spoiler free. It will make the viewing experience 100x better, as this is the moment MCU fans have been waiting for during these last 11 years.