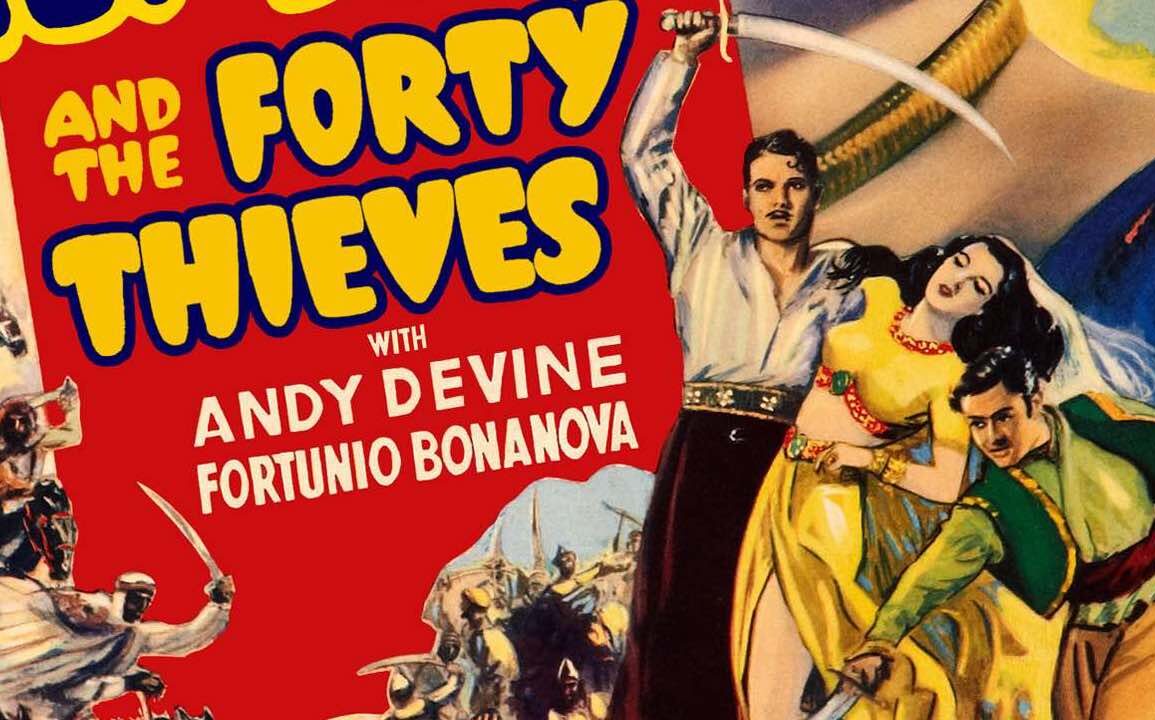 Very light on both swords and sorcery, Ali Baba and the 40 Thieves relies on drama and romantic tension to sell it as an afternoon matinee entertainment.

A boy prince, raised by forty thieves, takes revenge on the Mongol invaders who murdered his father and stole his kingdom.

Jon Hall and Maria Montez reunited after starring in Arabian Nights several years earlier to tell another story from the same source material. Hall plays Ali Baba, the rightful Kalif of Bagdad, who is forced to live in a cave with 40 thieves for most of his young life after his father is usurped by a band of Mongol invaders. Hulagu Khan (Kurt Katch), the Mongol leader, has his eyes set on marrying a beautiful young woman (played by Montez) who was promised to wed Ali when they were children, and when Ali steps into his own as a fighter and a man, he secretly leads his 40 thieves into Bagdad and stages a rebellion that results in a swashbuckling finale.

Very light on both swords and sorcery, Ali Baba and the 40 Thieves relies on drama and romantic tension to sell it as an afternoon matinee entertainment. There are magical aspects to the story (“Open sesame!” makes the cave open and close magically, for example), but this movie certainly belongs in the canon of Arabian Nights adventures and tales. Some may enjoy it. Others will be bored by it. I was somewhere in the middle. Filmed in Technicolor. Directed by Arthur Lubin.

Kino Lorber’s new blu ray of this title comes in high definition, and it’s a nice upgrade from the Universal DVD. It also comes with a new audio commentary by a film historian, plus the original trailer. 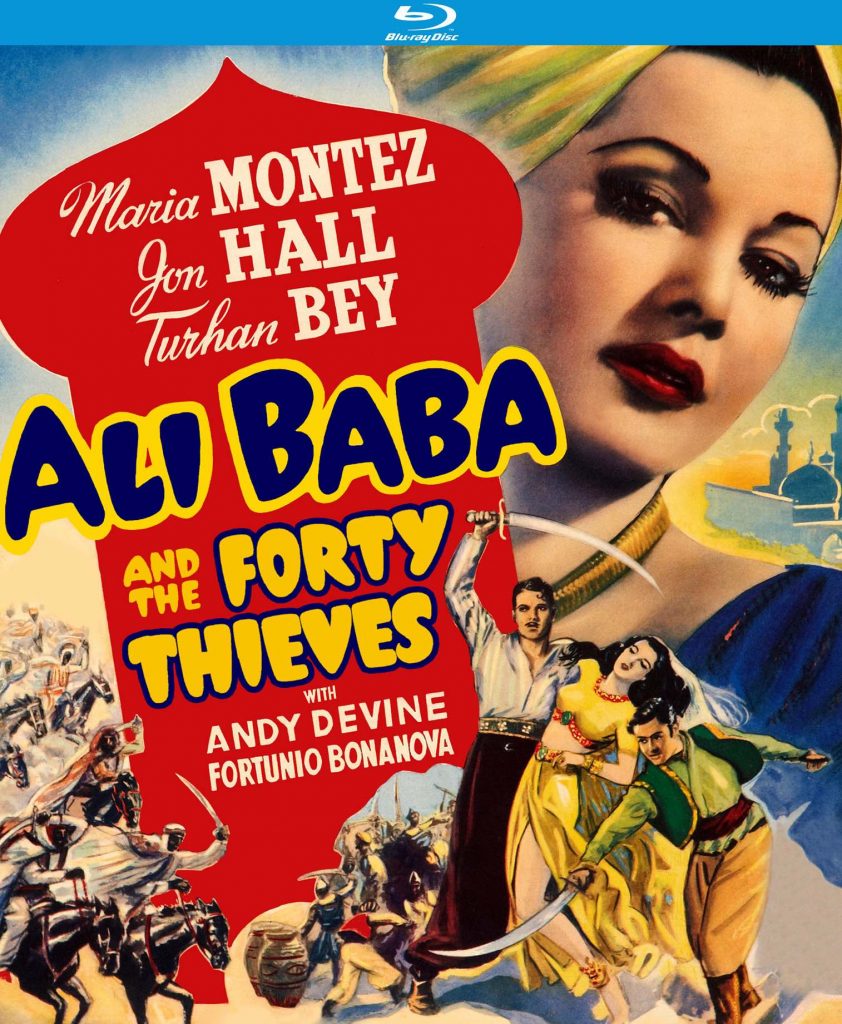