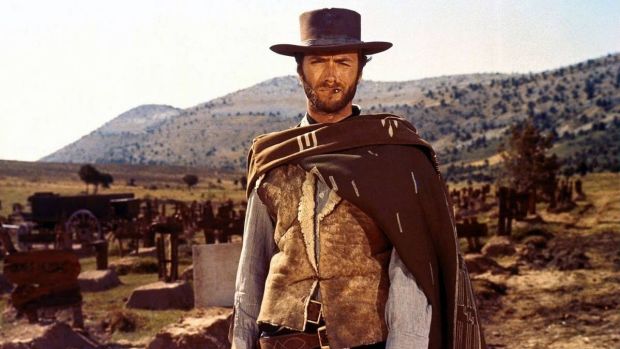 I’ve seen this movie so many times over the years, but this was the first time where I felt like it looked brand new with vibrant colors and light. A plethora of special features (commentaries, documentaries, etc.) are included for the true fan.

Plot: A wandering gunfighter plays two rival families against each other in a town torn apart by greed, pride, and revenge.

Review: Joe (Clint Eastwood) is a vagabond gunslinger in search of a big score. He lands in a nowhere town populated by two competing cartels: The Rojos and the Baxters. The Rojos are the stronger family, with cutthroat, homicidal bandits on their team, while the Baxters are the more cunning and calculating bunch. Joe decides to play both sides for cash. He starts by killing four Baxters and selling his muscle to the Rojos, and then he leaves the Rojos to sell information to the Baxters. Both sides don’t really like or trust him, but he proves himself useful to both sides. When a shipment of gold is taken from the Mexican military by the Rojos (after a spectacular slaughter), Joe sees that as his opportunity to angle himself in a position to get both gangs to kill each other, and he’ll be left to take the gold, but things don’t go quite as he plans when he decides to help a kidnapped woman escape with her son and husband. By doing a good deed, he puts himself in a very dangerous spot when the Rojos see that he’s been double dealing them all along.

The spaghetti western that kickstarted an entire subgenre and an industry for Spanish / Italian cinema, A Fistful of Dollars is an uncredited remake of Kurosawa’s Yojimbo. Director Sergio Leone delivered a highly stylized and entertaining western here, and its style was emulated and copied for decades after. Eastwood made the quintessential “Man With No Name”-type western hero, and while the movie follows a simple formula, it’s still very enjoyable and important.

Kino Lorber’s new Blu-ray of A Fistful of Dollars looks incredible in its 4K restoration. I’ve seen this movie so many times over the years, but this was the first time where I felt like it looked brand new with vibrant colors and light. A plethora of special features (commentaries, documentaries, etc.) are included for the true fan.