It’s just right, but not incredibly amazing or memorable, but it doesn’t have to be. It accomplishes exactly what it sets out to do, and it’s a fun diversion, especially for this time and place.

A teenage boy, Ben, is sent to live with his father for the summer and work at the local marina in order to gain some form of discipline. The town offers little solace for him, however, as he is forced to deal with the local, privileged teens and his fathers new girlfriend. Bens problems grow increasingly disturbing when he makes a chilling discovery about the family renting the house next door.

Teenager Ben (John Paul Howard) joins his father for the summer, with the intent of working at the wharf for a few months to earn a few bucks, and right away he’s an outcast with the locals, who see him as a privileged city boy who doesn’t belong. His dad is seeing a new woman, and it seems serious, which throws him for a loop, but something far more sinister is going on in the neighborhood: the family next door seems “podsnatched” or replaced by a different family altogether, and Ben is the only one who notices. The parents act like they don’t have a child anymore (we know they did), and so Ben begins to realize that there’s a witch or some kind of spiritual entity that has been unearthed from the woods, and when it realizes that Ben is onto it, he becomes the creature’s next target. He teams up with a local girl to get the neighborhood straight before the creature’s dark influence begins to spread even further …

A surprise drive-in hit during the pandemic, The Wretched brought me out of quarantine and got me to my local drive-in theater, where I saw it in its first week of release, and apparently I’m not the only one. This is literally the biggest theatrical hit of the summer, and it’s a fun creature feature, especially if you’re prone to enjoying these kinds of monster flicks. It’s just right, but not incredibly amazing or memorable, but it doesn’t have to be. It accomplishes exactly what it sets out to do, and it’s a fun diversion, especially for this time and place. Written and directed by The Pierce Brothers, who seem to draw inspiration from a variety of films, it definitely warrants a sequel or a follow-up of some kind.

The new Blu-ray of The Wretched (out this week) comes with two audio commentaries. It actually looks better on video than it did at the drive-in. Fun stuff! 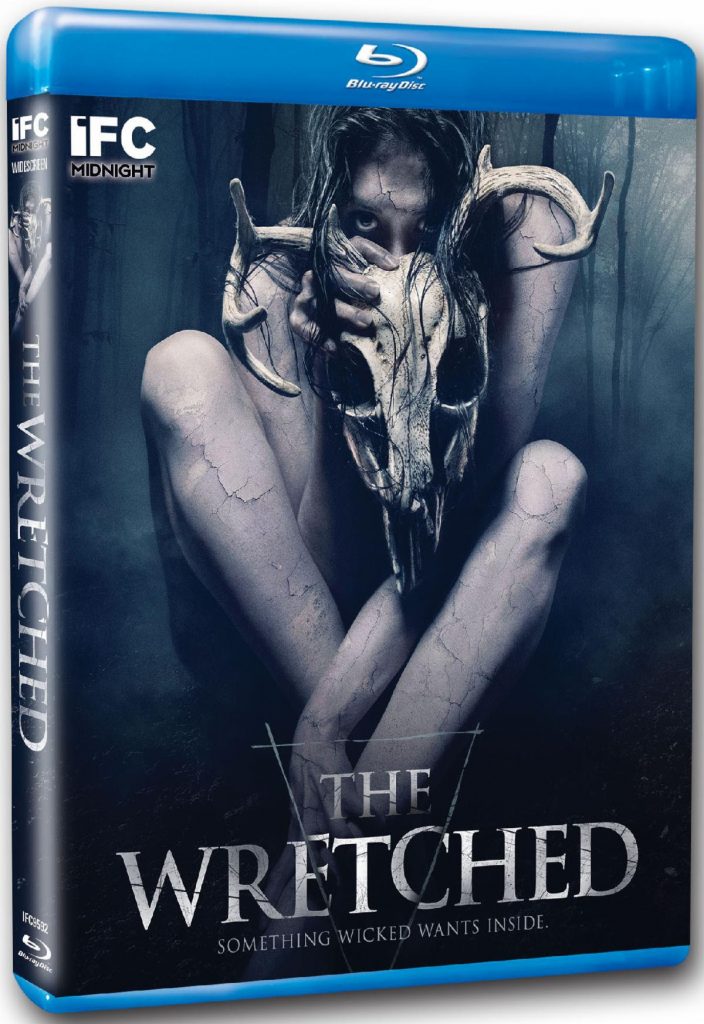