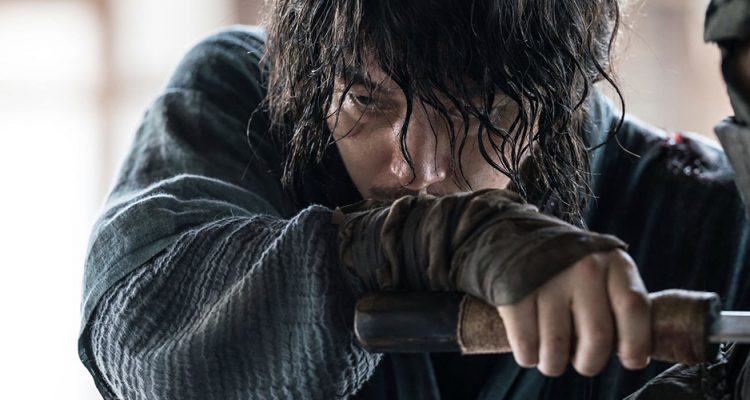 A South Korean period-set riff on Taken but with swords, The Swordsman works best when it’s got the blades out, and it surprised me by not getting too emotionally bogged down with sentimentality and weepiness.

As he’s going blind, a great swordsman in hiding comes back into the fore when his adopted daughter is taken by a human trafficking ring that is becoming very powerful in the Joseon region of Korea.

A warlord from the Qing Dynasty has set up shop in the Joseon region in Korea, and his men pretty much have free reign with all their muscle (and ninjas!), and they’ve even gotten into the human trafficking game as they find it’s quite easy for them to take the local women, throw them in cages, and sell and trade them as they please. Not until a wealthy baron’s home is invaded by the warlord (played by Joe Taslim from The Raid) does it become clear that the invaders will soon have full control over the realm. The baron’s own daughter and his new adopted daughter are taken prisoner by the slavers, and this is serious business for a nearly blind ex-swordsman named Tae-yul (Jang Hyuk) whose own daughter was newly adopted by the baron for the purpose of supplying Tae-yul with the medicines he needs to stop his blindness. Tae-yul comes out of seclusion to track down the slavers who are ravaging the region, and when he unsheathes his unique sword, he reveals himself to be the greatest swordsman in the land. There will be hell to pay!

A South Korean period-set riff on Taken but with swords, The Swordsman works best when it’s got the blades out, and it surprised me by not getting too emotionally bogged down with sentimentality and weepiness. It sticks to the action, and it manages to be a pretty satisfying action film, despite the fact that it’s not especially original. The choreography is more than adequate, and Taslim plays a good bad guy, and so there’s very little to complain about here. Fans of these kinds of martial arts / sowrd fighting movies should enjoy the heck out of it. It’s from director Jae-Hoon Choi.

Well Go USA has just released a Blu-ray and a DVD of The Swordsman. It comes in the original Korean language, as well as a dubbed English version, plus trailers. 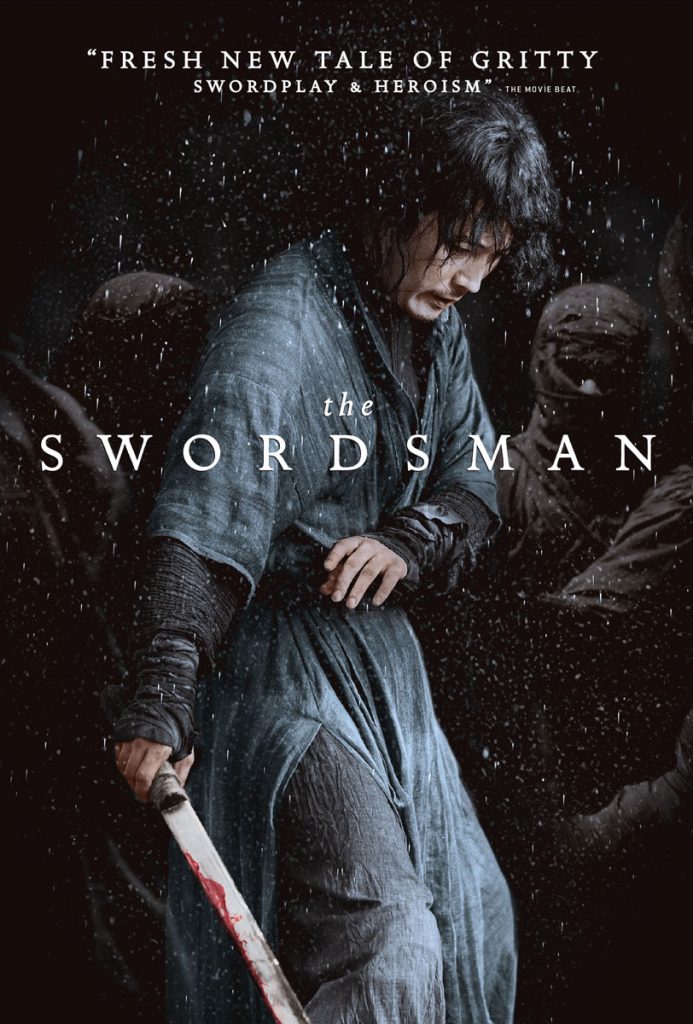