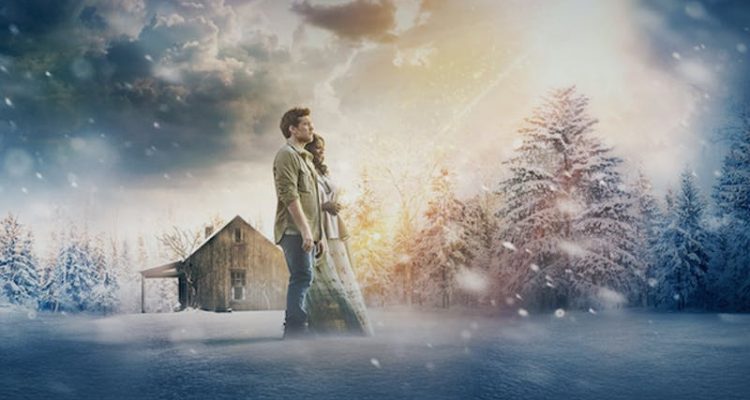 The Shack is a little heavy handed and the story is pretty straightforward but I liked the uplifting message and took away something positive from watching it. I would happily sit through it again and get something from it with every viewing.

Plot: After the abduction and assumed death of Mackenzie Allen Phillip’s youngest daughter, Missy, Mack receives a letter and has the suspicion it’s from God asking him to return to The Shack where Missy may have been murdered. After contemplating it, he leaves his home to go to The Shack for the first time since Missy’s abduction and encounters what will change his life forever.

Review: I didn’t know much about The Shack before going into the theatre so I wasn’t sure what to expect. I’d watched one trailer and it gave off the impression of being similar to What Dreams May Come. It ends up that it wasn’t really like that at all but was more a tale of loss, grief and ultimately forgiveness.

It’s genuinely moving but admittedly a little heavy handed with its message and overlong; a few scenes could have been shortened too just for pacing but I’d be lying if I said I wasn’t engaged from beginning to end.

Sam Worthington still can’t hide his accent but I really liked his character of Mack who is filled with grief and anger after the murder of his little girl Missy. He blames God for this tragedy and is surprised when “Papa” himself shows up to help Mack move on from his loss. Octavia Spencer plays God and she really is as fantastic as ever. One line she said stuck with me “If all you see is pain, you’ll lose sight of me” which is something we all can do from time to time.

When things go bad we all blame God or the universe for what happens and The Shack doesn’t provide easy answers. The standout scene is when Mack is taken for judgment by “Wisdom” (Alice Braga) and asked if he would condemn his late, abusive father to Hell even after he is shown what his father’s upbringing was like.

There are some beautiful visuals and when God shows Mack the way he sees the world and that we are all beings of light it was such a stunning visual that I can’t get it out of my head.

We never actually find out who murdered Missy but it’s not that kind of story; this is about dealing with the loss and trying to do the hardest thing imaginable: forgiving someone who has hurt your family.

Overall, The Shack is a little heavy handed and the story is pretty straightforward but I liked the uplifting message and took away something positive from watching it. I would happily sit through it again and get something from it with every viewing.