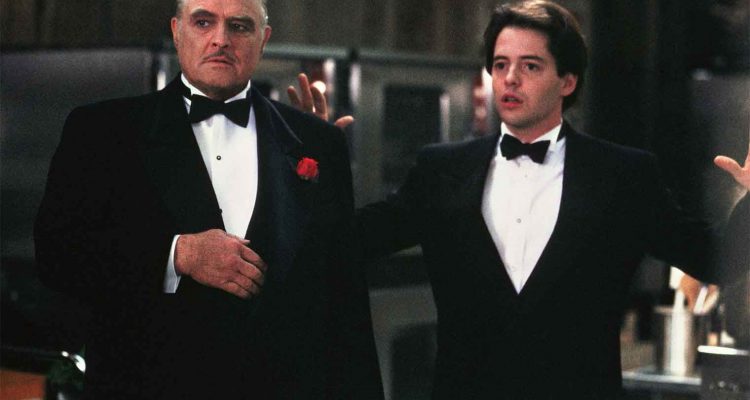 The Freshman is a bit of a screwball comedy on cruise control, and it might’ve been even more hilarious with a more inspired and comically timed script, but it works just as it is.

An impressionably New York film student somehow finds himself in way over his head when he gets a job with a local mafia don.

On his first day in New York on his way to film school, Clark Kellogg (Matthew Broderick) is robbed of his belongings and every cent he has, but as luck would have it, on the same day he finds and chases the thief (played by Bruno Kirby) who robbed him. Instead of returning his stuff, the thief offers Clark an opportunity of a lifetime: to meet his uncle, a notorious mafia don named Carmine Sabatini (Marlon Brando), who inspired the character made famous in The Godfather. When in Carmine’s presence, Clark is befuddled and amazed (and more than a little afraid) at what has transpired, but then something unexpected happens: Carmine offers him a job to drive as a courier for a lot of money. Despite his good sense, Clark takes the gig, and his first run will be to pick up a “package” at the airport and to deliver it to New Jersey, all very hush-hush. When he picks up the package, he’s stunned to find that the package in question is a living, breathing Komodo Dragon, one of only eight of the species left on earth. He delivers it to a man with an exotic menagerie, and that’s when things get really interesting: All of a sudden government agents are tailing Clark and then he’s coerced into being a material witness against Sabatini, who apparently is running a “gourmet club” for high paying clients who fork over upwards of a million dollars each to eat a full-course meal of endangered species. Clark, who is now “in” with the don and whose daughter (played by Penelope Ann Miller) wants to marry him, is in the middle of a very complicated – and amusing – situation where everything depends on his participation – for both sides!

From writer / director Andrew Bergman, The Freshman is a bit of a screwball comedy on cruise control, and it might’ve been even more hilarious with a more inspired and comically timed script, but it works just as it is. Broderick plays well against Brando, who has all the best moments in the movie. Brando must’ve had some fun playing the don again (because he’s basically re-playing him from top to bottom, just with a little wink), and everyone around him must’ve had a great time watching him do it. The plot is a little zany, but for a “PG”-rated movie with this story and these actors, it’s a neat accomplishment.

Mill Creek recently released a Blu-ray edition of The Freshman, and it’s packaged as part of their VHS-styled releases. The transfer is adequate, but there are no special features included. It’s affordably priced to own. 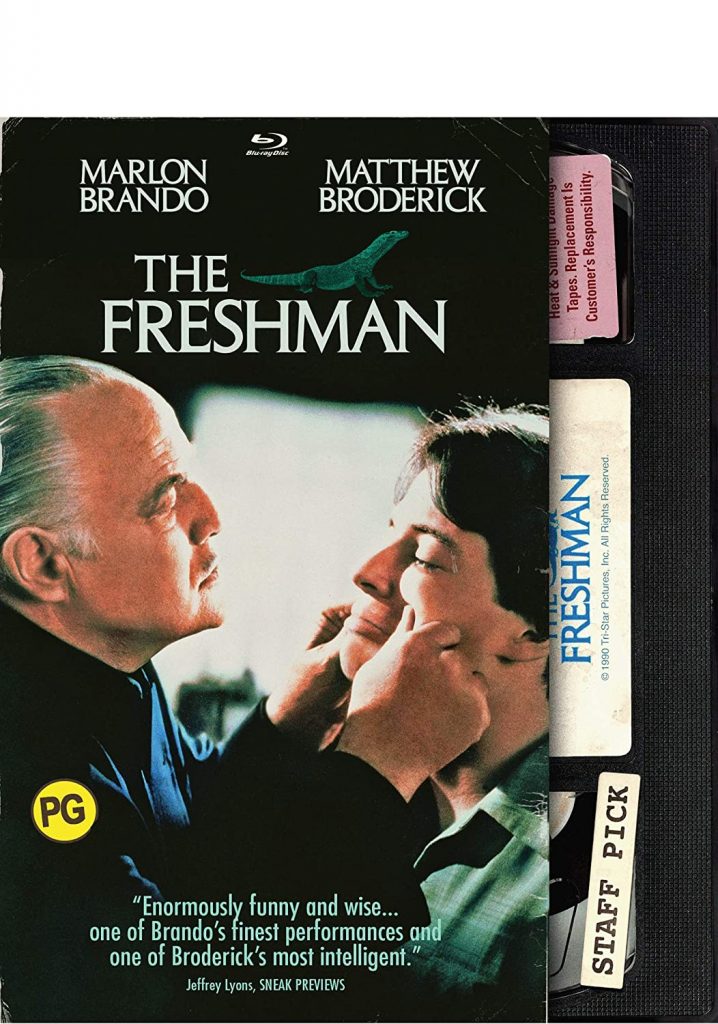