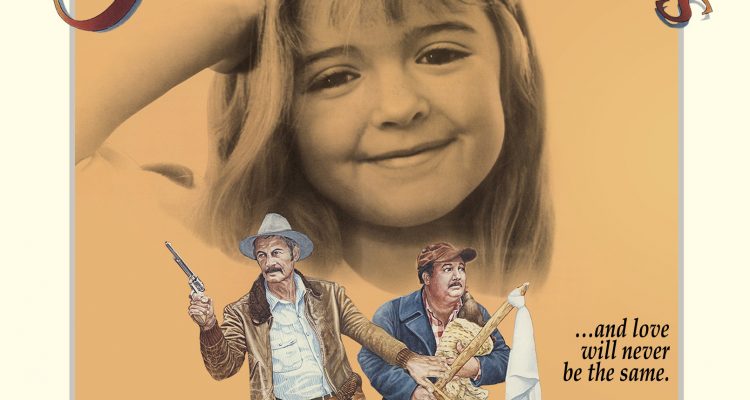 What could have easily turned into a horror show due to its very sensitive subject matter, Savannah Smiles eventually won me over with its sweet heart.

Plot: The young daughter of a politician runs away due to lack of attention. She hides in the car of two not-so-bright crooks who are slowly converted into parent figures to her. A surprising bond of love and redirection forms among the trio as the police close down on the supposed kidnappers.

Review: Two bumbling crooks (Mark Millar and Donovan Scott) are fugitives from the law when a little girl named Savannah (the late Bridgette Anderson) stowaways in their stolen jalopy car. Running away from home because her parents have been so focused on her dad’s political campaign, Savannah has had enough of being ignored. Not realizing that she’s in the backseat of the car, the two crooks soon come to realize that they’re in much deeper trouble than they ever could have imagined now that they can be pinned with a kidnapping charge. The media picks up the story (because Savannah’s father is famous), and a $100,000 reward is offered for the safe return of the child, which is an incentive for the two on-the-run crooks to get a nice payday, but over the course of a week they begin falling in love with the cute girl who teaches them to reform their ways. She tells them bedtime stories and has them waiting on her hand and feet. When they realize they can’t keep going on the way they’ve been going, they stage a return of Savannah, but the exchange proves to be way too tense than they could have anticipated when the FBI and their agents swarm in and threaten to kill the two nice bad guys before they ever have the chance to return the girl safely.

What could have easily turned into a horror show due to its very sensitive subject matter, Savannah Smiles eventually won me over with its sweet heart. The movie doesn’t have a mean bone in its body, despite how icky it can be construed, especially in light of recent real-life stories of pedophiles abducting and raping and murdering little girls. The movie treats the whole scenario with a bit of comedy in the vein of a Shirley Temple movie or an episode of The Little Rascals, so it’s quite genteel and generous with its characters. Nobody dies or gets hurt in the movie, and the whole thing is very innocent. Young star Anderson is a darling in the movie, and in light of her passing of a heroin overdose at age 21, the movie has a strange pall over it. Co-starring Pat Morita, Michael Parks, and Peter Graves. From director Pierre De Moro.

MVD Rewind has just released a Blu-ray / DVD combo pack of Savannah Smiles. The 2K transfer is incredibly filmic and full of textures and grain, and special features include a making-of documentary, and a touching tribute to star Anderson.