An interesting little “what if?” type comedy / drama with some spitfire in its center, Passport to Pimlico is charming, if a little too “newsflashy” in its method of telling its story.

Residents of a part of London declare independence when they discover an old treaty. This leads to the need for a “Passport to Pimlico”.

An old, unexploded bomb from World War II sits in a ditch in a little English township called Pimlico, and by a fluke, the bomb goes off, revealing a small cavern underneath the town where priceless treasures have been hiding for hundreds of years. A judge must decide what to do about the treasure: How to split up the proceeds of it, should a reward be given for finding all of the artifacts within, but first a scholar is brought in to determine where it originated from. After some research, the scholar declares that it belonged to the original Duke of Burgundy, and she also drops a big one on everyone: Pimlico, is in fact, not part of England at all, but of Burgundy, France, as per an original settlement agreement between the Duke and Britain. What this means is that Pimlico is no longer British soil, but of France, and completely independent of British rule. The people of Pimlico rejoice at first. Their story makes world news, and they revel in their independence, but soon Britain cuts them off of all support and supplies. The treasure they have is worthless until they can decide how to place a value on any of it, and there’s even a current Duke of Burgundy who tries to lay claim to it all, but the townsfolk become so cloistered in their newfound independence that they suffer for it. Eventually, they must try to annex Pimlico to rejoin the British Empire or die on the vine.

An interesting little “what if?” type comedy / drama with some spitfire in its center, Passport to Pimlico is charming, if a little too “newsflashy” in its method of telling its story. I’d like to see a remake of this from BBC or something because this is a great story. I’m not too familiar with Ealing Studios, which made this, but apparently they were a pretty thriving studio back in the day. From director Henry Cornelius.

Film Movement Classics recently released a Blu-ray of this title in a newly restored transfer, with some choice bonus features to round it out. An insert booklet with an essay is also included. 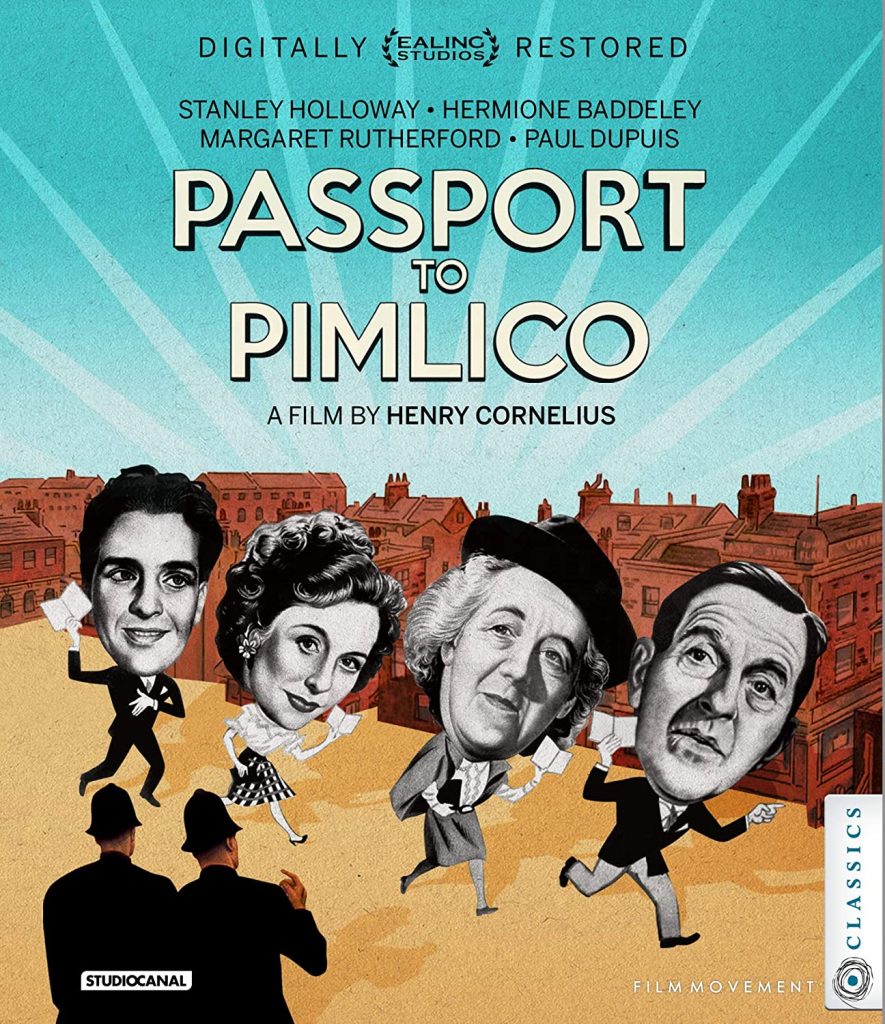