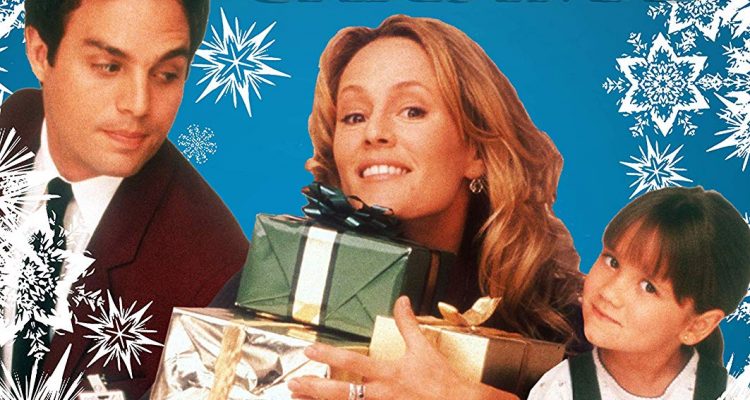 On the Second Day of Christmas (1997) Kino Lorber DVD Review

If you’re looking for a sweet, non-offensive holiday movie with two likable actors in the leads, then look no further than On the Second Day of Christmas.

Plot: After they are caught in the act, a by-the-book department store security guard is assigned as the custodian of a pickpocketing duo.

Review: Career criminal and master pickpocket Trish (Mary Stuart Masterson) and her six year-old niece Patsy, whom she’s grooming to be just like her, are caught picking the pocket of the snooty owner of a department store on Christmas Eve, and threatened with a meeting with Child Welfare Services or prison, a deal is struck with the store owner and the department store security guard Bert (Mark Ruffalo) who caught them: Trish and her ward must spend Christmas with Bert, who will guard them until Child Welfare Services open again on the 26th. Until then, Trish and Patsy are completely under the care of Bert, whose exasperation at having to babysit these two likable criminals gets on his every nerve … until he and Trish begin to have some chemistry and ultimately declare their love for each other on the 26th, just before Child Welfare is called. Thanks to an intervention Santa (the real Santa) and a helpful elf (played by Howard Hesseman), Trish and patsy are redeemed and there’s a happy ending.

I’m totally behind on Hallmark-type Christmas movies. In fact, it’s a genre I’m completely ignorant of. The only reason why I opted to watch and review this one was because of the cast, and as hokey as it is (and woefully unbelievable), it’s still a nice little time waster with a hint of Christmas spirit to it. It was made before Hallmark and other TV stations pumped out dozens upon dozens of similar-themed romantic holiday movies, so it’s got an air of freshness to it that is simply absent (I’m mostly assuming) in the newer movies. If you’re looking for a sweet, non-offensive holiday movie with two likable actors in the leads, then look no further than On the Second Day of Christmas. From director James Frawley.