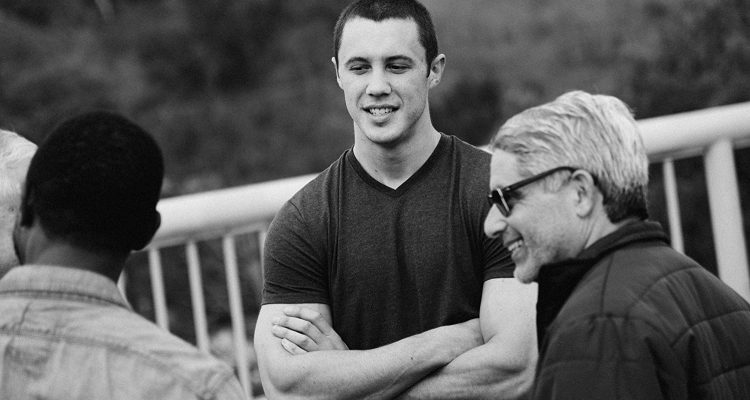 Though he has written “fifteen or sixteen” others, Nathan Illsley‘s script for “Acts of Desperation” is his first that “Really got any attention”.

The thriller, on VOD this month, is an intensely unique and unpredictable thriller that sees the lives of a desperate cop, his distraught wife, a bank robber, an obsessed woman, and two criminals intertwine. Paul Sorvino and Jason Gedrick are among the cast.

How did you get started in the industry, Nathan?

Acts of Desperation is really my first foray into the industry. Richard, the director, and Vince, one of the stars and producers, found my script a little while back and thought that it had some legs, so we worked together to refine it and eventually get it made. Before this, I didn’t have any connections in the industry, so Acts of Desperation is really where I started.

Was it a conscious decision to write movies?

Absolutely, I’ve always been interested in film, but writing seemed like the most intriguing part of it all to me. There’s obviously a lot that goes into a film being made, but it has to start with a story, which is why it was so appealing to me.

What was the first big script for you?

Acts of Desperation is really my first big script. It was the fourth one I’d written, but the first one that really got any attention, so I consider this my biggest script.

I imagine there’s a bunch of unproduced ones that you’ll now try to get made, too, now that Acts of Desperation has come to be?

Absolutely, I think I have fifteen or sixteen other feature length scripts I’ve written over the years in a lot of different genres. Some of them are good, some of them are downright awful, but I wouldn’t say no to having any of them made!

What appealed to you about writing this one?

Quentin Tarantino and the Coen Brothers are my favorite writers, and I’ve always loved the way they juxtapose the dark and comedic elements in their stories, which is what I was going for here. I also love the idea of intertwining stories as part of a greater narrative, so it was really fun to take these characters and put them in extreme situations that have unintended consequences for each other.

And did you have to do any research into it before putting pen to paper?

Even though the story is obviously a little extreme, I wanted it to be plausible, so I think the only research I did, if you want to call it that, was to look into whether or not these situations could actually take place. The bank robbery is sort of the catalyst to the entire story, so even though that scene is relatively simple, I did look into whether or not it was possible.  Not probable, but at least possible.

Did the film start with you – or were you hired to script it by the director?

It did start with me, this was a spec script that Richard, the director, found and optioned from me. I certainly worked with him as well as some of the cast to refine it, but the original idea and screenplay began with me.

Did you have any say in casting?

I did not, but the team kept me looped in throughout the whole process, so I knew what was going on as we were moving things along.

Is there a moment in the movie you’re particularly proud of?

I don’t think I could isolate one single scene that I’m prouder of than another. I think the cast really knocked it out of the park and their characters came to life extremely close to how I’d originally pictured them when I was writing.

I have a few things in the works, most of which actually came out of this project. I’m working with Richard, Vince and Leslie (another producer) on a rockumentary about Geoff Levin (who scored this film) and his brother Robbie and their band PEOPLE!. I’m also working with Vince and Geoff on two separate original screenplays, and with Jason (Grillo in Acts of Desperation) on a book adaptation. I have a couple other projects in the early stages as well, so hopefully a lot more to come in the near future!