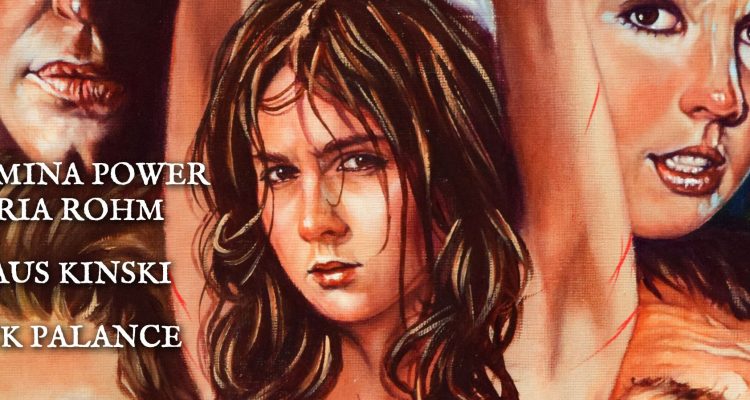 The film is one of the best looking erotica films of all time.

An innocent girl goes from one misadventure to the next after being cast out of school, and her story inspires the imprisoned Marquis de Sade to write a book about her.

Schoolgirls Justine (Romina Power) and her sister Juliet (Maria Rohm) are forced out of the school they’ve lived in for years when their parents die, and thrust out into the world with only a hundred crowns each they wander around Paris and end up in a fancy bordello where Juliet is immediately taken under the wings of the prostitutes, while Justine is cast out once again for being too timid and innocent, despite her beauty. She is promptly robbed of her money and ends up in the temporary care of a lecherous cretin who tries whoring her out, but that doesn’t last long, as Justine flees to the countryside and attracts an artist who falls in love with her. When authorities from Paris comb the countryside for her (they think she’s a thief), she flees once again for her life and is rescued by a group of depraved libertines who take her in and groom her for a special task that involves murder. When she fails at her task, she’s branded as a murderer anyways and she escapes once again and is taken in by another group, this time a blasphemous order of priests (led by a gleefully delirious Jack Palance) who worship nothing but lust. She’s thrown into a prison with a bunch of other girls, and over time she becomes the favorite study of their leader, who takes pity on her for having a pure heart and soul and releases her into the wild. Once again on her own, Justine joins a carnival side show and becomes a spectacle (she’s stripped naked on the nightly for the enjoyment of drunk crowds), but when it’s discovered that she has a murder brand on her body, she’s given over to the authorities for hanging. In a last-second rescue by her sister, who’s become a famous and wealthy courtesan, Justine joins a convent where she’ll likely spend the rest of her days contemplating the traumas of her youth. In a remote prison, the depraved Marquis de Sade (Klaus Kinski who never says a word) writes her story …

A well mounted (sorry, I had to) production from exploitation filmmaker Jess Franco, Justine might very well be his best film, and it’s pretty clear that he was working with a substantial budget with lavish sets, costumes, and locations. The film is simply stunning in its beauty, and with gorgeous women – almost all of whom have lots of nude scenes – the film is one of the best looking erotica films of all time. Palance steals the show with his few scenes (he’s freaking hilarious), and star Romina Power was a lovely looking young lady who might not have had the screen presence or the gravitas of some of her peers, but she inhabits the role adequately. The movie isn’t as kinky or twisted as it might’ve been, and it’s actually a pretty solid story about one woman’s quest through trials and tribulations.

Blue Underground’s three-disc limited edition Blu-ray release of Justine looks sharp and crispy in a 4K transfer, and it comes with a bonus CD soundtrack by Bruno Nicolai, an insert booklet, and some interviews, trailers, and a still gallery. In the old interview with Jess Franco, he trashes star Romino Power, which is pretty telling, and he gleefully states that Jack Palance was drunk with wine by 7am every morning on the shoot. 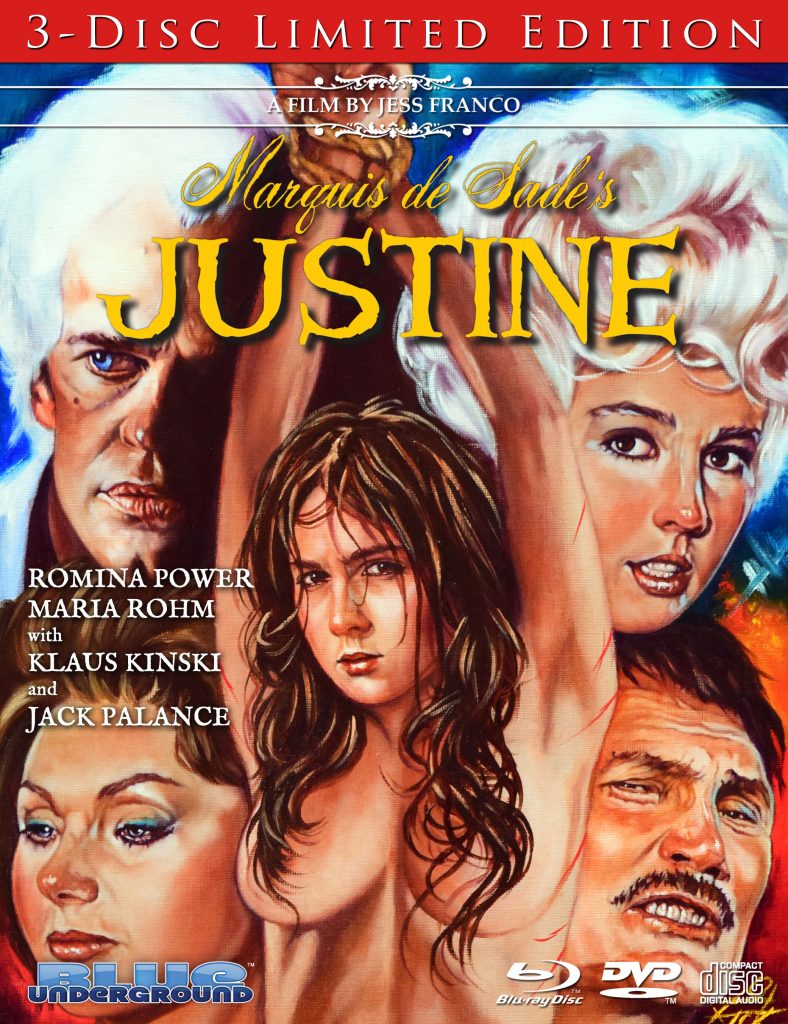