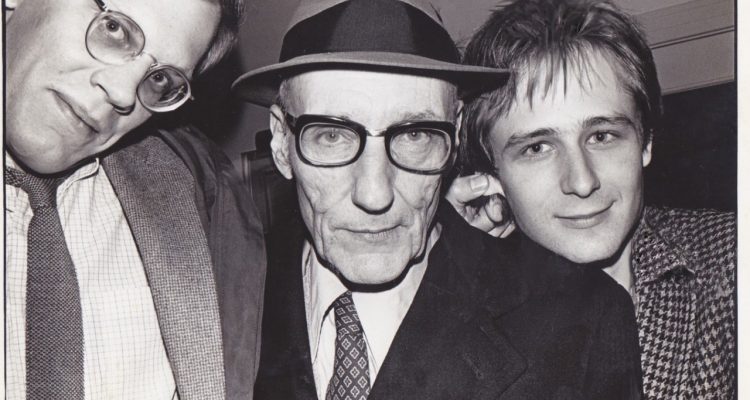 Tom Huckabee, a veteran writer, director, and producer of such films as Frailty, Carried Away, and the upcoming documentary Picasso’s Christ has tackled various projects through his nearly 40 plus year career. In 2018 Mr. Huckabee revisited his most enigmatic project, Taking Tiger Mountain, starring the late Bill Paxton. The film, originally created in 1983, portrays a bleak future where the Europe is united under the control by a totalitarian, patriarchal government. A brief synopsis is listed below.
“An American draft dodger, Billy Hampton, is brainwashed by a secret society of militant feminists to assassinate a political leader within the British government. Industry within the new Britain is heavily controlled by the government, with every town and city being forced to solely focus upon the industry the government imposes upon them. The government official targeted by the feminists is the minister of prostitution that oversees the industry in Brendovery, Wales. Billy, believing himself to be on a vacation that will hopefully be filled with relaxation and a myriad of sexual romps, is unknowingly moving closer to his intended target. The conflict between his true self and the ingrained programming forced upon him will lead him on a surreal journey unlike anything viewers have ever seen.”
Taking Tiger Mountain upon its original release was met with conflicting reviews and ultimately lost for nearly 40 years. Tom Huckabee through the rediscovery of the film and additional footage created a new version of the film aptly titled Taking Tiger Mountain Revisited. This new revision was released in 2018. Tom was willing to answer a few questions about his vision for the film and the subsequent revisit of the project.

Could you talk a bit about your creative process of taking a book like Blade Runner (William S. Burroughs) and transforming it into the script that would become Taking Tiger Mountain Revisited?

The story was completely finished and the film was edited, when I acquired two or three pages of text from Burroughs’ Blade Runner to use as part of the background radio broadcasts.   It is approximately the first three minutes of radio material, dealing with events happening in New York City, while the story is taking place in Wales. That said, the influence of Burroughs on the story, themes, and style of the film is profound in the brainwashing sequence, government control, dystopian future, experimental tropes, assassination plot, polymorphous perversity, and black humor.

What previous directors and auteur’s works influenced the direction of TTMR?

TTMR draws conflict between the feminist viewpoint and the masculine viewpoint within the film. Can you talk about that relationship in terms of the events in the movie?

I like to think of it as a dialectic between William Burroughs’ militant misogyny and Valerie Solanas’ radical misandry, with Billy Hampton as an innocent victim, mostly, caught between these ideological forces. 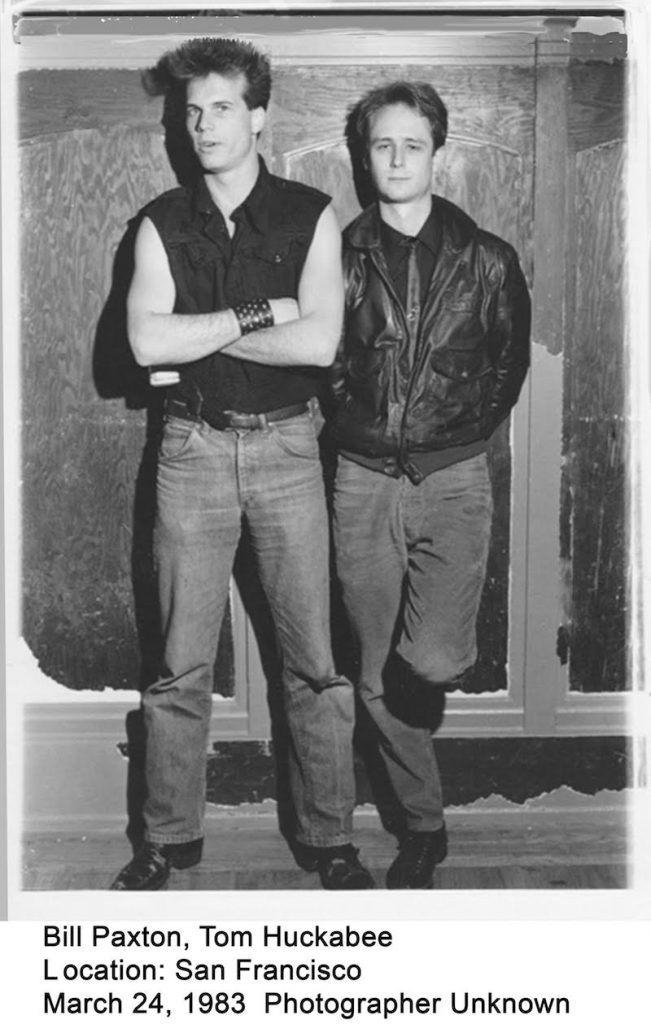 How closely was the original script followed and how the story change with input from Bill Paxton and others during the original filming?

The story went through four distinct periods of creation:  1. Kent Smith’s original script, entitled Taking Tiger Mountain, written in 1974, based loosely on the John Paul Getty III’s kidnapping of 1973 and Albert Camus’ The Stranger.  It was set in the casbah of Tangier, Morocco.  2. After Bill and Kent got ejected from Morocco before shooting even a foot of film, they drove to Wales, adapting the script significantly to the new location and the people and opportunities that presented themselves; but they ran out of film and money after shooting about half of their script. 3.  After I acquired the footage in 1979, I knew I couldn’t go back to Wales, so after editing their footage to about 55 minutes, I wrote a new story with a lot of help from collaborators, like Paul Cullum, Lorrie O’Shatz, and Ray Layton. I incorporated the Burroughs material and dropped the 55 minutes from Kent and Bill’s script into it.

We wrote the ten-minute introductory section with the women and shot it on a sound stage in Austin, incorporating footage from another unfinished film by Kent and Bill called “D’Artangan. I also built ten minutes of scenes from outtakes. In 1980, Paxton came to Austin for a few days to “loop” all of his dialogue, as no sound had been recorded in Wales.   He improvised a lot of his voice-over narration, while under hypnosis. This film, called Taking Tiger Mountain, was released on 35mm in 1983 and toured the Landmark Theater chain of art cinemas.  4.  In 2016 I got a small advance from Etiquette Pictures for digital distribution and decided to do a major upgrade. I cut out ten minutes and added five, including the new ending, which comes after the end credits, significantly changing the message of the film. I reworked the narrative, making it easier to follow.  We also added the song, “Kill All Men,” written by Dan Puckett (for our band the Huns in 1979), which was rearranged and performed by Andrew Todd Rosenthal, who was Bill Paxton’s partner in the video band, Martini Ranch, who released an LP Holy Cow on Sire Records in 1987.   A single from the album, “Reach,” was directed by James Cameron, and features Paxton as a desperado on a Harley chopper chased through a post-apocalyptic landscape by a posse of badass women led by Kathryn Bigelow. It was based on a script Bill and I wrote called Lonesome Cowgirls: Amazons of the Wild West.  I’m showing “Reach” before Taking Tiger Mountain Revisited, when I make personal appearances—at film festivals, for instance, as they compliment each other well.

See below for the recently-remastered version of “Reach,” which Cameron says was the most fun he ever had making a film:

What was the hardest challenge revisiting the film?

The hardest part was dealing with the sound, as the original stems had been discarded, and all we had to work with was the 3-track master. Unfortunately, that meant that all the dialogue was married to the background radio broadcasts. In certain places, I would have liked to have been able to lower the volume on one or the other or split them apart, stereo-wise.

Any interesting anecdotes from filming that you’d care to share or elaborate on?

I was not with Kent and Bill during their sojourn in Wales. I wish they were around to talk about it. The one scene I wish I could have been there to witness was the vulture eating Bill’s guts, which were sheep entrails placed under his shirt with only a slim padding of some kind between his own flesh and the sheep guts.  On the other hand, I may not have been able to bear it. I’m not sure one can tell how truly dangerous that was, based on the angle and framing.  The vulture was supposedly “trained,” but it could have easily ripped out his jugular vein, which was clearly exposed.  Bill was a real daredevil. I’m sure it was his idea to do the scene.

The “soundtrack” of the film seems to be the various radio broadcasts overlaid upon the footage of the film. Can you talk a bit as to why you chose to do that?

In 1979 after I took over the footage and decided to set it in a dystopian future, It was the only way I could think of create that context.

But I don’t want to short change the group, Radio Free Europe, who supplied most of the music and sound design, along with extra bits by Randy Kelleher, David Boone, Xander Whistler, The Reversible Cords, and Andrew Todd Rosenthal.