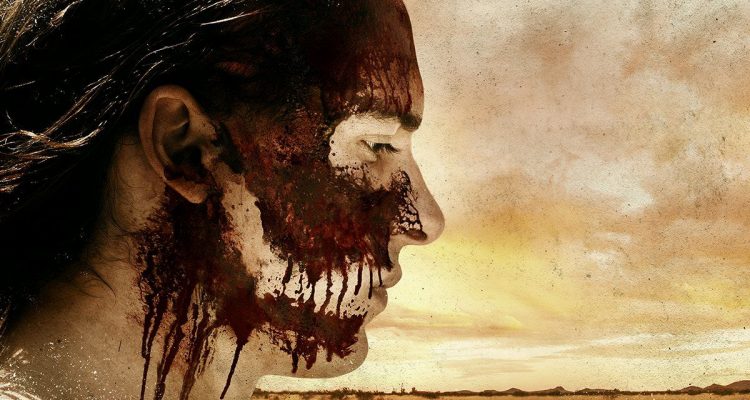 I enjoy and appreciate The Walking Dead, but I really dig this show much more.

Plot: A Walking Dead spin-off, set in Los Angeles, following two families who must band together to survive the undead apocalypse.

Review: If The Walking Dead series is too strenuous and tedious for you, amble over and watch the spin off show Fear the Walking Dead, which follows the Clark family from Los Angeles. The Clarks, as we find out in season 1, are led by the intrepid Madison (Kim Dickens), a high school teacher turned survivalist once the zombie apocalypse gets going. Her boyfriend Travis (Cliff Curtis) is a Maori teacher at the same school, whose troubled son Chris (Lorenzo James Henrie) becomes even more unstable once he realizes that the apocalypse has allowed for some leeway in the way of killing and murder. Madison’s two children are Alicia (Alycia Debnam-Carey) and the black sheep drug addict Nick (Frank Dillane), who is amongst the first to realize that the apocalypse is upon the world. As a family, they try to make it out of the city before chaos has completely overrun the area, and they are joined by a South American barber, who was a former torture / interrogator in Nicaragua in the ’80s, named Salazar (Ruben Blades) and his family. The second season saw them all boarding a yacht commanded by a wild card con man named Victor (Colman Domingo), who has a plan to take them to an island off Mexico, and it is there where the family and company hunker down for a brief spell before realizing the island is run by a maniac, who has rounded up all the infected on the island in a dungeon, which is sure to spell doom later on. By the end of the second season, the family has left the island and ventured inland where they find a farm run by an off the grid survivalist family and their followers. Season 3 concerns the conflict between the American survivalist and his followers (which include the Clarke family, minus Travis, who is written off the show) going up against a Native American tribe that has declared war on the family for living on tribal land. The war that ensues is bloody and dramatic, and the season culminates in a complete takeover of the island, forcing what’s left of the Clarke family (and a few mainstays like Victor) out again, looking for a place to live. They set their sights on a nearby dam where Salazar has been living as an enforcer, bringing out his dark side once again. The climax has a biker gang attacking the dam, with the Clark family right in the middle of the conflict.

A very strong and devoted entry to the end of the world genre, Fear the Walking Dead just gets stronger and more potent as it goes along, developing each and every character (even side characters who come and go) as if they were integral to the grand plot. I enjoy and appreciate The Walking Dead, but I really dig this show much more. With perfectly cast leads (especially Dickens and Dillane), the show has a razor focus and sharp writing, and as per the usual for modern premium shows, it has extreme violence and a grim outlook. Fans of the genre – and not just devotees to zombie stuff – should greatly appreciate this material.