Cruising will divide audiences and unsettle some, while others will enjoy its ugly, dark tone. It somehow feels relevant, though, and that’s where the power of the film finds itself.

Plot: A police detective goes undercover in the underground S&M gay subculture of New York City to catch a serial killer who is preying on gay men.

Review: A serial killer targeting gay men in the underground New York club scene has gotten the attention of the police department, which is being pressured by the mayor to deliver results in catching the killer. Captain Edelson (Paul Sorvino) enlists beat cop Steve Burns (Al Pacino), who is the physical type of the killer’s previous victims. Burns is promised a promotion to detective if he goes undercover to infiltrate the gay club scene and see if he can attract the killer. He leaves his life behind, completely unaware of how his descent into the gay underworld will affect his mind, body, and spirit. Within the first month, he has bulked his body up and delves deep into the club scene, but his affectations and mannerisms don’t fool most of the gay community, but after a few months he has completely gotten the rhythm of the culture down. He narrows the suspects down to just one guy, but when an elaborate bust proves that the suspect he has chosen is the wrong guy, more murders occur, putting further pressure on the department – and on the overstressed Burns – to catch the killer. Burns’ private life and relationship with his longtime girlfriend (played by Karen Allen) greatly suffers as his transformation continues to tax his psyche. When Burns finally corners the right guy, his confrontation will perhaps be the end of him, one way or another.

A fully committed and unflinching sexual thriller that was ahead of its time, Cruising is a slasher film by any other term, but its subject matter (incredibly controversial at the time, and just as edgy today) gives it a fresh perspective, though it does feel incredibly grimy and gratuitous. Pacino gives an authentic and persuasive performance, and writer / director William Friedkin offers it as an emotional drama, with some nuance. The film will divide audiences and unsettle some, while others will enjoy its ugly, dark tone. It somehow feels relevant, though, and that’s where the power of the film finds itself.

Arrow Video’s new Blu-ray edition of Cruising offers Friedkin’s definitive version in a 4K restoration, with a new audio commentary by Friedkin, plus an archival commentary, and archival featurettes. 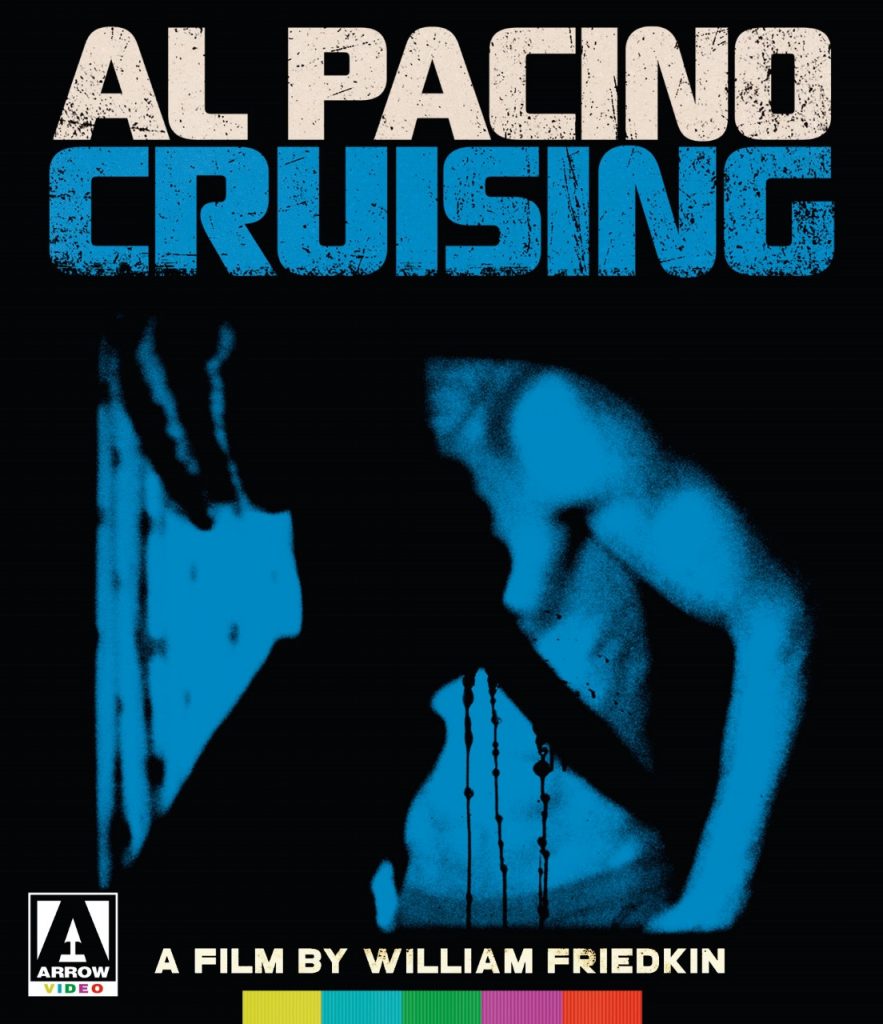