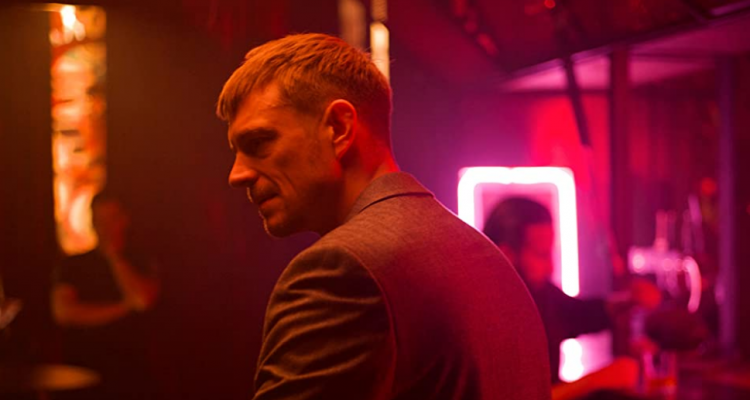 Brothers By Blood has excellent performances from the cast and has a few tension-fueled moments featuring Joel Kinnaman at his terrifying best but for the most part it’s a rather dull affair with little thrills or excitement.

Plot: In the City of Brotherly Love, eight-year-old Peter Flood helplessly watches on as his little sister is killed by a neighbor’s reckless driving. Tormented with grief and resentment, his father finds revenge as the only solution, leaving lasting generational wounds. Thirty years later, Peter still wrestles with the guilt he feels over his sister’s death and his father’s vengeance. As he tries to distance himself from the criminal family business, his cousin, Michael, becomes more powerful in the hierarchy. Bonded by blood, neither man can escape violence as they are dragged further into a chilling cycle of betrayal and retribution.

Review: Joel Kinnaman and Matthias Schoenaerts star in this rather tedious and joyless drama that has zero thrills or excitement. Not everything needs to be action-packed but at least something should happen to make the viewer want to continue watching.

The performances are decent enough with Schoenaerts proving suitably moody as Peter who is a man of few words haunted by the death of his sister at a young age. Joel Kinnaman is one of my favourite actors working today and he steals the show as Peter’s cousin Michael who is a dangerous criminal that seems to unravel more and more as the film goes on. A scene at a stable is the movie’s highlight and is one of the few tension filled moments of the entire picture.

We also get a small role from Ryan Phillippe as Peter’s father who appears in flashbacks; it’s an intense role but Phillippe still makes him sympathetic.

It’s a tale of grief and friendship gone sour that would have worked if there were a few more moments of conflict; I wanted extra scenes between Peter and Michael to get more involved with it but what we got never made me care about either character.

The finale is at least satisfying but it feels like a long slog to get there so it’s not a movie I would watch again.

Overall, Brothers By Blood has strong performances with Joel Kinnaman quite terrifying as the unhinged Michael but it’s a rather dull story with only a few memorable moments.