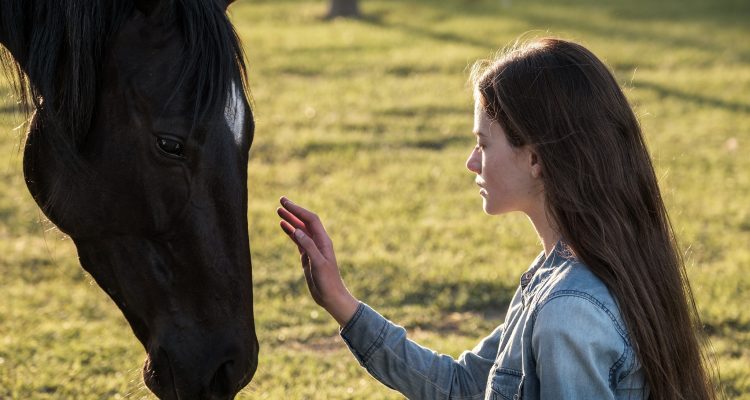 A touching, contemporary take on a classic story, Black Beauty is a feel-good film for young viewers.

Plot: Uprooted from her home in the wild, Beauty is sent to live at Birtwick Stables where she meets seventeen-year-old Jo Green, a fiery, yet broken spirit that rivals her own. As the years pass, Beauty experiences a lifetime of adventures and obstacles — all the while never forgetting the strong bond she had forged with young Jo.

Review: Prior to watching this film, Black Beauty was a figure I heard about all throughout growing up. Though I’ve never read the original story or even watched any previous movies, I think it only proves just how iconic this horse is — not just to its beloved fans, but pretty much anyone with a heart.

In this 2020 reimagining, Beauty (voiced by Kate Winslet) is a black mustang that longs to return to the days where she ran free in the wild American West. There is a strong sense of familiarity in Winslet’s portrayal of Beauty; in the horse’s struggles we feel strength, in her triumphs we feel hope. As Winslet voices Beauty’s thoughts throughout the film, it was very easy to empathize with this wondrous, strong-spirited horse – even in her stubbornest moments.

When Beauty meets Jo (Mackenzie Foy), she finds a kindred spirit in her and they ultimately become tied to each other’s lives. Foy’s performance was stellar alongside Beauty’s. I could only imagine how much training is needed when it comes to acting with horses, especially one that is a titular character with majority of the scenes. Foy skillfully played a mixture of composure and emotion on screen — one that paralleled Beauty’s commanding presence beautifully.

Although Jo and Beauty’s bond took a more central role in the movie, I wished we had more scenes with Jo and her uncle John (Iain Glen). Their relationship on screen felt a bit underdeveloped, particularly with John’s backstory. Still, I’ve been a fan of Iain Glen since his horse-riding days as Jorah, and he’s every bit as charming as he was in Game of Thrones.

While the plot itself was rather predictable, at its core, Black Beauty is an emotional film about empathy and hope. Definitely aimed at a younger audience, but still a good movie with great performances.