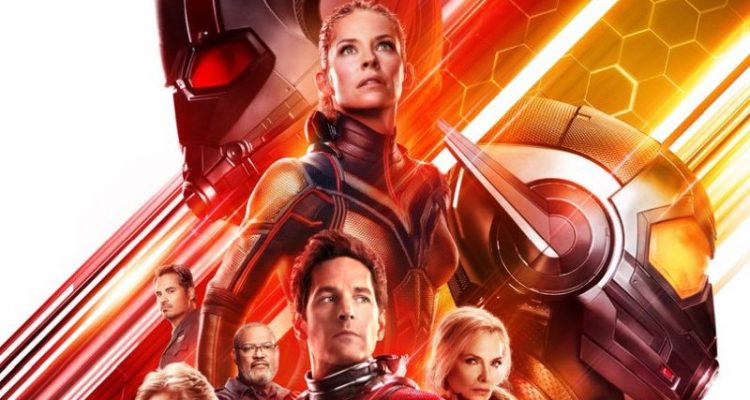 Ant-Man and the Wasp delivers pretty much what you would expect with some fun set-pieces and plenty of humour. It lacks the scale of Infinity War but still is massively entertaining.

Plot: As Scott Lang balances being both a Super Hero and a father, Hope van Dyne and Dr. Hank Pym present an urgent new mission that finds the Ant-Man fighting alongside The Wasp to uncover secrets from their past.

Review: Ant-Man was one of those gems that mashed the superhero and comedy genre together. It was something we really didn’t see before in a superhero movie, which shot Ant-Man into my top 10 favourite Marvel Studio’s movie because of how different it was. Ant-Man and the Wasp is pure movie magic. Fun, witty, action packed – this sequel lives up to the original, and in some ways, surpasses it.

The movie opens up 2 years after the events of Captain America: Civil War with Scott under house arrest due to his involvement with Captain America’s rogue Avengers team. Having distanced himself from Hope and Hank, Scott is trying to rebuild his life by being the best dad (or grandma) he can be.

The cast is superb. The Wasp (Evangeline Lily) does most of the heavy lifting and she is fantastic. The movie shifts its focus to Hope and her journey, putting Ant-Man aside, but both characters have some great moments within the film. There is a lot of comedy provided mostly by Paul Rudd and Michael Pena. If you loved Michael Pena’s character in the first film, you will love him even more in this one. Sometimes the comedy felt like a rehash of what we saw in Ant-Man, but it still had me laughing.

One thing I really enjoyed about this film was the villain. Hannah John-Kamen’s character is the big bad of the movie, but she is a different type of villain. Her motives aren’t as grand as some other Marvel antagonists, but they’re more personal. For me, the main villain wasn’t Ghost, it was actually time. Every character had to overcome an element of time, which provided a different aspect to the film. It made every action and decision more valuable. One slip could potentially be catastrophic. In the end, I really like how the time element was the main villain.

The action is amped up in this film; The Wasp kicks some major butt, and it’s really fun to watch. The kitchen fight scene was impressive – I won’t go into detail, as it’s something you’ll want to see. What was also nicely done was the scaling of objects, which I thought was ingenious and really funny. It’s fun to see a salt shaker used as a weapon.

There are a few pacing issues with this film with several plots happening all at once which can get confusing. I felt like Scott when Hope and Hank talked about science, very confused but still going along for the ride. In the end, the plots do come together, but it took a bit to get through.

Overall, Ant-Man and the Wasp is a fun time at the movies. Marvel Studio’s continues their hot streak with no end in sight. Stay after the credits as there are two post credit scenes. It does have pacing issues, but the fun factor and the comedy make this movie a true summer blockbuster!