A perfectly reasonable and executed sequel to the very popular first film, A Quiet Place Part II doesn’t waste a moment in its telling, and at just over 90 minutes, the movie covers a lot of ground in a short amount of time.

The Abbott family picks up the pieces after a predatory alien race decimates the world.

Massive flaming streaks in the sky portend unearthly events, and in a small American town, ungainly and blind monstrous creatures attracted to sound go on an apocalyptic rampage. We see the Abbott family – Lee (John Krasinski), Evelyn (Emily Blunt), their deaf daughter Regan (Millicent Simmonds), and Marcus (Noah Jupe) – contend with the immediate aftermath, scrambling for survival. Flash forward to the events of the first film, and Evelyn and her surviving children (including a just-born infant) face life without Lee, who died at the claws of the monsters. She takes her kids on a mostly silent trek through the urban wasteland to find some kind of haven where they can at least hunker down again, and they end up in a massive abandoned steel factory where a skittish lone survivor named Emmett (Cillian Murphy) has tried to make a go at existence for the last year after losing his kids and his wife to the monsters. Wanting no company at all, he insists that they leave, but with Marcus wounded and a screaming baby that needs milk and an oxygen tank to keep it sedated, Evelyn is helpless. Regan, with her hearing aide that can potentially render the creatures temporarily incapacitated when amplified, gets an idea to broadcast the signal via a radio station not too far away on a nearby island settlement, but she takes it upon herself to do the job, which could prove disastrous if she isn’t helped. With Emmett the only option to help her, the two of them make the trek to the docks and are besieged by a clan of cannibals(!) and make a startling discovery about the otherworldly creatures: They can’t swim. In a mad desperate dash for survival, they make it to the island (which is populated by unafraid people who have nothing to fear), they realize that they have accidentally brought a monster with them to the settlement. If they don’t broadcast the signal immediately, all hope will be lost.

A perfectly reasonable and executed sequel to the very popular first film, A Quiet Place Part II doesn’t waste a moment in its telling, and at just over 90 minutes, the movie covers a lot of ground in a short amount of time. The cast is stellar, and this time Blunt takes a supporting role, though her husband Krasinski directs (again) and wrote the script. If they continue to build and expand this world, they could be in business with sequels for years to come.

Paramount will be releasing A Quiet Place Part II onto a 4K Ultra HD / Blu-ray / Digital combo pack on July 27th, and it comes with a bonus feature “Director Diaries with John Krasinski,” as well as a special effects featurette. 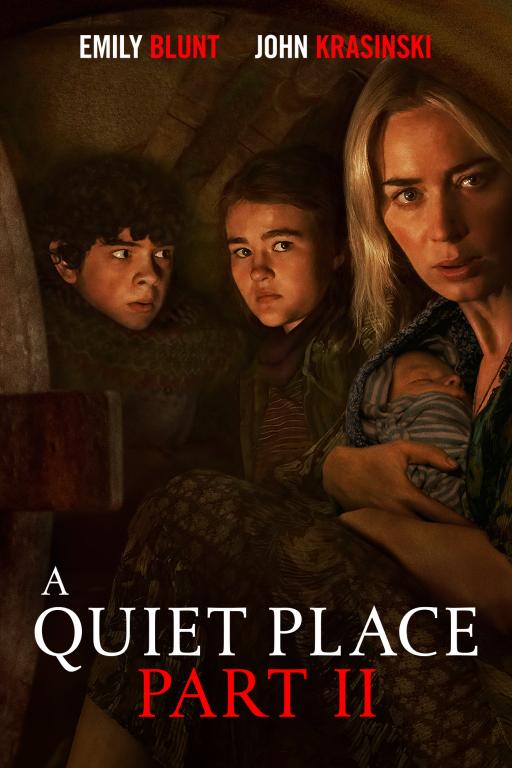