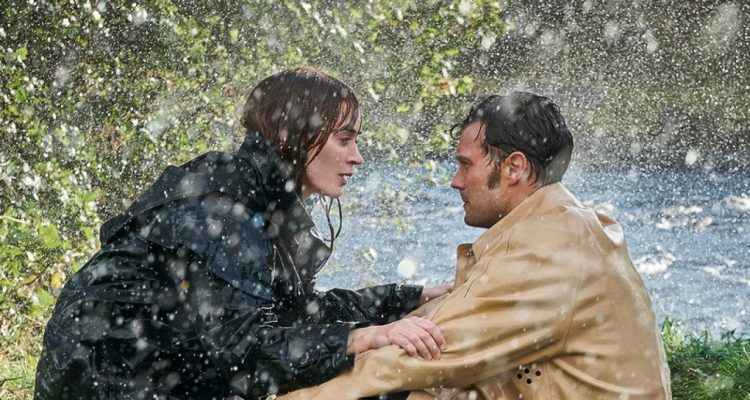 I miss good romantic comedies, and Wild Mountain Thyme tries to rekindle that old feeling, but man is it dumb.

Neighbors in rural Ireland struggle with their feelings for each other, until they finally have to decide to fish or cut bait.

The Reilly farm is right next to the Muldoon farm, and for at least a generation the two families have gotten on well with each other, but when the Muldoon patriarch dies, his daughter Rosemary (Emily Blunt) is left to take care of the farm. For all her life she’s pined for her neighbor Anthony (Jamie Dornan), a handsome doofus whose father Tony (Christopher Walken) refuses to bequeath his farm to his son unless he marries. Anthony clearly loves Rosemary too, but so much so that it hurts to admit it to himself, much less to Rosemary, who is getting to the point in her life where she’s almost willing to settle with another suitor, who comes in the form of Anthony’s cousin from America, a super wealthy businessman (played by Jon Hamm), who as soon as he sees and meets Rosemary knows that she’s ripe for the picking. With some family secrets keeping the two families from joining, and with the clock ticking, Anthony really does have to man up before the love of his life is married away to his hunk of a cousin.

Look, I really wanted to like Wild Mountain Thyme. I love writer / director John Patrick Shanley, whose scripts for Moonstruck, The January Man, and Joe Versus the Volcano are amongst my very favorite scripts ever. With this film, he adapts his own play, and from a cinematic standpoint it still feels like a play, which is no bueno. It looks and sounds great with great Irish scenery and a cute score, but the story is boneheaded and painfully old fashioned to the point of being arthritic. The characters in the movie (especially the one Jamie Dornan plays) are emotionally developmentally disabled and frustrating to the MAX, and so for the entire movie I kept yelling at my screen, trying to get the idiot to do what he was supposed to do. It’s like a bad horror movie where the morons always split up and go down the dark hallway, or something. I miss good romantic comedies, and Wild Mountain Thyme tries to rekindle that old feeling, but man is it dumb.

Universal just released a DVD of Wild Mountain Thyme without any bonus features. I missed it theatrically last year, and the fact that they did not release it on Blu-ray is telling. 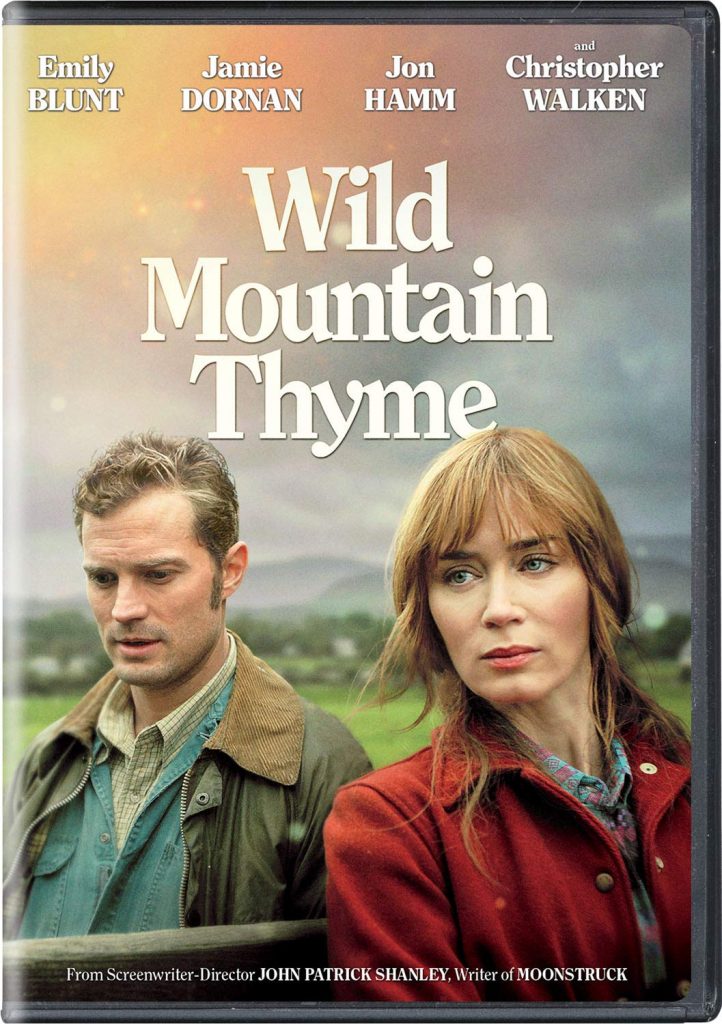