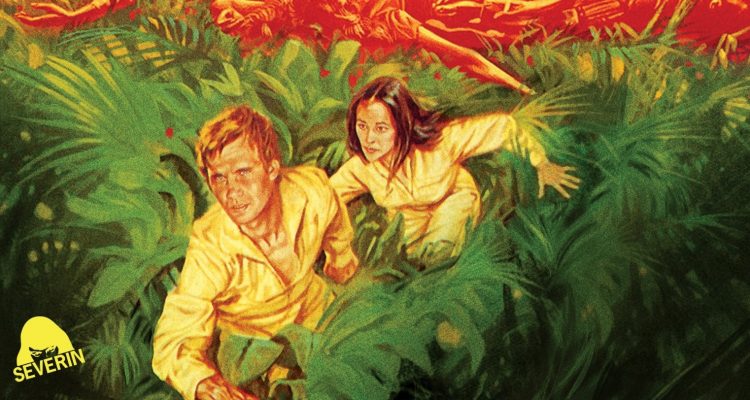 The film has its flaws, but it still holds up as a “Most Dangerous Game” type of action thriller with a slightly futuristic bent, and Trenchard-Smith goes for the jugular a few times in a rousing manner only he could have done, which makes the movie a real hoot sometimes.

The dissenters of society are rounded up and sent to concentration camps to be “reeducated” and the lucky ones get to “participate” in a death hunt, unarmed and chased to death by elite, armed and paying citizens.

Society has plunged to a new low in Australia: A totalitarian regime has taken over and has begun rounding up dissidents and freedom fighters who break the stringent mandates and rules of the new world order. An American named Anders (Steve Railsback) is arrested for riling up other dissidents on the radio and for speaking out against the government, and when he’s arrested in a violent fashion the police also arrest a random innocent woman named Walters (Olivia Hussey) for trying to interfere with the violent arrest and for wanting to know why he’s being arrested. They’re carted off and dumped at a concentration camp and left to the mercies of cruel, hateful wardens, including the head warden (Michael Craig) and his second in command, the hulking Ritter (Roger Ward), and others, all who are overeager to begin raping the women and torturing the men. The reeducation program is a ruse: There is no “rehabilitation” or deprogramming … the camp is a place where the dissenters of society are carted off to die apart from the rest of conforming society. And there’s more: Every season, a handful of high paying clients come to the camp to hand pick the prisoners they want to hunt down in a death game through the wilderness around the camp, using high tech weapons to make their kill. Anders is chosen by the warden because he’s a tough nut to crack, Walters is chosen by one of the clients, and three others are chosen by the other clients, and when the day comes for the game to begin, the prisoners are given a three hour head start, but without any weapons to fight back. One of the hunters has a crossbow with exploding arrows, another hunter uses a sideshow freak of a monster as his weapon, and other weapons include sniper rifles, machetes, etc. The playing field is a wide-open nature preserve that turns out to be an island, and while the prisoners are too easily tracked down (one of several flaws of the movie), the game does turn around in the favor of the hunted as they begin to get the better of their hunters. It won’t just be a turkey shoot after all, but a full-on revolt!

Watching Brian Trenchard-Smith’s Turkey Shoot today in 2022 in the climate we’re in three years into a pandemic that has clearly divided the lines between the anti-mask, anti-vaxxers and those who are pro-mask, pro vaccine and boosters mandated by their governments, it’s quite an interesting parallel especially if held up to a microscope in how Australia has become one of the most totalitarian countries in the COVID era. All anyone has to do is see what has become of the Australian response to COVID and how they’ve implemented COVID camps, some of the most stringent mandates in the world, and then how they’ve responded to anyone who’s against the mandates like the recent Novak Djokovic debacle. And what if Joe Rogan was the Anders equivalent in the Turkey Shoot scenario? It’s such a weird movie to watch now with the way things have become in the world. Anyone who speaks up against their governments for their censorship and mandated conformity instantly become social pariahs, and this movie suggests that it wouldn’t take much to imprison dissenters for their opinions. It really is fascinating, and the film has become that much more important and meaningful to watch if seen in that light.

The film has its flaws, but it still holds up as a “Most Dangerous Game” type of action thriller with a slightly futuristic bent, and Trenchard-Smith goes for the jugular a few times in a rousing manner only he could have done, which makes the movie a real hoot sometimes. The villains are vividly drawn and applied to the situation, and while the movie retains a grungy exploitation vibe and texture, there’s no reason why today’s audiences won’t enjoy something like this.

Severin’s Blu-ray release of Turkey Shoot is totally uncut in HD from the negative, and comes with a slew of bonus features, including a roundtable discussion with Trenchard-Smith, a featurette with several of the actors, an interview with Trenchard-Smith, extended interviews with the cast and crew from the documentary Not Quite Hollywood, an audio commentary by Trenchard-Smith, the trailer, and an alternate title sequence. 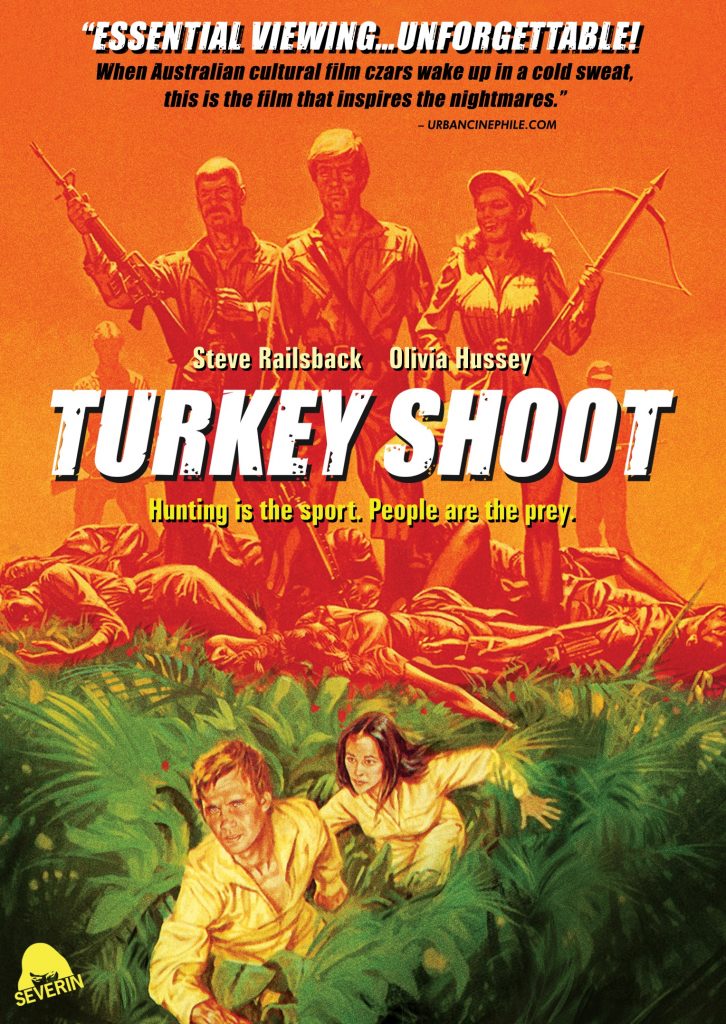