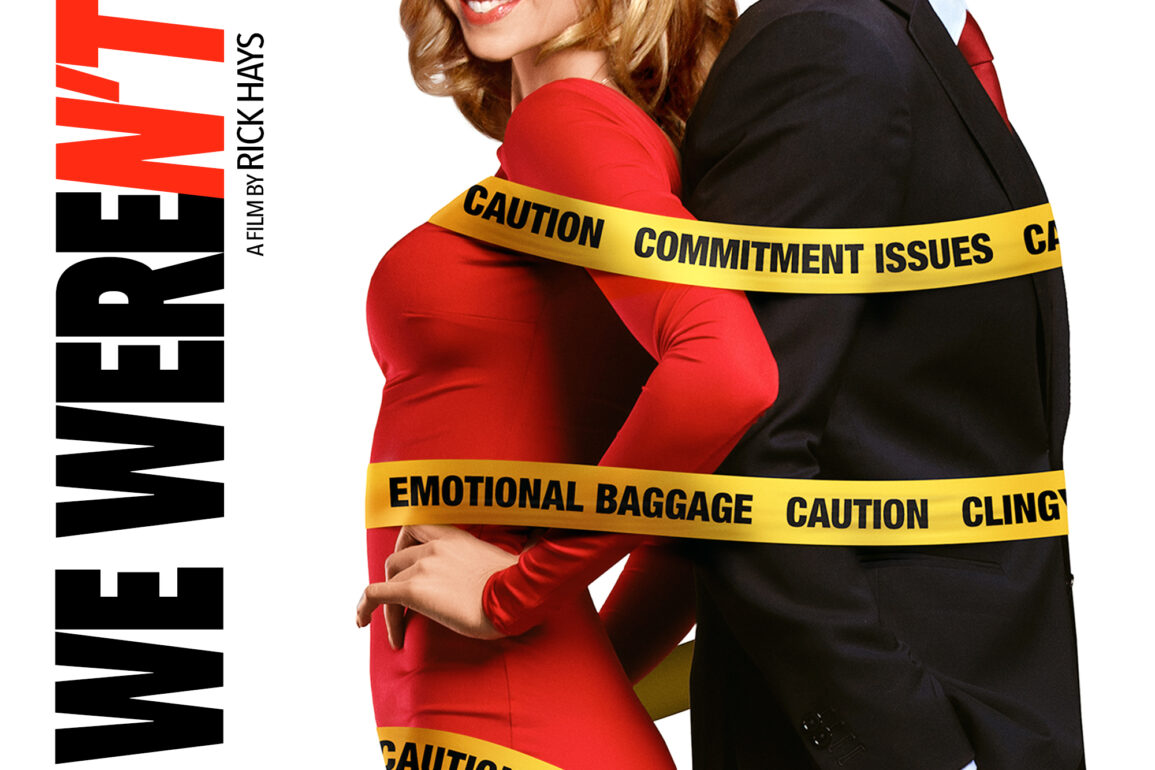 Vision Films, DiMuccio Entertainment Syndicate, Bella Pictures and Epic Entertainment Enterprises are delighted to present the laugh-out-loud comedy about the lies we tell for love, The Way We Weren’t. Shedding a light on the hilarity at which we change ourselves in order to make ourselves more attractive as a potential partner, this feel-good, romantic comedy directed by Rick Hays took away top honors at the 2018 Portland Comedy Film Festival with it’s refreshing, new take on the story of a mismatched couple.

Starring Fiona Gubelmann (The Good Doctor, Wilfred, One Day at a Time) and Ben Lawson (The Good Place, 13 Reasons Why, Designated Survivor) as the picture perfect, but ill-fated couple, and featuring Amber Stevens West (Greek, The Amazing Spider-Man), Keith Powell (30 Rock, Syrup), Tobin Bell (Saw, The Flash) and Alyssa Diaz (The Rookie, Ray Donovan), The Way We Weren’t tells the tale of two people meet just after their previous relationships have imploded and in an effort to make themselves more appealing, exaggerate, fib and outright lie. When they move in together, the deception unravels with the most amusing and spectacular of ways.

The Way We Weren’t will be available on DVD and VOD just in time for Valentine’s Day on February 12, 2019.

Since meeting online, Charlotte (Fiona Gubelmann) and Brandon (Ben Lawson) have fudged, padded, glossed over, reimagined, and outright lied about everything in an attempt to be each other’s perfect match. But despite overcoming all the obstacles there’s one thing their 10-day-old marriage might not survive…each other! After they said their “I dos” the fronting is about to end and they’re going to get a hilarious, hellish and surprising look at just who they’ve vowed to spend the rest of their lives with. Will familiarity breed contempt… or bliss?

Writer/producer Brian DiMuccio explains that the inspiration for The Way We Weren’t  actually came from an experience he had in the early 2000’s. “We met one week before she moved to Spain for a year for work and our getting-to-know-you period wasn’t unlike Charlotte and Brandon’s in the movie,” he says. “We both gave into the temptation to present heavily idealized versions of ourselves that lead to some disillusionment when she moved back to LA. Our story ended badly but as they say, tragedy plus time equals comedy!”

“We hope that people come away from the film remembering that being in love, even when it’s messy, maddening, and feels like a sucker-punch to the heart, is always grand!” DiMuccio continues.  “And it’s infinitely better than the alternative”.

“Brandon’s problem is an inability to commit to even the simplest things in life”, Ben Lawson explains of his character. “His come-to-Jesus moment is that if he’s ever going to find happiness he needs to face this commitment phobia…and what better way to do that than to marry the next person he meets!”

“I think most people in this modern era of dating and social media can relate to having too many options and the fear of missing out on something better,” Lawson continues. “ I think it’s true that at a point you need to block out all the noise and channel your efforts into one thing, one person, one endeavor, whatever it is. In France they say “le mieux est l’ennemi du bien” The best is the enemy of the good. I think once we accept that there’s always going to be something better, that even when we achieve our goals we immediately set new ones, we can begin to enjoy what we have and allow ourselves some happiness”.

“The Way We Weren’t is the perfect romantic comedy to release on Valentine’s Day for all us who can’t seem to find the perfect match, or… maybe our “perfect” match is not perfect, and then this is what makes him or her just perfect”, says Lise Romanoff, CEO/Managing Director of Vision Films.

The Way We Weren't from Vision Films on Vimeo.