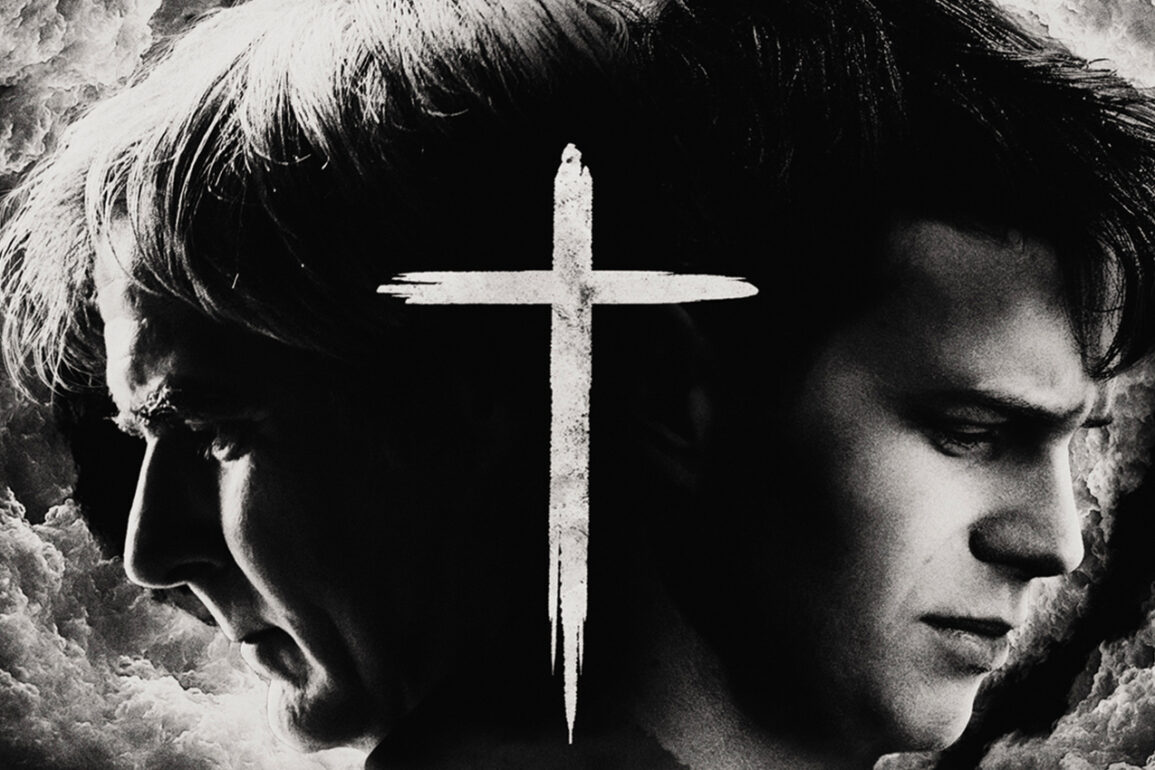 Shot in stark black and white on chilly looking locations and with a foregone conclusion of dread and a bleak worldview, The Righteous is for a very select audience who appreciate their horror movies to be more verbose than visceral and gory.

A grieving priest and his wife welcome a stranger into their home, and it changes everything.

After a tragedy leaves their young adopted daughter dead, priest Frederic (Henry Czerny) and his wife Ethel (Mimi Kuzyk) are adrift in their sorrows. One night, a wounded young man with a twisted ankle shows up practically on their doorstep (they live in a remote woodsy area), and Frederic feels he has no choice but to bring the young man in and tend to him. The young man is Aaron (Mark O’Brien, also this film’s writer and director), a seemingly innocuous fellow with admittedly conflicting stories on who he is and how he came to be in the area when he hurt himself, but both Frederic and Ethel take a shine to him when he charms them with engaging stories and a congenial disposition. But Aaron’s put upon good nature soon turns pitch black and he reveals himself to have nothing but ill intentions towards this grieving family. Much to their horror, he unveils himself to be a supernatural force of evil, hoping to corrupt Frederic by forcing him to commit a grave sin, and with no way out of their situation, Frederic and Ethel must push through their predicament and see it through to its conclusion.

Shot in stark black and white on chilly looking locations and with a foregone conclusion of dread and a bleak worldview, The Righteous is for a very select audience who appreciate their horror movies to be more verbose than visceral and gory. Writer / director Mark O’Brien seems to think that his subject matter is earth shattering and apocalyptic, but there’s a real lack of urgency to the film’s proceedings, though the trumped up intensity between the characters guises the movie’s shortcomings. The villain’s entire approach feels clichéd, and the protagonist’s struggle with his faith is also old hat and predictable. There’s really no one to root for here, as even the moral support in the priest’s wife easily falls prey to the villain’s charms. So many alarm bells should be going off with this young guy’s tactics that it’s a wonder nobody could see through his dastardly plan. Though well shot and made, The Righteous has something for a mature, but select audience whose low expectations may be exceeded by this mediocre effort.

Arrow Films recently released a Blu-ray of The Righteous, and it comes with a new audio commentary by the cast and crew, interviews, a stage presentation, the soundtrack as a listening option, an image gallery, and more. 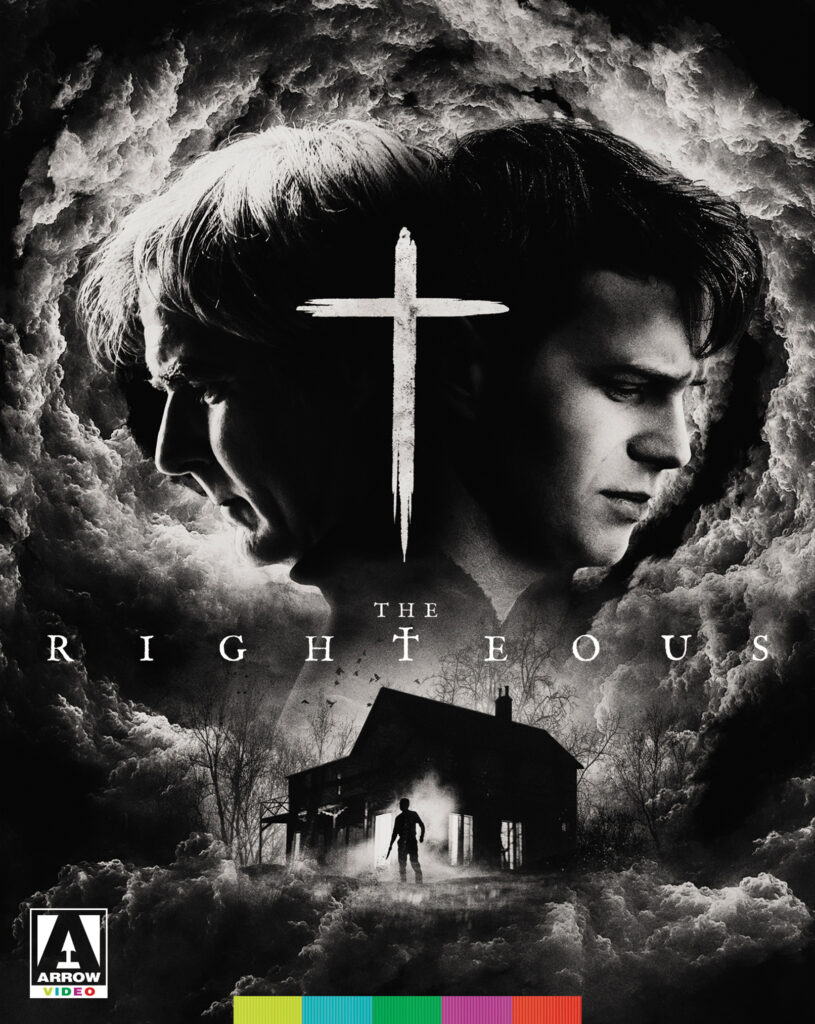