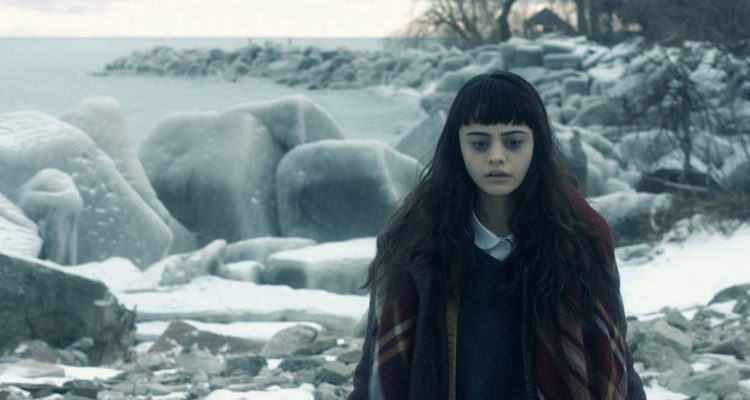 Plot: Introverted Birdie is sent to live in a quaint and isolated convent by her concerned grandmother, in an attempt to change her sobering outlook on life. But left to her own devices she develops a heightened obsession with blood, which seems all too willing to flow from her body, and reoccurring visions and hallucinations that pull her in every direction. Sometimes whimsical and sometimes gory, Birdie passively questions – is she a saint or is she cursed? Escaping the watchful eye of Mother Superior and the other nuns Birdie begins an intimate friendship with Julia, the groundskeepers daughter, but things begin to spiral out of control when the closing of the convent is announced and fates must be confronted.

“I was pulled right in, totally fascinated”

Review: Book of Birdie is an amazing film that came out of nowhere for me.  I recently had the pleasure of sitting down and becoming totally engrossed in this world of Birdie.  A girl who within the first minute and thirty seconds had me hooked (note I’m not giving any spoilers here you’ll just have to see it).

It soon become apparent that this is going to be a soul searching coming of age film but with a bit of a twist as we are dealing with a girl who ends up in a convent that has hallucinations, visions and a fascination for blood. As soon as Birdie begins her days in the convent she looks totally out of place saying to one nun “I don’t think I belong here.”  I would say not, as she befriends the groundskeeper’s daughter, Julia, a cigarette smoking girl who has a laugh when Birdie tells her one thing she misses most from her old life is comic books.  Then we begin to understand a little of the darker side that put her there as the film progresses. Throughout the film, I kept wondering how the director had never made a feature before. With such talent I look forward to seeing more from her but the star of the film, ILIRIDA MEMEDOVSKI is a pure joy to watch as she brings forth Birdie to the screen and we capture almost an innocence from her, a childlike attitude, where just about every look is that of wonder, (I’m leaving some good stuff out here, see this film). Well done.

The book of Birdie is the feature directorial debut from Elizabeth E Schuch who comes from a background of credits and accolades in theatrical design, visual effects and storyboarding.  This background serves her well as the film has a unique visual style from extreme close ups of Birdie’s eyes to wide shots showing the convent in all its Gothic glory.

Which one would think would go in contrast with the winter scenery but trust me it serves the film well.  What I would call a fine character piece that makes you want to continue on to the next scene instead of turning it off and before long the ending credits rolled and The Book of Birdie came to an end.