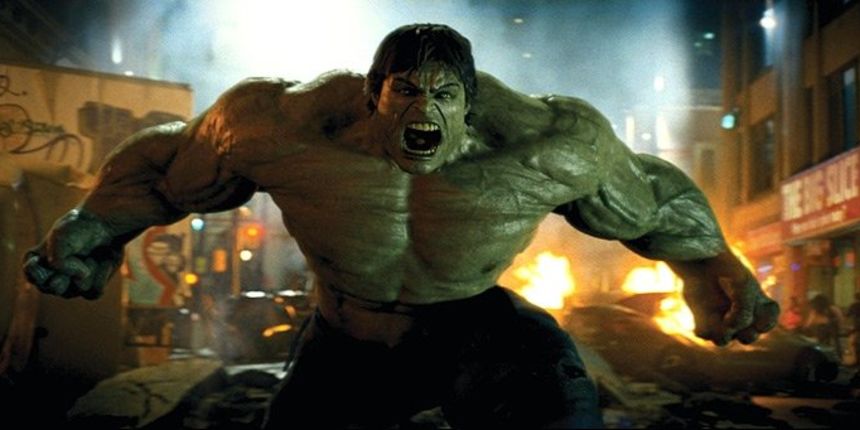 Although the reviews weren’t terrible nobody ever really talks about this early entry in the MCU but I’ve always had a soft spot for The Incredible Hulk. After the tedious Hulk movie from Ang Lee director Louis Leterrier makes the not-so-jolly green giant fun again.

It isn’t a parody like the more recent Marvel movies but has enough humour to keep things light while also focusing on the tragedy of Bruce Banner and how he can never be with the woman he loves Betty Ross (Liv Tyler). It still bothers me that she has never been referenced in any Marvel movie whatsoever since and the Hulk himself is usually relegated to being a side character in other people’s movies.

Although Edward Norton is apparently notoriously difficult to work with I still enjoyed him as the desperate Bruce Banner who is trying to find a cure to his anger issues while also avoiding being captured/killed by Betty’s father General Ross (William Hurt).

The weakest elements of the film for me are (obviously) the rather sub-par CG for The Hulk and Abomination in some scenes; neither of which looks particularly amazing but after watching the movie again the other day it’s not that terrible either. There also isn’t enough of the Hulk during the first half only having brief scenes building up to the explosive finale in Harlem (AKA Yonge St in Toronto.

Craig Armstrong’s score has elements of the TV series as well as new Hulk Smash-y music which works well in the action scenes.

I found Liv Tyler very appealing as Betty Ross and she brings real heart to the role and even Hurt manages to make Ross sympathetic as I always hated him in the cartoon when I was a kid.

The final beatdown between hulk and Abomination is still one of my favourite finales for any Marvel film as it’s just a good old fashioned brawl. Two monsters beating the crap out of each other for survival; it has such a different feel from the comedic version of the Hulk in Thor: Ragnarok.

I can understand why people aren’t fans of it but personally I still really enjoy it so Sue Me! I like The Incredible Hulk  and if you don’t I’ll see your ass in court.