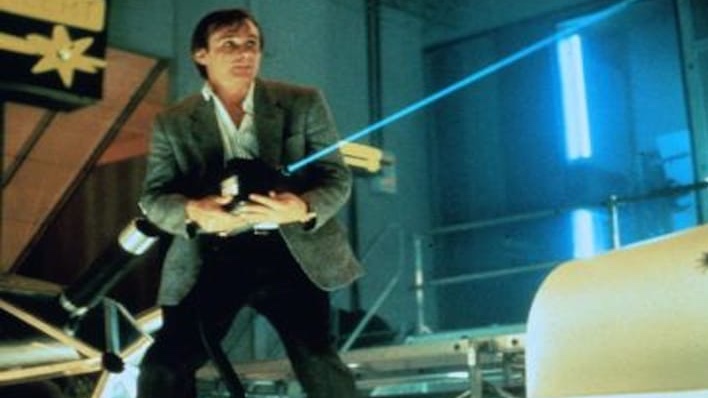 Plot: A detective (Steve Railsback) and a doctor (Gwynyth Walsh) try to stop a steroid-fortified slime monster loose in a small-town hospital.

This is one I didn’t hear until just a few years ago while searching through Steve Railsback’s filmography, I figured I’d give it a chance.

To me, this was a mixed bag of a film, there’s some pretty decent moments and some that don’t quite work at all.

Speaking of Railsback, he’s a pretty decent lead along with Gwynyth Walsh as the female doctor who he teams up with, the rest of the cast do the best with what they’re given even if it’s not much. There are some that I didn’t realize were in this, including John Vernon, a young Sarah Polley(from Zach Snyder’s Dawn of the Dead), and Robin Duke(from SCTV and SNL).

The creature effects are pretty good for the budget they had, It’s at least creative with the creature design.

The story is fine, nothing great, but nothing terrible.

My biggest problem with this one is some characters felt kinda pointless, those specific don’t really have anything to do with the story and are just complete filler.

It does start off a little slow, even for this kind of film, though that didn’t quite ruin the film for me.

I should point out about the title of the film, it’s misleading, This is not a killer monkey movie which I’m sure a lot of people may think from the title, I do wish it was under a different name, but that’s just me.

Overall, Blue Monkey is a mixed bag of a film that has two decent leads, has some decent effects, has an okay story that unfortunately has some useless characters and has some pacing issues mostly at the beginning.