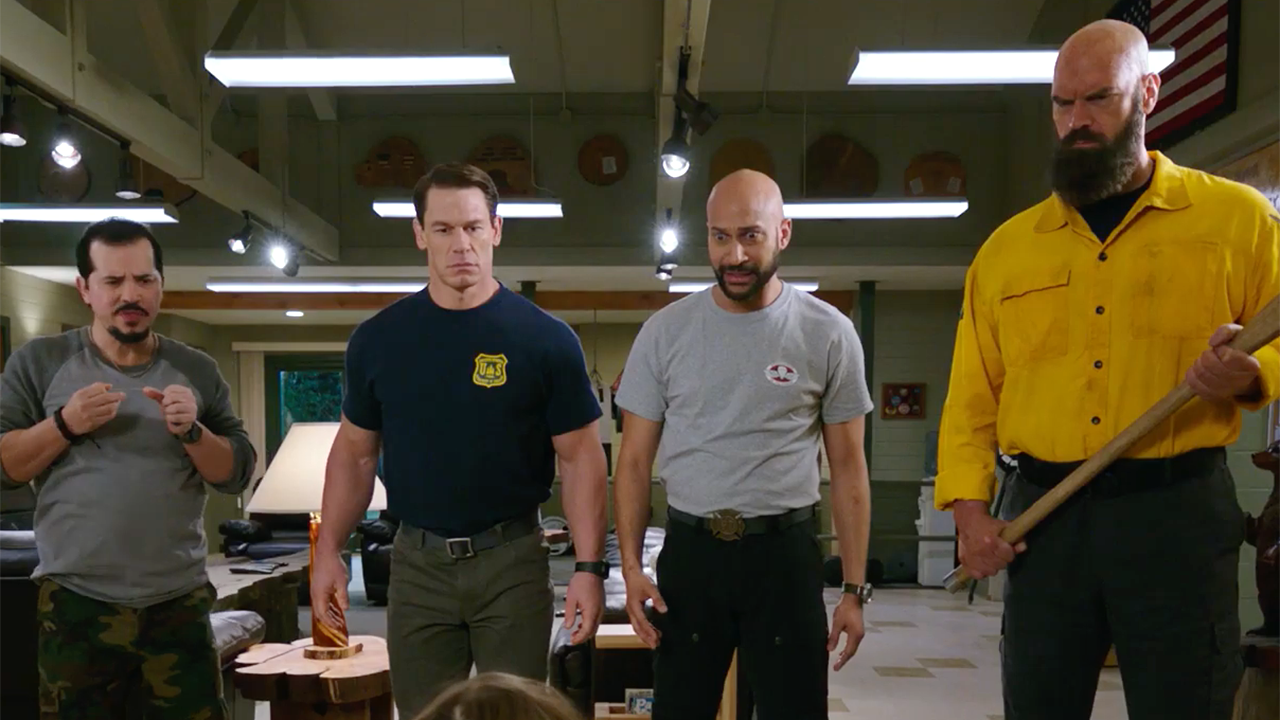 While the story was nothing mind-blowing, the film was full of laughs and entertainment for the family with Cena stealing the show as the tough, yet secretly-sensitive father figure.

Plot: When Jake Carson (John Cena) and his crew of wildfire fighters are forced to babysit three troublesome children, they learn that not all fires can easily be contained.

Review: When you get a movie with John Cena and a group of kids, you almost always know what to expect. This was exactly the case for Andy Fickman’s Playing with Fire. With Cena at the forefront as Jake Carson, a tough-as-nails fire superintendent, the film was entirely geared towards a younger audience—seemingly Cena’s strong suit nowadays.

This made the fire stunts a lot more exaggerated and perhaps a bit unbelievable as Fickman took a more comedic approach to Carson and his team of smokejumpers. While there were some heated moments that may have had viewers at the edge of their seat, they were easily extinguished shortly after with a joke or two. Still, Cena’s supporting crew provided a great dynamic group overall, which in turn became very easy to warm up to.

Although the film was undoubtedly filled with laughs, it was, however, difficult to warm up to the kids in the movie. Brynn, Will, and Zoey —the three troublesome kids the crew are forced to babysit—failed to leave a lasting impression for audiences. With all the gags and pranks happening throughout the movie, it was hard to really invest in the children’s story at all.

Overall, Playing with Fire was every bit as entertaining as you would expect for a kid’s film. When viewers weren’t laughing, they were aww-ing –  an enjoyable, not-so-serious movie for the family.