A curious and moody (and quite meandering) horror film with a commanding Kinski reprising his role from the classic Werner Herzog film Nosferatu, but this one feels more like a spin off rather than a real sequel.

The OG Nosferatu is awoken out of his slumber in Venice, where he proceeds to terrorize the population and seduce a new harem of brides.

Two holy men convene in modern-day Venice, Italy: One is the strong-willed man of the cloth (played by Christopher Plummer) with a large enough crucifix in his bag to chuck at an undead vampire, while the other is a skittish priest of some sort (played by Donald Pleasence) who seems to have regressed in his faith and succumbed to the fears of the legends in the area, particularly of the horrific Nosferatu that once plagued all of Europe. It’s a good thing that these guys are meeting because a group of gypsies bring back the Old Man himself after a séance, and in typically predictable fashion, he rises from the depths of the canals and crypts of Venice, from whence he’s been slumbering for at least a hundred years. The ancient creature (played by wild and rage-filled Klaus Kinski with some rock star hair extensions) begins stalking the night in search of fresh blood and nubile flesh to satiate his carnal lust, but he’s become so bored and weary with his half-life non-existence (though he still can cast a reflection in a mirror, which amuses him) that he’d almost rather be extinguished if it wouldn’t offend him so much that there are guys out there who are out to jab a stake through his heart or blow holy water at him through the barrels of blessed shotguns. The holy men determine that the only true way to kill him forever is if they allow him to fall in love one last time, but that plan backfires when he swoons and lusts over half a dozen young women, and one in particular tickles his fancy, and so it appears that there really is no way to put an end to his reign of terror.

A curious and moody (and quite meandering) horror film with a commanding Kinski reprising his role from the classic Werner Herzog film Nosferatu, but this one feels more like a spin off rather than a real sequel. There’s not much of a plot, and it took five directors to complete it for various reasons, and so the movie sort of casually moves around without a direction. Kinski bites necks, tears into lips, rips the clothes off of beautiful women, and gets his mitts all over as much naked flesh as he can in this, and while that’s all fair, the movie relies an awful lot on long takes where we see him wandering around Venice at dawn, sometimes while carrying naked women in his arms. I enjoyed it as much as I suppose anyone could, but it doesn’t hold a candle to Herzog’s masterpiece. Still, it’s nice to finally have a legitimate copy of this one.

Severin Films has just released a restored 2K scan Blu-ray of Nosferatu in Venice, and it’s a sparkling and smooth transfer, easily the best the movie has ever looked. They also added a few choice special features, including a new feature-length documentary called Creation is Violent, about Kinski’s final years. There are also outtakes, and several other featurettes worth checking out, and the trailer. 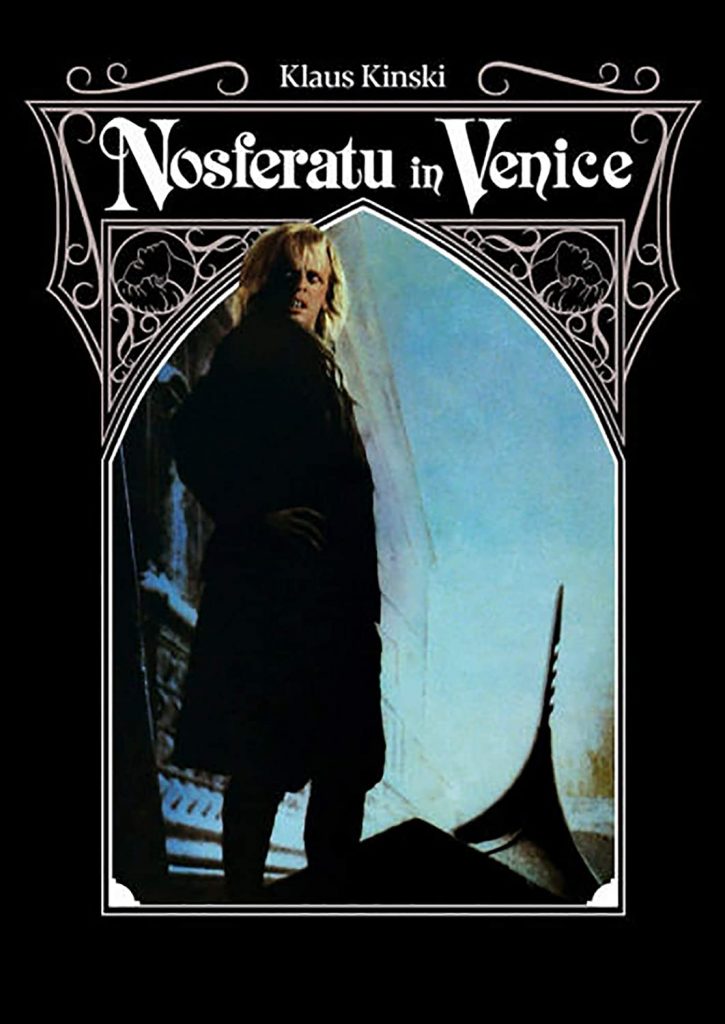